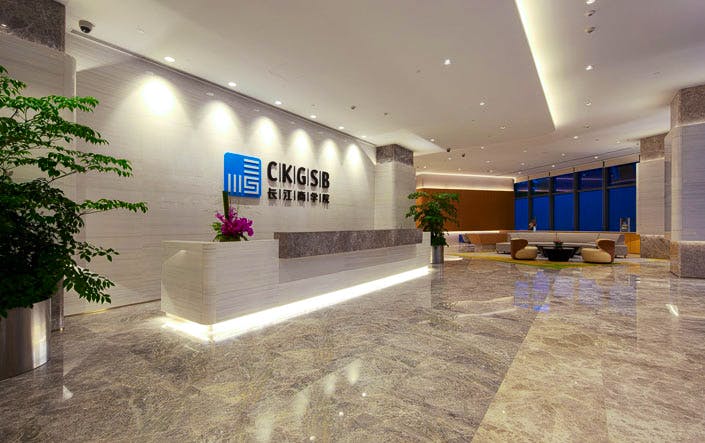 When Jesse Darja first visited Beijing as a teenager in the early 1990s, people were still going around town on bicycles. Later, as a budding engineer in the early 2000s, he saw just how much the country had changed—skyscrapers had gone up, roads were bustling, Beijing and Shanghai shone with big industry and neon lights.

“The thing that shocked me most about China was the speed at which things go. China has undergone such a huge transformation in just 10 years. I’ve no doubt that this century—similar to how the twentieth century was the US century—will be the Chinese century.”

Jesse, a native Indonesian, worked for over a decade in manufacturing across Asia while China remolded itself into the factory of the world. He chose the CKGSB MBA to explore how his country, too, might follow in China’s footsteps.

More than that, Jesse wanted to change career track and make an impact. After his MBA at CKGSB, he returned to Indonesia—this time as an entrepreneur.

Jesse grew up in Jakarta in the 1980s under President Suharto’s ‘New Order’—a 31-year rule, which while controversial, also saw significant economic growth.

In 1997, the Asian financial crisis hit Indonesia hard. There was huge upheaval, and Suharto was forced to resign.

In part because of the situation at home, Jesse went to the US to study engineering at Cornell University. He graduated in 2000 and planned to continue his studies the next year. But, after 9/11, visa issues made it difficult to stay.

Again, Jesse was on the move—this time to Tokyo, where he completed a PhD in electrical engineering before working across Asia, in Japan and Singapore, designing product components for tech firms like Apple and IBM.

Japan was a high-tech engineering hub. Pre-iPhone, Japanese firms like Sony were leading the way. But, around the same time, Jesse’s attention was drawn to another big player in the East, enjoying its own technological revolution.

In 2012, Jesse arrived in China for his MBA at CKGSB, knowing he’d return home to Indonesia after graduation. Since the late 1990s, the country had stabilized and was starting to follow China’s lead, transitioning into a center for manufacturing.

“I’d seen how China had developed. I wanted to get closer to China, learn some business in the process, and get some clues about how Indonesia might develop over the next decade or so,” Jesse explains.

“Another reason I chose CKGSB was because of its focus on entrepreneurship,” he continues. “I knew that working for multinational companies was not really my thing. In the back of my mind, I had the idea of starting my own business.”

At CKGSB, Jesse picked up the tools which would help him make an impact back home.

Then, quite unexpectedly, his career started sounding a different tune when, after his MBA, he teamed up with Henry, an old family friend.

Henry was building his own guitar effects pedals as a hobby and selling them on eBay. They were popular; people from all over the world were buying his products.

Jesse had very little knowledge of the market. He played the violin—“I wish I played the guitar; it’s a much cooler instrument!” he laughs. But, with his MBA behind him, he saw the potential.

“I thought this could be a business opportunity,” Jesse recalls. “I set up the business operations-side and, in the beginning, we sold about 30 units a month. Now, we sell at least 300.”

“What I learned from my MBA experience helped me jump-start the company,” he says. “I wouldn’t have been able to grow the company as fast as I did without it.”

“A few of my classmates introduced me to suppliers as well,” he continues. “At CKGSB, I learned about the dos and don’ts of business in China. When I went to visit companies in smaller, third-tier cities, I knew what to expect.”

Now, Jesse is living back in Jakarta as planned, developing his business from the home he grew up in. He’s competing in a crowded market, so finding an edge is essential.

His aim is to turn GFI Systems into a go-to company for musicians around the world, and help put Indonesia on the map.

“The challenge now is to scale up,” he says. “The manufacturing infrastructure in Indonesia is not as developed as it is in China. We have to import a lot of components, and importing to Indonesia is not easy—there are a lot of restrictions.”

Jesse teaches part-time at Jakarta’s Prasetiya Mulya Business School—the first to offer an MBA degree in Indonesia—alongside running his own business. In the future, Jesse wishes to promote knowledge-based exchanges between Indonesia and China in areas where both countries can mutually benefit each other.

Jesse is happy where he is right now. But he knows that to really grow his business, he’ll probably have to set up operations in China, where most of his product components come from. With an MBA from CKGSB on board, he has the China knowledge to do just that.

10 Reasons Cheung Kong Graduate School of Business (CKGSB) is the Elite Business School in China
Why This Student Chose to Study an MBA at CKGSB in China over a European School
CKGSB – Cultivating Future Business Leaders with a Strong Sense of Social Responsibility
Why Cici Liu Quit Her Wall Street Job and Went Home to China for her MBA
Amorepacific’s eldest daughter Chose an MBA in China
As an international student, can I land a job in China?
Sankar Nohan: Taking The Leap and How an MBA at CKGSB Bagged Him a Job at Amazon