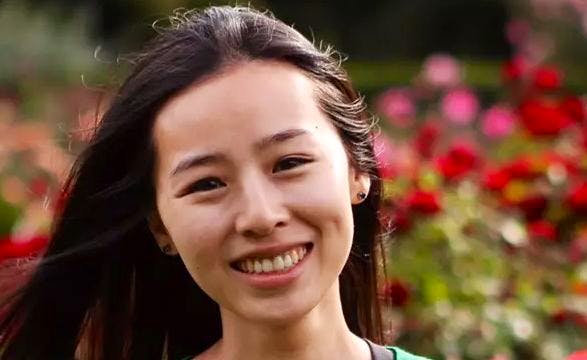 The storm on Wall Street was in full fling. Lehman Brothers had collapsed. There was a recession and emergency legislation. There were multi-billion dollar bailouts, closures, and bankers losing their jobs. The whole world was descending into financial chaos.

Cici Liu, a fresh-faced college graduate in her early 20s, was there in the middle of it all. She’d interned at Goldman Sachs in the summer of 2008 and joined Oppenheimer & Co full-time in 2009. But, as a young woman in finance, things were a far cry from the party-fueled, hedonist lifestyle of the ‘Wolf of Wall Street.’

Mostly, Cici was tired. She would leave her parents’ home in New Jersey to start work at 9am every morning, not returning until 2 or 3am the next day.

“The feeling on Wall Street was one of morbid humor,” Cici recalls. “Banks were failing; everyone was blaming the bankers. Everyone was thinking: what could happen next?”

“You start to ask yourself: is this really what I want to do with my career? You’re doing long hours; wasting your youth at the office doing PowerPoint presentations. I thought, I only have one life— why waste it?”

Early on in her professional life, Cici decided to go her own way.

Born in Harbin, China, in 1987, Cici was brought to the US by her parents when she was only four. Theirs was a classic, first-generation immigrant story.

Cici’s parents left government jobs in China to go to the US. When they first arrived, they worked in Chinese restaurants where, unable to afford childcare, Cici would sit and play in a backroom or a cleaning closet.

Cici spent much of her childhood in Princeton, New Jersey, in a suburban, Truman Show-like development—15 identical models of houses clustered together on one block. Still, the Chinese influence stayed strong. When Cici’s parents moved into their new home, they made sure it was orientated on a north-south axis; a critical concept of feng shui.

Cici travelled back to China every year. And, slowly, as China grew as a center for exports, her parents built their own textile company focused on trade between China and the US.

“I was very influenced by my parents in terms of wanting to do something business-orientated,” Cici explains.

“In my area, there were a lot of immigrant families trying very hard to keep their own language and culture—my parents would ignore me if I spoke to them in English!” she laughs. “My mom volunteered as a teacher and every weekend—from elementary to middle and high school—I’d go to school to learn Chinese.

“Of course, I didn’t enjoy it! All of my friends were going out over the weekend. At the time, you’re thinking ‘This has nothing to do with my life!’”

Ultimately, it would. After leaving Wall Street, Cici spent five years working for an automotive aftermarket firm on the US East Coast. But she wanted more. At that time, a lot of her friends from similar backgrounds had gone back to China. They told Cici about the opportunities there, urging her to give China a try.

That’s exactly what she did.

Cici got admissions offers from both Cheung Kong Graduate School of Business (CKGSB) and China Europe International Business School (CEIBS) for her MBA. She chose CKGSB for a more personalized experience—there are fewer students in the MBA class—plus a more China-centric approach.

“CKGSB is known in China for being the school of the Chinese entrepreneurs—this new generation who were able to grow their own companies,” Cici explains. “Culturally, I’m pretty American. Part of my goal was to immerse myself in China, and that was better done at CKGSB.”

From Beijing, Cici and a group of her MBA classmates would often go to the train station, see what tickets were available, and pick a random city to go and explore. They’d get confused looks from locals, walking around parks in third or fourth-tier cities, like Linfen and Jinzhou in the industrial north.

“Coming to China was a very big challenge for me; one that I devised and wanted to overcome for myself,” Cici continues. “I used CKGSB to take that time to make a transition.”

An MBA at CKGSB translated into a job in China. Cici got a job offer from PepsiCo in August 2016. She graduated in October.

Now based in Shanghai, Cici is working on PepsiCo’s China strategy. In the drinks industry, traditional retailers—supermarkets and hypermarkets—are competing with emergent e-commerce platforms, and Cici is looking at potential new customers in that space.

On another project, she’s monitoring the Chinese government’s next five-year plan of development around second-tier city clusters. Investment in infrastructure will mean new consumers in the coming years.

“Everything is changing so quickly,” she says. “In New York, it’s taken 80 years to build the Second Avenue subway line, and it’s still not done. Shanghai can build five subway lines in a year!”

While it depends on the industry, Cici has found increasing opportunities for women in business in China.

“As a woman on Wall Street, I didn’t see many role models in higher-level positions,” she says. “At associate or analyst level, you had a 50-50 gender split. But once you got to VP or MD level, there were very few women in the entire company.“

“Now, just looking at my company (in China), over half of the senior leadership team is female. There are more opportunities here. And an MBA will give you access; it will give you a foot in the door.”

Once again, Cici is operating in an environment at the center of the world’s attention—this time, not in crisis, but dynamic growth. She’s excited about the future.

“What motivates me is somewhere where I feel I can make a difference, and somewhere that provides me with the lifestyle I’m looking for,” Cici explains. “I’m really liking life in China right now. If I find the right opportunities here, I will definitely stay.”