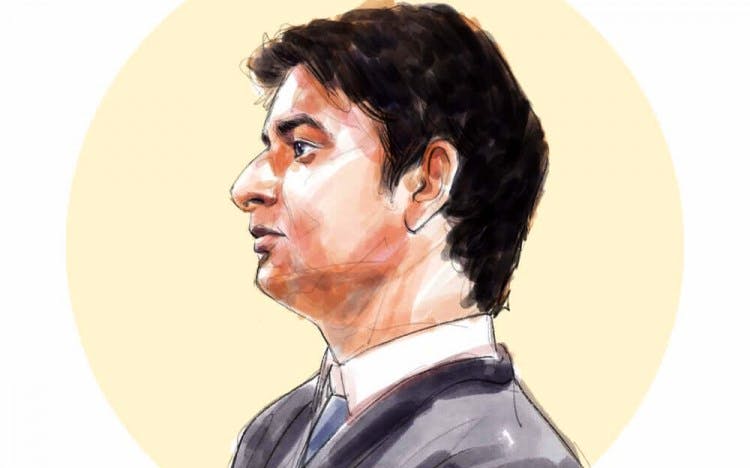 When Sankar Nohan arrived in Beijing for language college, he was late. The doors to the college accommodation were locked. On his very first night in China, he stayed in a cheap hostel, not knowing a single word of Chinese and with only a few US dollars in his pocket.

After six months of intensive Mandarin, and with a background in tech, Sankar started to see China as somewhere he could build a career. Business school in China was the next logical step.

A few years after his MBA at CKGSB, he was back in Beijing working for one of the biggest tech companies in the world.

Born in Kochi in the south of India in 1983, Sankar was exposed to business from the start.

His father was an entrepreneur who, at the age of 22, moved from Delhi in the north to set up his own restaurant chain in the south. After Coca-Cola pulled out of India under the communist government of the 1970s, he ran his first 20-seater restaurant out of a disused Coca-Cola warehouse in Kochi.

Growing up, Sankar, his mother and elder brother, would help out in the kitchen, making curries and rotis for the restaurant’s northern-influenced as well as southern Andhra, or Telugu, cuisine—the hottest food in India.

All the food for the restaurant was prepared in the family home—each room was filled with different-sized pots and jars, natural spices and curry bases. Sankar’s childhood was characterized by cost- cutting, school holidays spent working in the restaurant, and a family pulling together for a common goal.

“When people ask you, ‘Who do you admire the most?’, many people say Mahatma Gandhi or Mother Teresa. I say my mother and father,” he says.

“I’ve seen my father work from morning till midnight on his business. He came to a new place fresh out of college, took the risk and started a new business with no knowledge of the local market— that’s what I really admire.

“My mother is from a family with enough wealth that the next two generations don’t even have to work,” he continues. “When she got married to my father, she moved into a single bedroom apartment. But she stuck with him and is enjoying the fruits of it right now.”

Sankar’s father now manages three restaurants in Kochi. With his elder brother destined to take over the family business, he’s always looked to try something new.

Sankar’s passion for technology started from a very young age. Even when money was short, his father made sure he had the latest tech magazines, laptops, and PCs. He studied technology at university and went on to work as a software engineer in Bangalore, India’s burgeoning tech startup hub.

But he soon became disillusioned by his job and the lack of opportunities at home. Just after the 2008 Summer Olympics in Beijing, he decided to drop everything and go to China.

“I wanted to see a different country, to learn the language, meet new people, and build my network,” he says. “In India, we have a vast talent pool, but the opportunities are different from the ones that you have in China.

“China has a vast amount of resources and a good infrastructure for tech. I thought that, with my background in IT, I could start something for myself or find a job out there.”

Sankar chose CKGSB for his MBA, impressed by the quality of the school’s professors and China- centric approach. During his MBA, he interned at a Chinese IT firm in Fujian. But afterwards, things got a little tricky—the financial crisis hit multinationals operating in China hard.

Life took Sankar back to India where he married and landed a job as a business analyst. Still, Sankar always had one eye on China. He decided to put his resume up on a Chinese jobs website. A week later, he got a call from Amazon.

English, and who could work with people from different cultures,” Sankar recalls.

Full of excitement, he flew to Beijing for one day of five different interviews, 45 minutes each. He got the job. For Sankar, it was proof that his career risk had paid off, and that the long-term value of an MBA in China is strong.

[bctt tweet=”“I had tunnel vision before CKGSB,” he explains. “At CKGSB, they take you out and show you how business works, what opportunities are out there, and how to understand business in different countries.” username=””]

“A lot of companies like Amazon are still developing their business in China. If you have China experience, it gives you an edge,” he continues. “The knowledge I gained—in business, marketing and strategy—I see that automatically coming into play in every job I take.”

Sankar’s career at Amazon has seen him work across a variety of international locations and functions—the average time an Amazon employee stays in any one role is under two years.

From retail business services in China, he worked a 24/7 job on Amazon’s Launchpad program for startups, based out of India, but traveling to the US and the UK, and dealing with stakeholders in Japan, France, and Germany. 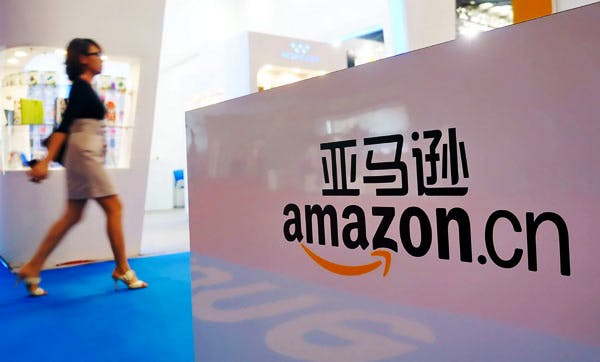 Now, he’s just started a new role in advertising services in Luxembourg, moving over with his wife and six-year-old son. His wife, who ran her own fashion e-commerce platform in India, is considering starting her own restaurant. There’s a big population of southern Indians in Luxembourg, but no restaurants to cater for them—things are going full circle.

Sankar plans to stay put for the next five years. By now, he’s used to being on the move—he calls China his second home. He smiles when he thinks back to his business school days, and making the move that would transform his professional life.

“It was my first time travelling out on my own, faced with a new culture and new people,” he says.

“Every day, I thought, I’ve left a very good job behind, I’ve taken the risk of starting something new, but I’m in it now—there’s no looking back!”

10 Reasons Cheung Kong Graduate School of Business (CKGSB) is the Elite Business School in China
Why This Student Chose to Study an MBA at CKGSB in China over a European School
CKGSB – Cultivating Future Business Leaders with a Strong Sense of Social Responsibility
Why Cici Liu Quit Her Wall Street Job and Went Home to China for her MBA
Amorepacific’s eldest daughter Chose an MBA in China
As an international student, can I land a job in China?