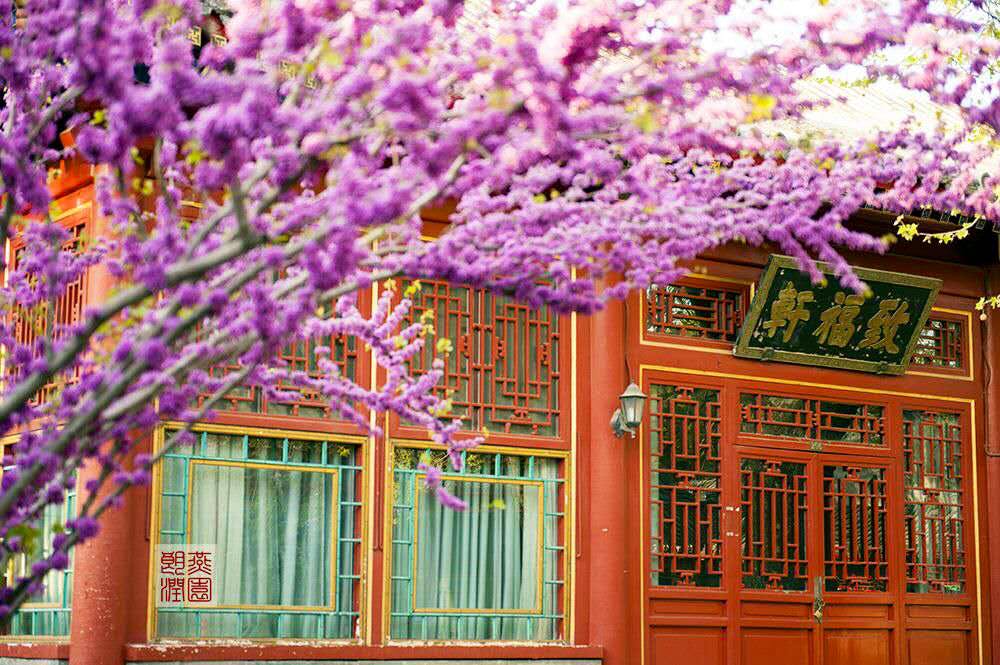 Langrun Garden, with a square of 7 hectares, is located in the northeast of Peking University (PKU) campus. Walking along the Weiming North Road, you may encounter the beauty of this garden unexpectedly.

Hundreds of years have slipped away since its foundation. Witnessing convulsion or peace, the garden always represents the best-preserved amongst all PKU gardens, with buildings of distinctive Manchurian features, layout of traditional Chinese style and rockeries with peculiar shape unchanged since the end of the Qing Dynasty. 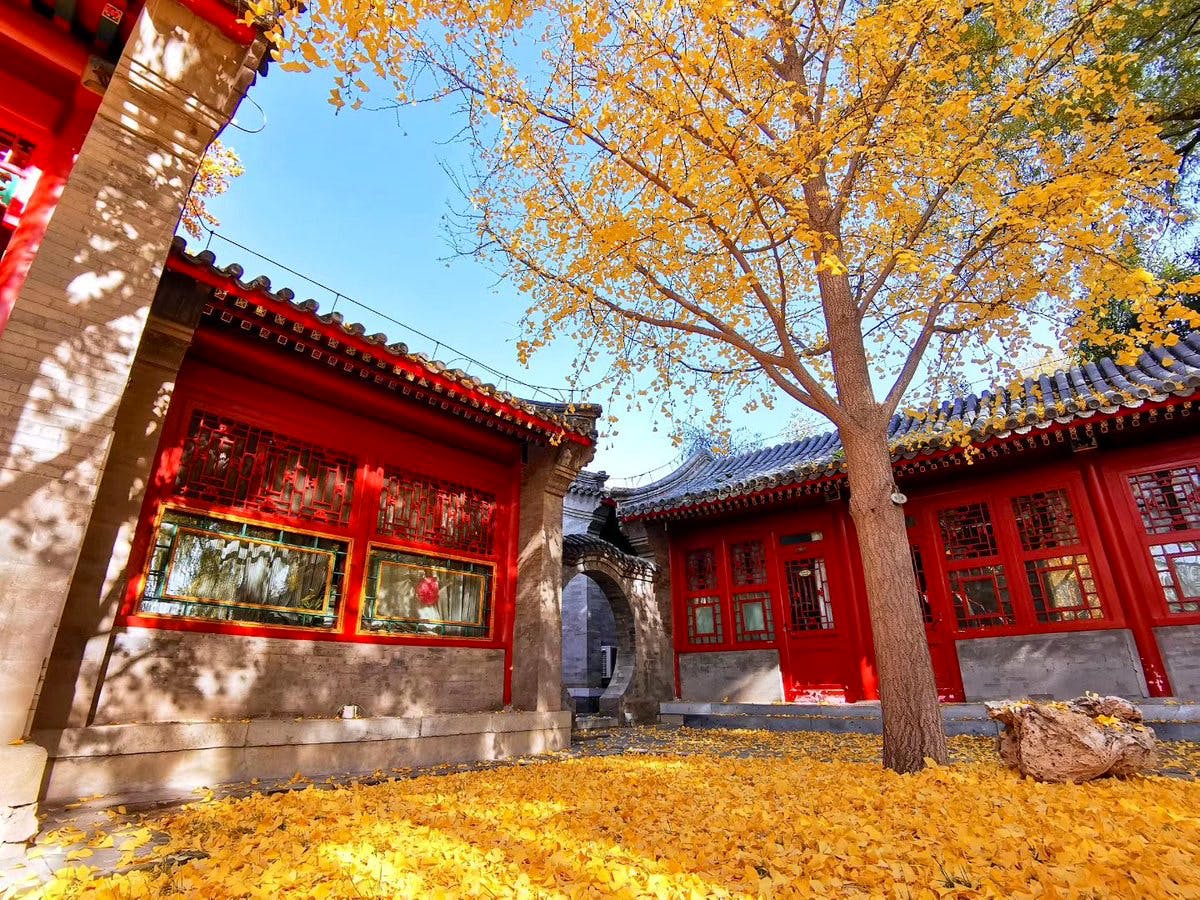 Langrun Garden also excels in its design of waterscape. The water from Wanquan River meanders through this adorable little garden from the northwest to the southeast, nourishing lives inside the garden and, together with willows, flowers, rockeries and palaces, makes for an unspoiled serenity.

The main buildings of Langrun Garden lie in a square island surrounded by brooks and lakes, with bridges linking to shores on both sides. 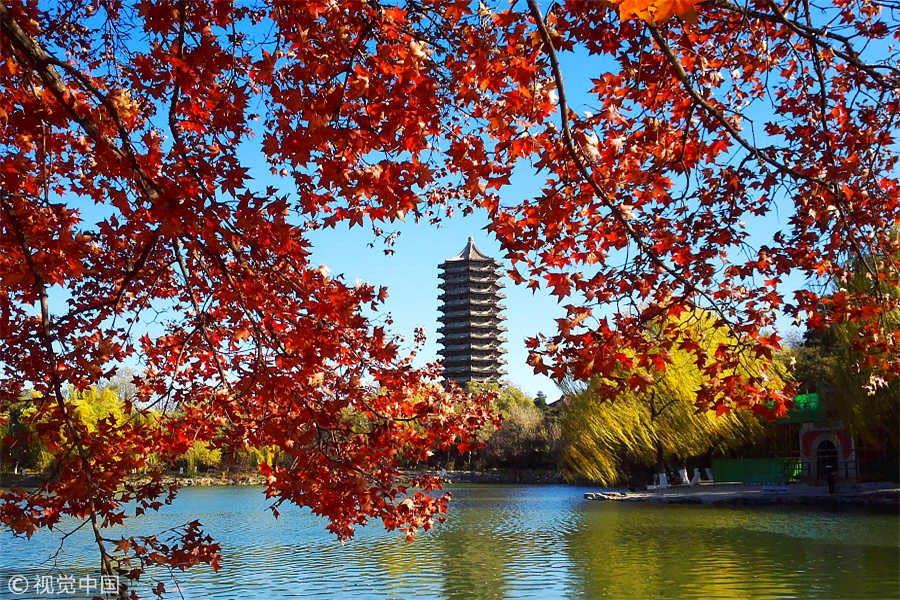 People may link the word “Langrun Garden” with Professor Ji Xianlin (1911-2009), a world-renowned polyglot who lived there for more than 40 years.

For Professor Ji, Langrun Garden was more like a home offering inspiration than merely a residence: the garden’s scenery enlightened him in seeking the true meaning of life, as he wrote in his prose collection Essay on Langrun Garden.

Indeed, for anyone strolling in Langrun Garden, the garden seems to be a magician who transforms the dramatic changes of centuries into a slowly flowing stream that easily triggers one’s philosophical contemplation. 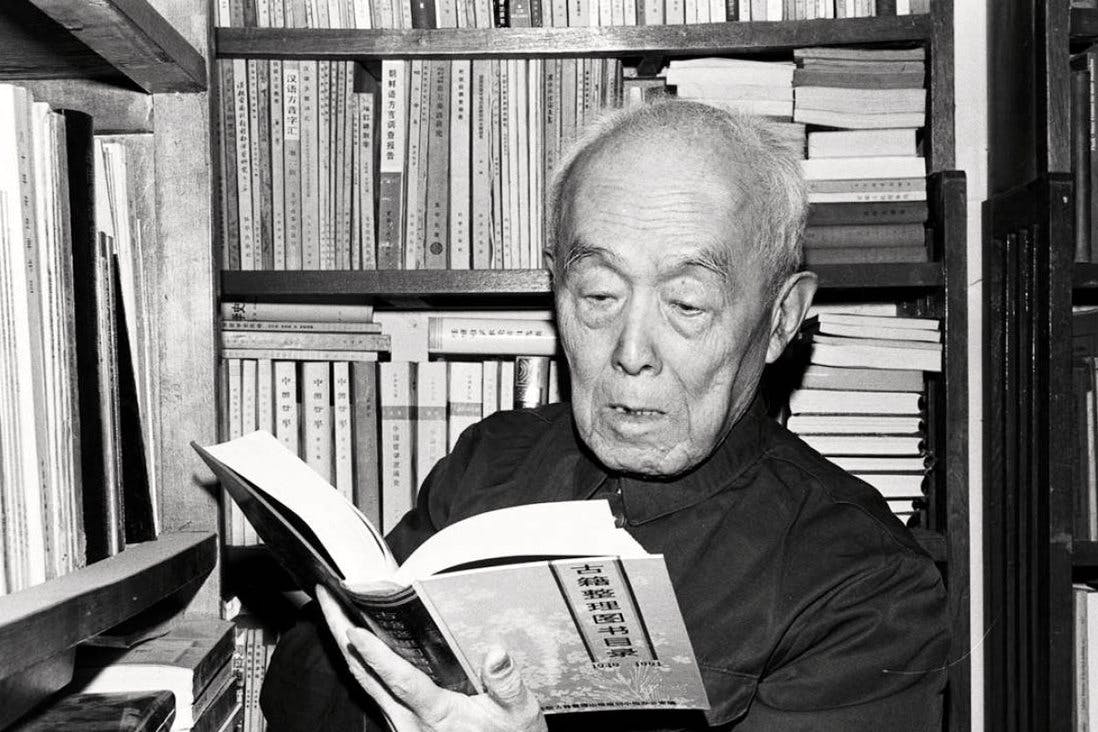 Professor Ji Xianlin in 1996 at his home library.

The exact year of Langrun Garden’s construction is obscure, but its birth is no doubt earlier than Emperor Jia Qing ’s enthronement in 1796. The garden was first granted to Prince Yonglin, one of Jia Qing’s brothers, when it was still called Chunhe Garden, a name eulogizing the mild weather of spring.

Then in 1852, the 2nd year into Emperor Dao Guang’s rule, the garden was vested in Prince Yixin (1833-1898), who later expanded building clusters and renamed the resort as Langrun Garden, which means “bright and lustrous garden” in brief. After Yixin’s death in 1898, Langrun Garden was designated as the venue of the Department of Imperial Household of Qing Dynasty. 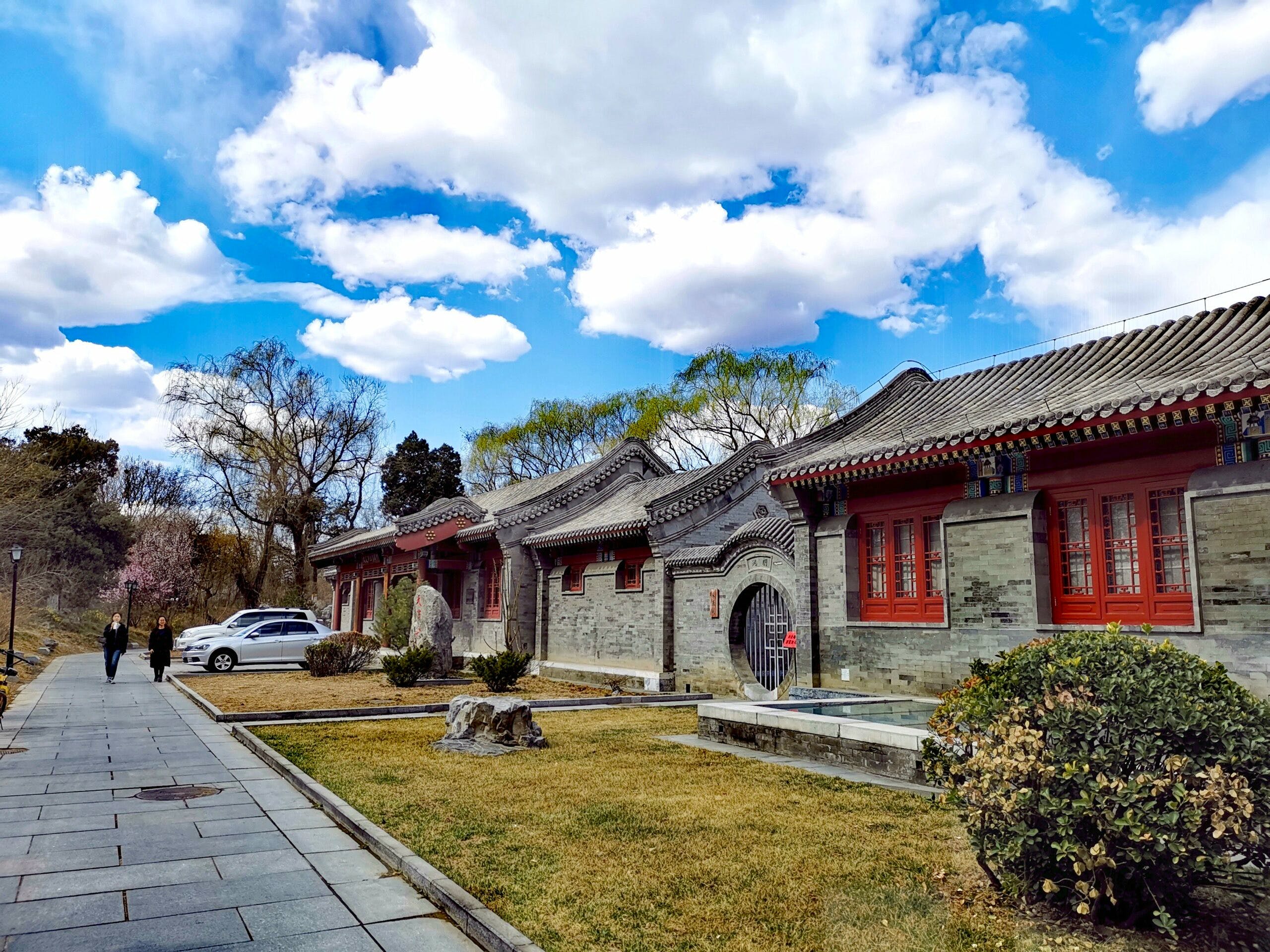 White fluffy clouds drift by in blue skies over Peking University as seen from Langrun Garden in the northern part of campus.

The last owner of Langrun Garden was Zai Tao – typically known as “Taobeile” for elder Beijingers, for his royal background and love for horse selection, Peking Opera and culinary. Langrun Garden was more of a witness for Zai Tao’s endeavor in rescuing antiques from the Old Summer Palace, which was destroyed by the Eight-Nation Allies.

Zai Tao managed to rescue some ancient stoneworks, including five stone screens of Water Spray Timer, the roll-tailed stone fish (which now lies in the Weiming Lake), two stone kylin (a mythical animal symbolizing longevity and good government in Chinese legend) and Danchi (red-painted floor above the vermilion steps leading up to a palace hall). These antiques were placed in Langrun Garden for decades without disturbance from invaders. 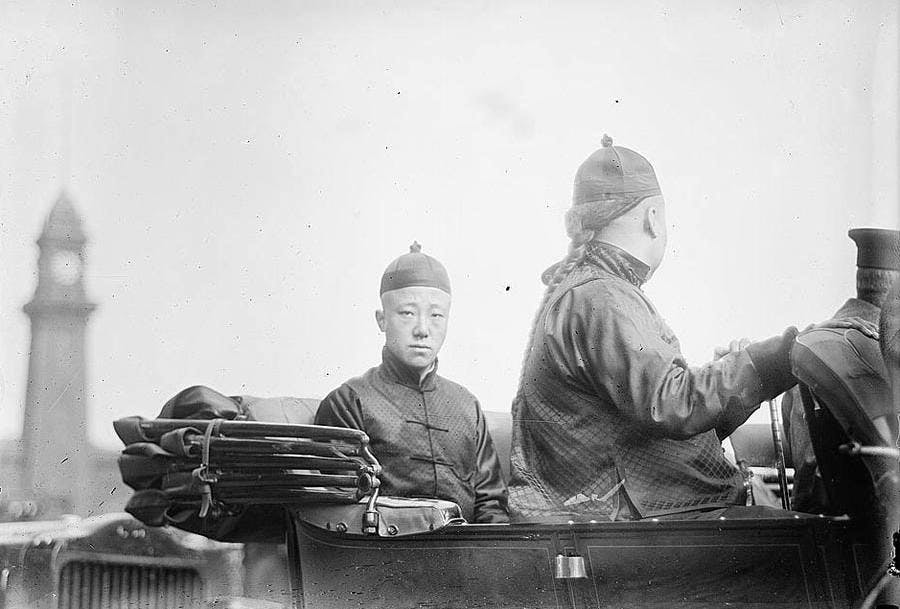 Zai Tao sold Langrun Garden to Yenching University (the campus of which Peking University later took over) in the 1920s. In 1957, PKU built six dormitory buildings for its staff (e.g. the 8th, 9th. 10th, 11th, 12th, 13th apartment flocks) and a hostel in the east and 203 bungalows scattered in the whole garden.

These architectures, though incompatible with the garden’s original style, brought no changes to the basic layout of its landscape. So far, Langrun Garden is still home to several palaces, winding corridors, gate towers and 45 old trees, preserving the splendid traditional culture.

The garden later went through two renovations in 1995 and 2001 respectively, which finally integrated new architecture into this traditional royal garden. After the first-stage revamp, the China Center for Economic Research added a building group in the east of Zhifuxuan, consisting of three pagoda-roof buildings linked by winding verandahs. 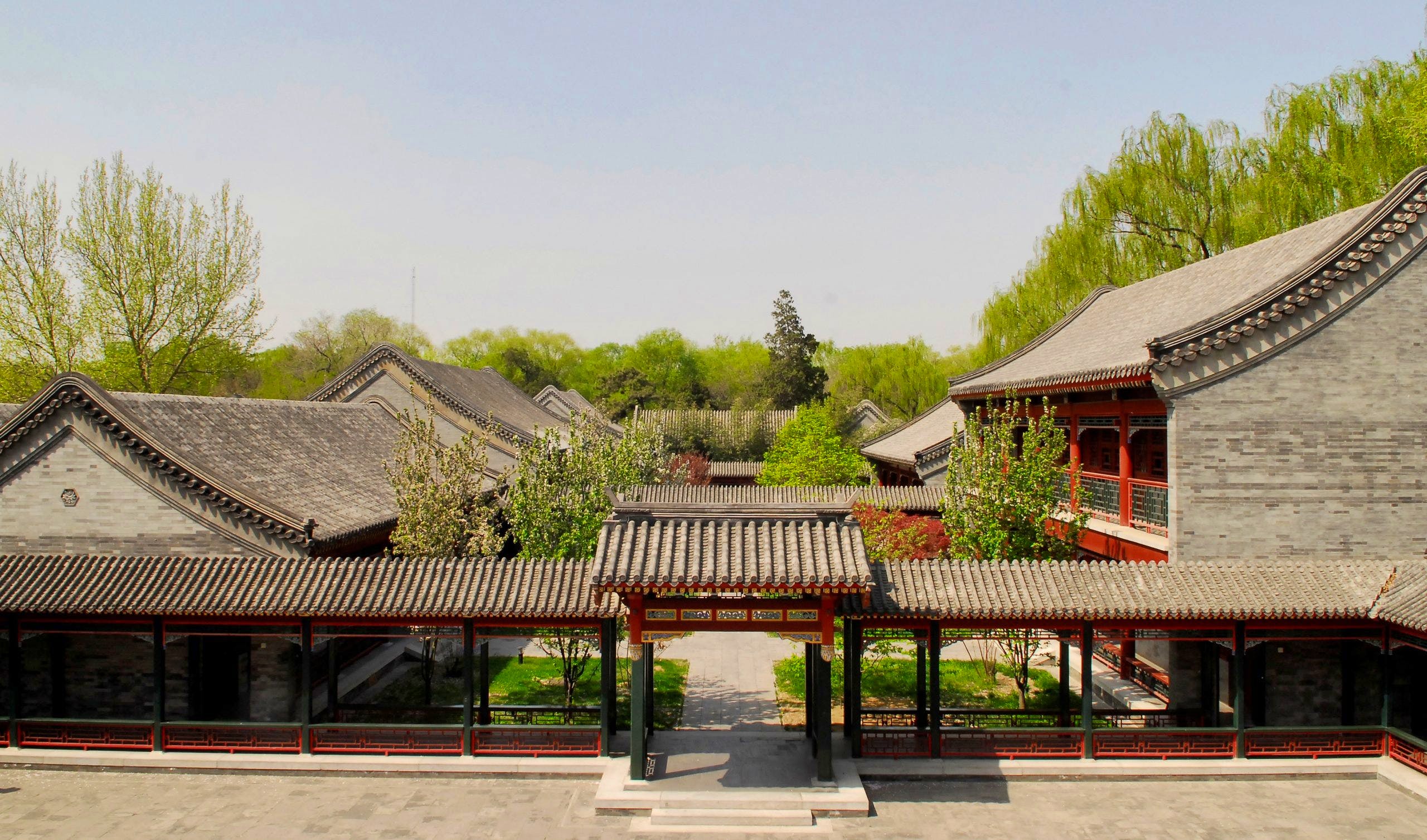 The architecture at Langrun Garden is characterized by winding corridors and gate towers.

The construction was sponsored by Mr. Wan Chung, an entrepreneur from Taiwan. Therefore, the building clusters were named as Wanchung Garden, both as an appreciation of Wan Chung’s donation, and showing the unity of the Chinese for a brighter future.

One of the key activities Langrun Garden witnesses annually is the open day of NSD, when freshmen visit Langrun Garden and share their views on national policy and economics with many renowned NSD professors, including Justin Yifu Lin, Zhou Qiren, Min Weifang and Yao Yang.

Going forward, Langrun Garden will continue to embrace new blood and young thinkers, who are bound to be pioneers in science, art and economics in the future—quietly and elegantly, at Langrun Garden, the land of tradition and transformation. 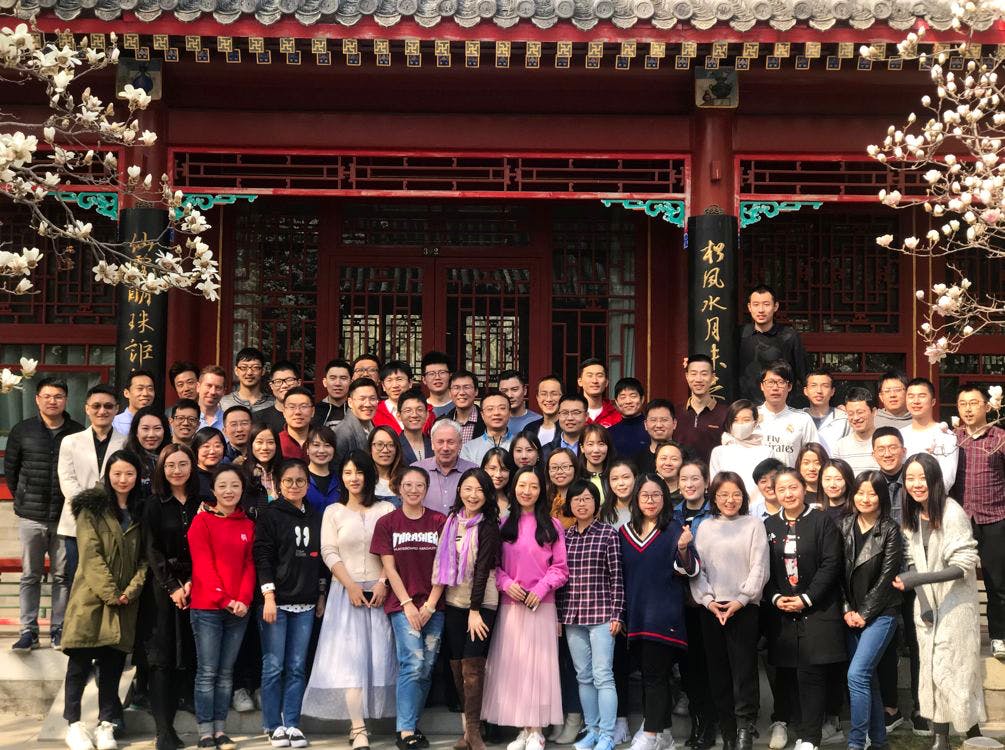 About The National School Development Of Peking University

The National School of Development is the leading university think-tank in China. NSD provides students with a platform to understand micro- issues from a macro- standpoint and truly grasp the ‘big picture’ in management. This is the reason NSD is known as the ‘Business School within a think-tank’.

NSD’s PKU-Vlerick MBA and PKU-UCL MBA have produced thousands of business graduates that have contributed to China’s transformation into a global economic power. MBA programs at NSD rank high in MBA global rankings every year. Here’s a summary of the rankings:

Check application deadlines and start applying to increase your chances of getting accepted.