For decades Hong Kong has been the gateway to Asia. However, there is a new challenger for the title and it is just across the border – Shenzhen.

From a sleepy fishing village 40 years ago, Shenzhen is now a bustling mega-city and one of the fastest growing regions in the world. Shenzhen has experienced an average annual GDP growth rate of 30% in the past two decades, expanding by 7% to 2.6 trillion yuan (US$374 billion) in 2019. Its population now stands at 13 million, almost twice the size of Hong Kong.

With its investment-friendly policies, futuristic landscape and innovative vibe, millions of talents, tech graduates, entrepreneurs and renowned corporations flock to Shenzhen every year.

Its finance, tech and manufacturing industries as well as its booming startup culture attracts a large and dynamic population of young talented professionals who come from different parts of the world. The city embraces a diverse migrant culture with short and long term residents welcomed as “Shenzheners”.

But more than a glimmering proof of China’s economic miracle, Shenzhen also boasts of a vibrant metropolis with thriving arts, education, cuisine, music and nightlife.

If you don’t know much about Shenzhen already, get to know the city better and discover why it’s the best place to study in China!

Shenzhen is located in the Pearl River Delta in southeastern China. Home to over 68 million people and with a GDP greater than South Korea, this has become one of the wealthiest regions of China. It includes the provincial capital, Guangzhou and borders on the Special Autonomous Regions of Macau and Hong Kong.

Access from abroad or travel within China is made easy by the three major international airports in close proximity to Shenzhen (Shenzhen Airport, Hong Kong Airport and Guangzhou Airport). It is connected by a well-developed highway system in addition to China’s ultra-efficient bullet train network which can take passengers to either Guangzhou or across the border to Hong Kong in less than 30 minutes.

2. The business and technology hub

Shenzhen’s success is built largely on its location and establishment as China’s premier Special Economic Zone (SEZ). Despite the youth of the city, statistics and facts underline this achievement.

Shenzhen has earned the title of China’s most economically competitive city (Chinese Academy of Social Sciences), attracting 51.5 billion yuan of foreign direct investment in 2018. It houses the 8th largest stock market in the world with a market capitalization of $3.36 trillion. It has the world’s fourth largest container port and China’s fourth largest airport for cargo.

Shenzhen is also identified as China’s Silicon Valley, being home to over 14,000 high-tech companies, including technology giants Huawei, Lenovo, DJI and Tencent. However, the numerous world-class organisations are matched by a burgeoning number of startups, all vying to come up with the next great innovation. 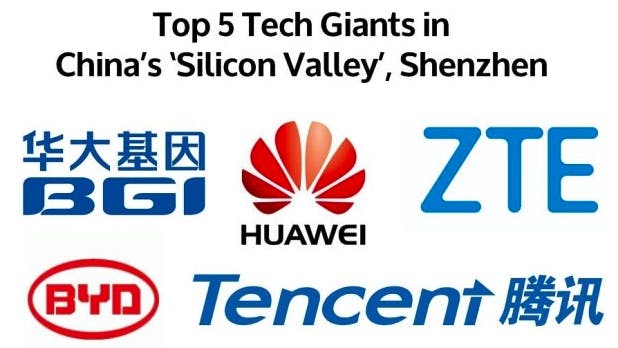 This success has caused many aspiring youth to make this city home. While an aging population is a problem in many parts of China, the average age in Shenzhen is 28 years old. Residents aged 20 to 29 represent 35.77% of the city’s population.

Shenzhen’s educated population also exceeds other major cities in China. Well over 10% of Shenzhen residents have postgraduate degrees. As of 2020, the median salary in Shenzhen is 30,900 CNY per month, amongst the highest in China.

Shenzhen’s dynamic nature is a paradise for young people and has become a defining characteristic of the city.

3. City of the future

Shenzhen is already one of the world’s most futuristic cities. The range of technological expertise in the city has made it the leading smart city in China and the world’s role model for smart and safe cities. The Shenzhen lifestyle is enhanced by strengthening the ICT infrastructure, improving connectivity and adapting artificial intelligence to the needs of residents and authorities.

As a center for research and development, Shenzhen based organisations are pioneering several high-tech sectors, such as mobile technology, DNA sequencing, meta-materials, and 3D displays.

Around Shenzhen, eye-catching skyscrapers mark the landscape and new buildings can be seen every day. Shenzhen is home to two of the tallest buildings in the world, the Kingkey 100 and Shun Hing Square with further landmarks in planning.

While already setting new standards, Shenzhen will only continue to grow. It has been designated as one of the four core cities to serve as the engines for development in the region and is widely considered a new model city for China. Future plans include bold reforms in Shenzhen’s legal, financial, medical and social sectors to make it a global ‘benchmark’ by the middle of the century. This includes construction of the Shenzhen Bay Headquarters City, a new district on the waterfront which will become the new city center.

While economic success and technological innovation is important, lifestyle makes a city somewhere people want to live. From sleek museums and sprawling marketplaces to scenic gardens and chic breweries, Shenzhen offers all kinds of people the facilities to make the most of their lives.

Nature lovers can enjoy Shenzhen’s great outdoors, with a variety of activities located close to the city centre. Yantian and Longgang host some of China’s best beach resorts. While Wutong and Tanglang mountains are just a few of the spectacular hiking destinations.

Shenzhen’s culture is on display in a range of vibrant art neighbourhoods spread throughout the city. OCT-Loft is a creative cultural district that houses contemporary art galleries, boho coffee shops and popular bookstores while Dafen is the world’s art factory and China’s oil painting village.

There are many historical sites and villages dotted around the city, foremost amongst which are the narrow alleys, antique shops and impressive fortifications of Dapeng fortress. However, the Shenzhen Museum also provides a convenient and detailed exploration of the history of China and this region.

Shenzhen has no shortage of shopping outlets. MixC and CocoPark are great for window shopping, Yitian Holiday Plaza houses western brands while the stalls of Dongmen Market offer a good deal if you’re a skilled haggler.

For nightlife, Shekou and Luohu is home to many nightclubs, curbside barbecue joints, music venues, karaoke lounges and sports pubs.

Sometimes referred to as the “Garden City of Tomorrow”, Shenzhen maintains a balance with the natural environment which distinguishes it from other Chinese cities – beautifully crafted botanical gardens, stunning panoramas, bay parks, mountains and beaches. 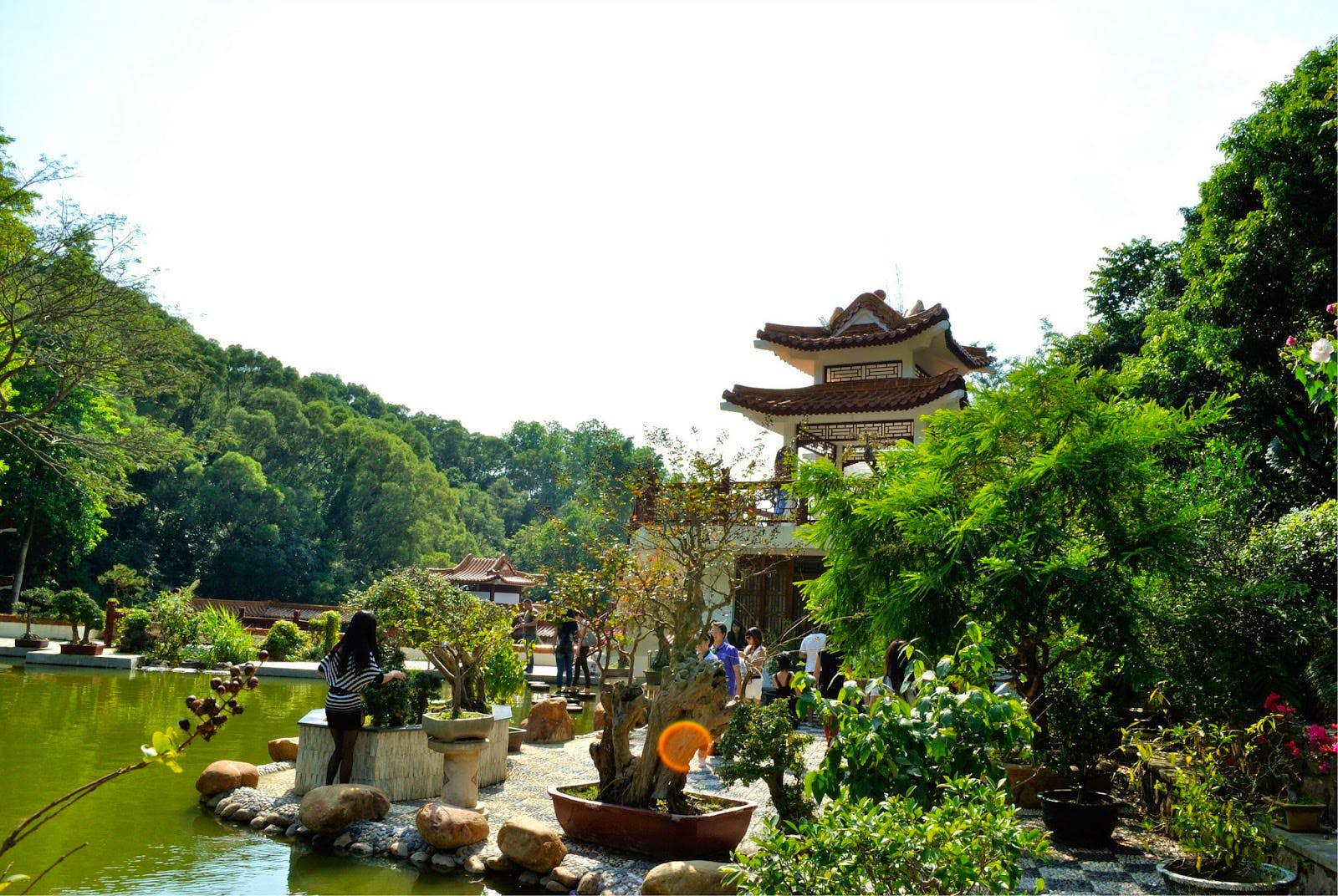 Shenzhen Fairy Lake Botanical Garden is a renowned botanical garden and scenic area in Shenzhen. It was built in 1983 and functions as a center for scientific research, education and tourism.

These achievements are only a work in progress, with further objectives for carbon emission reductions underway.

With a fast-growing economy, Shenzhen is supported by quality higher education institutions. The city has attracted some of the best universities, including Tsinghua University, Peking University, the Chinese University of Hong Kong, Moscow State University and the Southern University of Science and Technology.

Keen to tap into Shenzhen’s success, these institutions are building impressive campuses featuring world-class teaching facilities and internationally-educated professors which lead their graduates to internships and careers in Shenzhen’s elite industries.

7. Pleasant weather all year round

Shenzhen is a pleasant place to live all year round. The city has a sub-tropical climate – so it’s very humid during the rainy season (April to October). Winters are mild and a coat may be required on occasions, but the temperature rarely dips too low (never below 10 degree Celsius). Summer days fluctuate between blue skies and downpours, with temperatures usually maxing out at around 35 degree Celsius.

While Shenzhen is located in southern China, Cantonese is not the predominant local Chinese dialect in the area. Instead, due to the history of development and migration from around the country, the most commonly spoken language is Mandarin. While you are likely certainly hear Cantonese, Hakka and Teochew dialects spoken, it is an ideal location to learn Mandarin. Internationalization, a growing western influence and a large expat population means English is often sufficient for basic purposes. At present, the University has programs in science, engineering, economic management, health science and humanities and social science. The University is featured with an international learning environment, a bilingual teaching pedagogy, a collegiate system, general education courses, multidisciplinary programs and a student-centered educational philosophy.

Learn more about CUHK Shenzhen or search for the complete list of its programs here.