GMAT vs GRE – confused which test to take? Tetsuya Iijima is a seasoned GMAT instructor. He owns Affinity English Academy in Japan and has been training students and professionals to have the best scores in GMAT and GRE.

With 14 years of experience, Tetsuya has developed a keen eye when assessing the key strengths and weaknesses of test-takers. With his step-by-step method of evaluating their knowledge and skills, Tetsuya helps clients get a high score in either GMAT or GRE.

The Graduate Management Admission Test (GMAT) is a standard exam administered to applicants of graduate business school. It is conducted in the United States and many other countries. GMAT leans on reasoning and analytical writing.

On the other hand, the Graduate Record Examination (GRE) is a multiple-choice examination for general graduate school and MBA applicants. The exam focuses on mathematics and vocabulary.

Find out the differences between the two tests, why you need them and what you need to do if you don’t pass with flying scores!

What do you think about the Graduate Management Admission Test (GMAT) vs Graduate Record Examinations (GRE)?

That’s what I want to talk about the most today. My first advice is to start studying for the GMAT. There are three reasons why this is the first thing you should do.

One, based on my research, there are some schools who treat the GMAT vs GRE unequally. For example, a school did not allow the GRE until last year. It’s not on their official page, but the directors of the school announced it in seminars in Japan.

My friend Adam Marcus, who is a very reputed GMAT admissions guru is a graduate of master’s but not an MBA. In Oxford, they are stricter on GRE.

GMAT was created in the 1950s by a group of MBA schools. It’s great for busy people to learn. Learning sentence correction is good for business writing. It’s a good way to find out if a person can write and correct his own work.

GMAT is an excellent test for business people, whether they proceed to an MBA program or not.

On the other hand, GRE is a test of vocabulary and reading.

GRE is good for people who want to take literature, history, and similar majors.

The GRE was designed for that general grad school majors. I don’t think business people will learn as much in the GRE.

Number two, some schools prefer GMAT and number three, some people are required to turn in their GMAT scores when they find a job. This practice is common in the consulting industry. For these three reasons, I strongly recommend the GMAT first. This is my advice to most of my clients.

However, if for some reason you think you can’t do well in GMAT, then turn to the GRE. In the initial stage, in my first consultation, I usually advise people to take the GMAT practice exam and the GRE power prep.

I strongly advise taking these prep tests once or twice to know what the tests are like and so they can score higher.

If someone takes the GMAT three times and doesn’t get the score he/she needs, you should tell them to take the GRE first, even if they are not ready. I had a client last year who took GMAT three times. His highest score was under 600, I think the best score he got was 580.

Then, he listened to my advice and took the GRE test without much preparation. He got a score of 640 or 650 on the GRE. It ended up being his best score.

You can’t help but wonder why a lot of schools accept GRE, right? I think because they want something different, something that can gauge the students. On the other hand, for some programs, they prefer GMAT because they are more business-oriented.

There’s a relationship between GMAT scores and how well students do the MBA program. There is similar data for GRE, but not as much as GMAT. This is one reason why some schools are hesitant to accept the GRE. But now, most schools treat GMAT and GRE equally, and this is starting to be a trend.

What are the advantages of GRE?

On the part of the test taker, the GMAT can never be conquered no matter how much they spend time studying. In GMAT, the amount of time people spend and the score don’t really correlate. My analysis is because GMAT is a test of analytical skills, the more time you read books and solve questions doesn’t necessarily train someone to be a good analytical thinker. 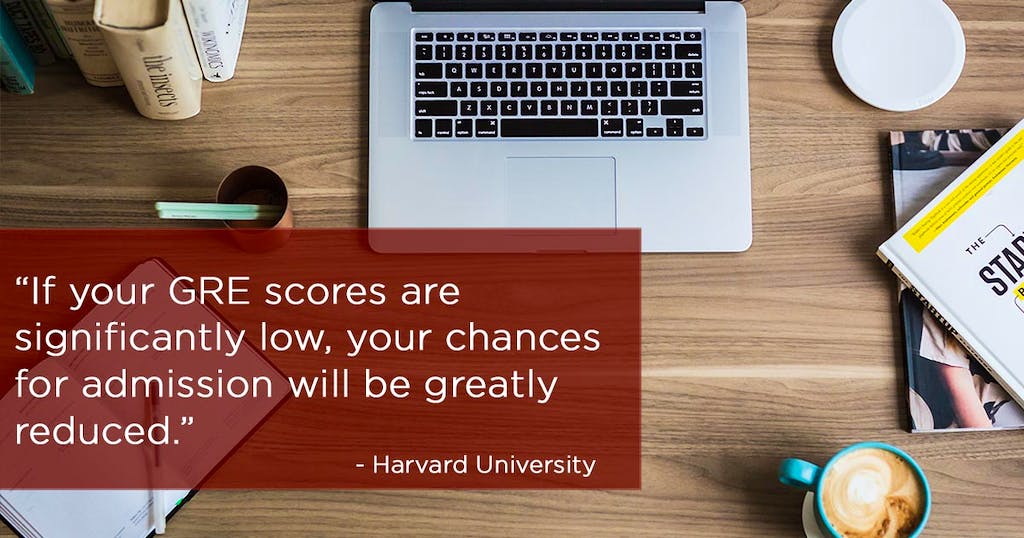 Whereas, in the GRE, it’s reading and vocabulary. The more time you spend on vocabulary, the more words you remember. Usually, your reading skills go up too. GRE gives you improvement as you go along, while in GMAT, some people never become confident or sense an improvement.

It’s important to remember that this is from a test takers point of view. So, the question is, what about people who had a high score on the GRE, were able to get into an MBA but they lack the skills for the program? It’s something that we all need to think about. Nobody knows the answer to that.

For someone like me who wants to help clients as much as possible, I’m very aware which test is best for the client. I’m building hypotheses on what kind of people fail in the GMAT or the GRE.

When I first see a client, I often look at what they do as a job, what they studied in high school and college, so I take in all these factors and variables. Then I ask them what they think of taking diagnostic tests.

You mentioned that it’s challenging to improve your score in the GMAT. What are some ways beginners can get better scores?

What I said was, not always, but that’s sort of true. Some people score 680 to 720 at the first try without really studying for the test. Some people are naturally good, while others spend 2 to 3 years and never score in the GMAT.

Even if the GMAT is not a test of English skills, it requires basic English and Math skills. My first advice is to have solid knowledge, background, and education in Math and English reading. I recommend a reading score of 28 and above before studying the GMAT.

In Math, you have many ways to measure your skills in the subject. Those who are good in Math usually have a test score of 47 to 49. Prepare for Math, be a good English reader, and then study basic grammar.

After they study these three things, they can come to me and they will be ready to take the test. Isn’t it common knowledge that to be critical and analytical in English, you have to know how to read English first?

Some people have the illusion that going to test prep school solves everything. These people who spend a lot of money and time, they come to me.

I usually tell GMAT takers to start from scratch. What I’m saying is, don’t rely too much on test prep schools.

GMAT is tough. One of the main reasons why questions are tough is because sentence construction has many parts which are arbitrary. In other words, whatever the question makes you think is the best answer. What’s a good sentence? What’s good grammar or bad grammar? There are a lot of subjective elements.

There are many people who get away with GMAT. Test prep schools start with sentence correction on the assumption that it’s where Japanese people can be good at. However, from experience, this is not really the case.

There was a woman who came to me before, she was applying at Stanford. From my analysis, she only needed like 680 or 692 to get accepted. We had an initial consultation and I found out that she was good at reading, but not in grammar.

We decided that she only study Math and critical reasoning. She scored 680 or 690, but sentence construction was horrible. Don’t let test prep schools decide which part you’re good in or which part you have potential in.

Do you think these tests can determine if a person succeeds in life?

I learned a lot from the GMAT. I have no formal training, but I have been teaching critical reasoning so it has made me a confident lecturer. I am also very comfortable with sentence correction, writing, and grammar. Many people also say this, that they learned a lot in the GMAT.

It depends on what you mean by “successful in life”. Studying for the GMAT helps you acquire a lot of skills that can be used in business situations. That much I can say. I’m actually promoting critical reasoning in high school education in Japan.

Do you think native English speakers or a specific group of people have an advantage in GMAT?

There was an American living in Tokyo, he needed someone who teaches GMAT and he heard about me. She didn’t care whether the instructor was a native or non-native English speaker. He took the GMAT three times.

Great interview Tetsuya! Thanks for sharing your expertise about GMAT vs GRE. Many people can use the helpful information when they take the tests.

If you want to advance your business career, search for MBA programs at China Admissions!