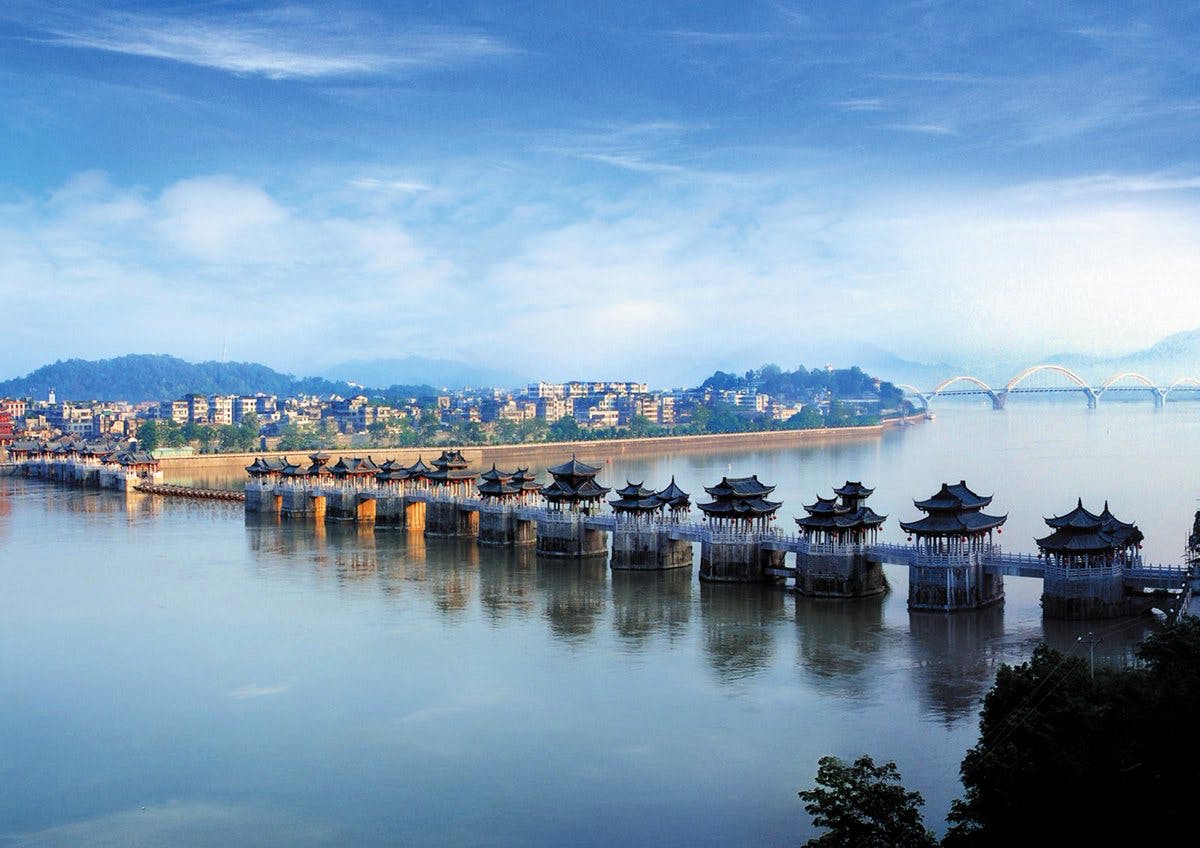 Shantou, located in eastern Guangdong, is one of the five original Special Economic Zones in China. The city is an important harbor and economic center, a knowledge hub, a leading port city and a top seaside hotspot.

The former fishing village turned major toy-manufacturing center may not be an obvious tourist destination, but it’s one of the best study-abroad destinations for a medicine degree.

In Shantou, you get to feel the rapid transformation of China while experiencing the peaceful and slower pace of living of the countryside. There’s something for everyone in Shantou – and you’ll discover it here!

10 reasons to study medicine in Shantou

Shantou is a bustling seaside city with a thriving metropolitan culture, a well-preserved heritage and warm and welcoming residents. If you want to totally immerse in Chinese culture, and study in a city unadulterated by Westernization, Shantou is your best choice.

Tourists don’t flock the city, which means it’s less crowded. In many rural areas in Shantou, residents are not used to seeing visitors. If you are looking to study in an off the beaten path, Shantou makes for an attractive spot. 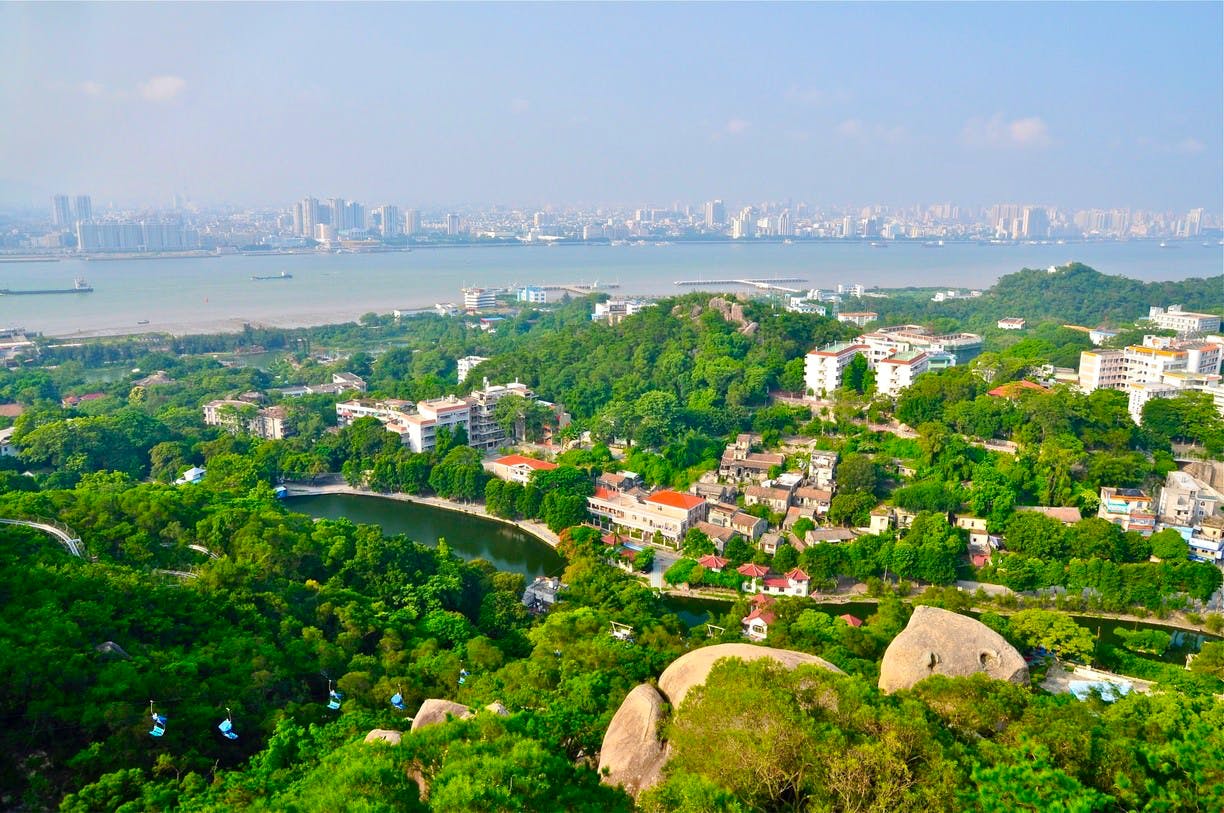 Shantou is an urbanized city but the cost of living is one of the lowest in China. Cost of living in Shantou is 3% lower than national average. For less than $500, you can live and study comfortably in Shantou.

While studying in Shantou, you can enjoy the stunning vistas of the sea and the continent. Visit Nan’ao Island, a famous island which sits just off the coast of the Shantou. Nan’ao is a fishing village known for oyster and seaweed farming. It’s a great place to have a nice seafood meal.

Aside from Nan’ao, you can also visit the Temple of Chinese Sea Goddess Lin Moniang in Mazhou Island or the two palaces to the Empress of Heaven in Mayu Island.

Nan’ao Island is the only island county in Guangdong Province,
and belongs to Shantou City.

See ancient ruins and traditional architectural Chinese buildings in Shantou Xitang Landscape Garden or go to Zhongshan Park built in memory of Dr. Sun Yat Sen, the father of modern China. Check out beautiful pagodas and temples in Queshi Scenic Resort and Longquan Rock Temple Complex and one of the biggest courtyards in Shantou at Chen Cihong Former residence. 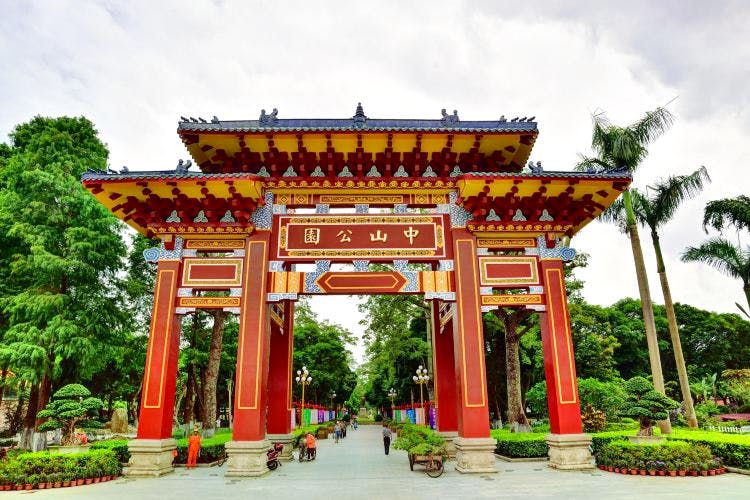 Shantou Zhongshan Park is located in the center of the city.
It was built in the autumn of 1926 and opened at the end of August 1928.
It is named in memory of the great revolutionary pioneer Mr. Sun Yat-sen.

Shantou city has one of the best climates in China. This means you won’t have a challenging time adjusting to the weather. Shantou receives abundant sunshine all year round because the city belongs to the subtropical marine and monsoon climate zone.

Shantou has warm winters, and rainy seasons in the months from April to September. Make sure to bring enough spring and summer clothes. 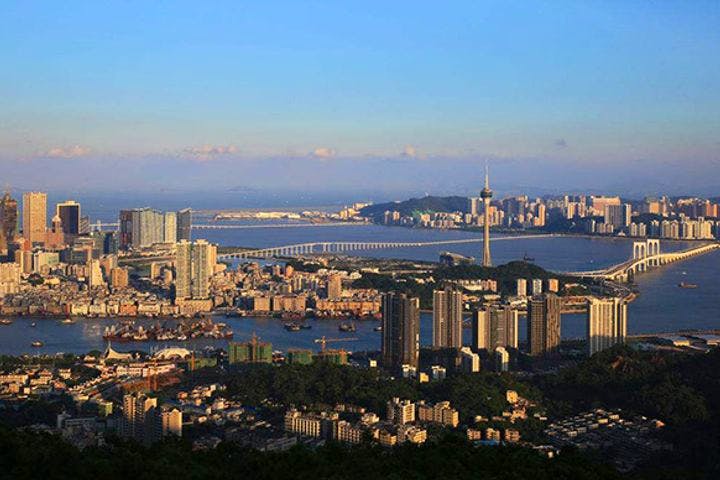 Shantou city is sunny all year round.

If you’re in for a gastronomic journey, Shantou’s cuisine is well known throughout China. Shantou is the birthplace of Teochew cuisine. This cuisine places importance on the freshness of ingredients and extracting the best flavors.

In Shantou, you can pick the seafood you like and tell the waiter how you want it prepared. You should try the oyster omellete, Teochew porridge, seafood hotpots, Kway Tiao Soup, Shang Tang Ju Bao, Suancai Baishan and more! 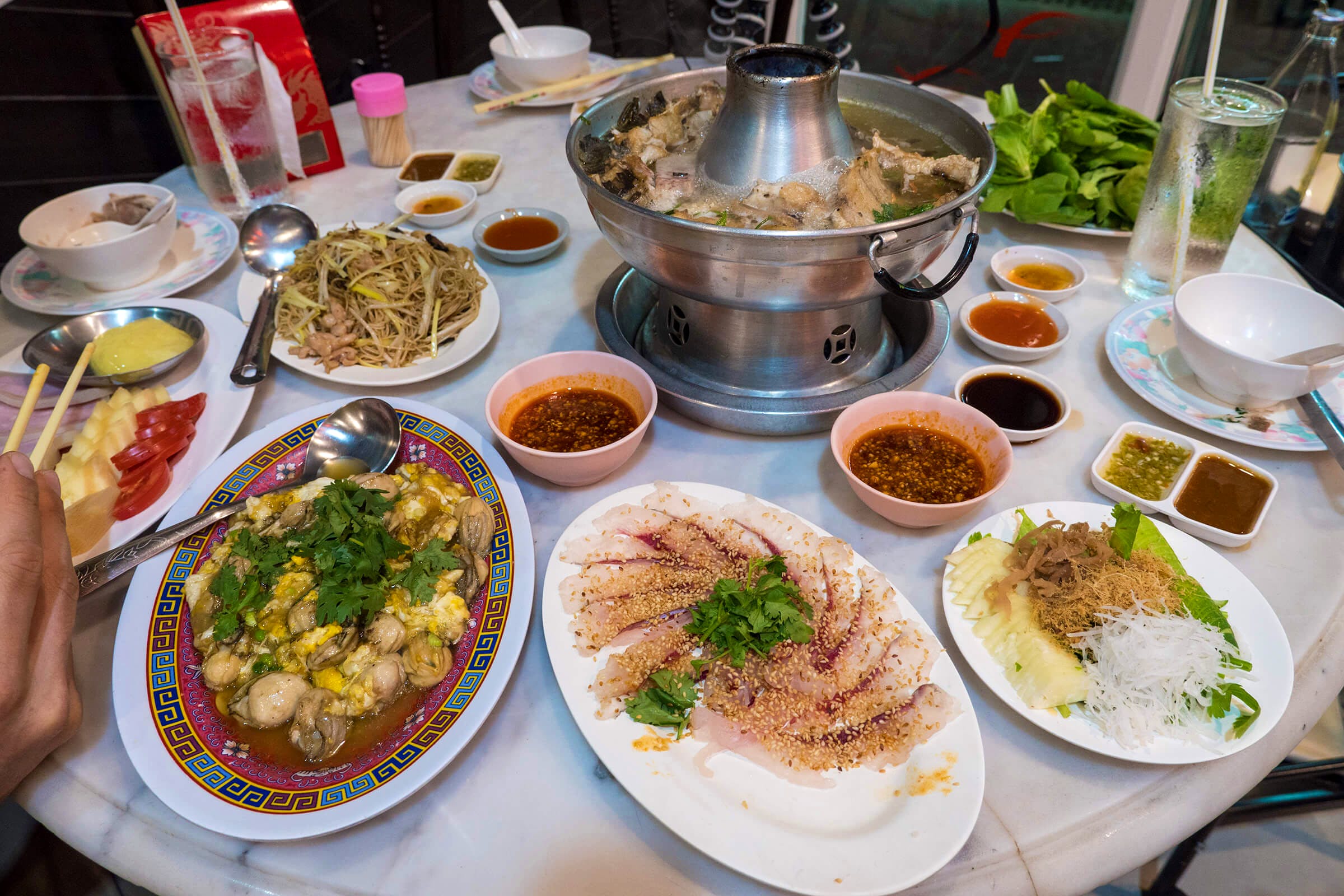 Named for the painstaking process of making it, the Gongfu tea is one of the most popular methods of making tea in China. Gongfu literally means ‘Kung Fu’ in Chinese. This means brewing tea requires ‘art’, ‘skill’ and ‘effort’.

Gongfu tea is not a type of tea, instead, it’s a way of brewing tea. Because of the artistic side of such steeping method, it can also be considered a kind of tea culture. 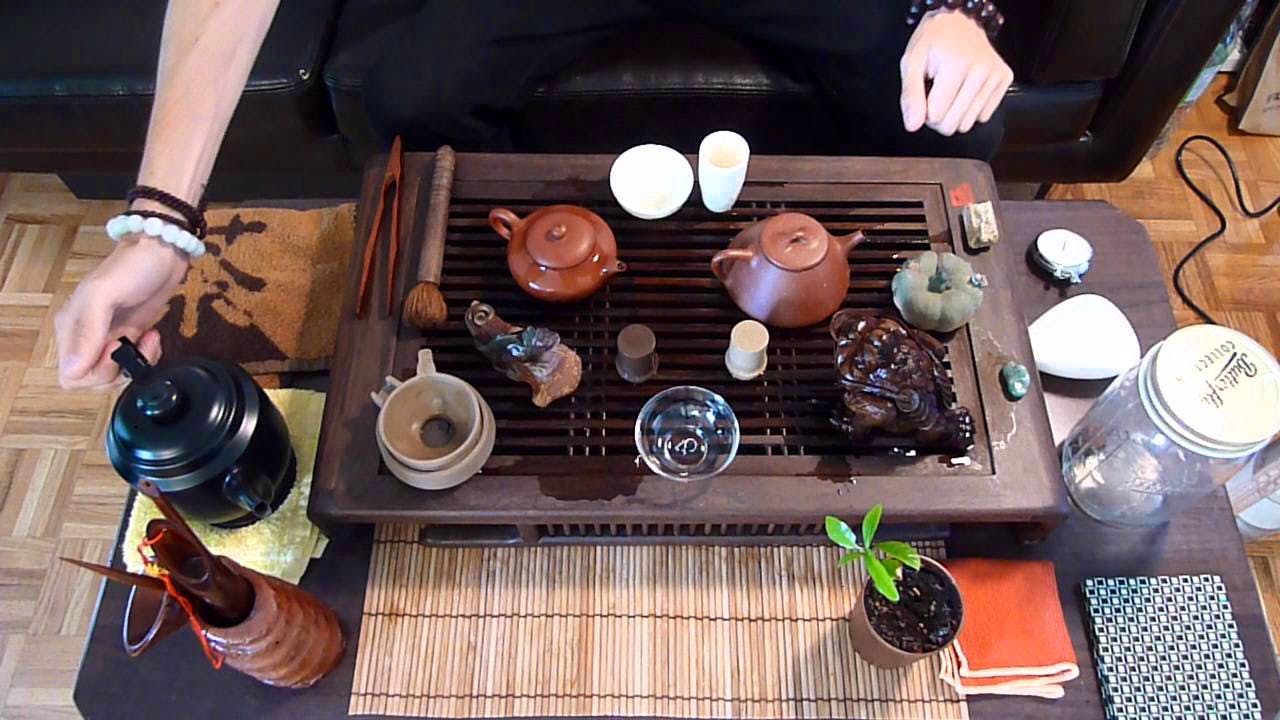 Gongfu tea is a method of brewing tea is a delicate process which
requires skills and finesse.

Shantou is known as a haven of Teochew or Chaoshan culture, since the majority of the population of Shantou is Teochew. Teochew people are a sub-group of the Han ethnic majority but they have different traditions.

Chaoshan culture has a long history which originates from the Qin and Han Dynasties. This culture reflects Shantou’s cuisine, music, dialect, arts and practices. Chaosan culture is often described as refined and nurturing. Teochew opera or Chaozhou opera is one of the most popular
variants of Chinese opera.

Shantou houses one of the top-ranking universities in China. Shantou University (STU) receives generous support from the distinguished philanthropist and international entrepreneur Li Ka-shing. The Li Ka-Shing Foundation has committed a total of more than HK$7.2 billion to support Shantou University. 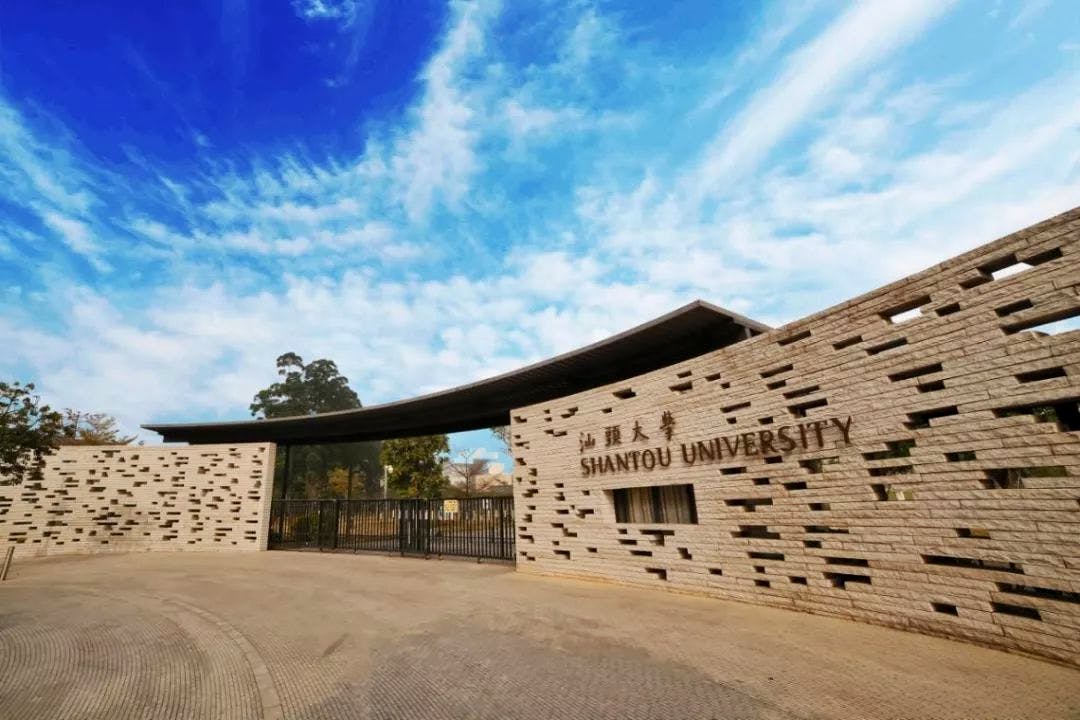 STU is jointly supported by the Ministry of Education, the Guangdong
Provincial Government and the Li Ka Shing Foundation.

1. Home to one of the most modern medical schools in China

Shantou University Medical College (SUMC) is one of the top medical schools in China. It is popular for having the most state-of-the-art and modern facilities in China.

The SimMan 3G simulator and virtual hybrid operating system are the first of its kind in China. SUMC’s new Medical Education Center, simulated medical center, human life science hall and library are also the best in the country. 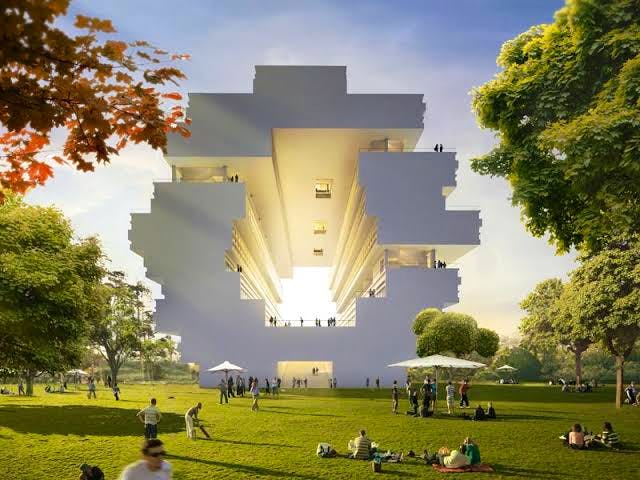 Experience the most advanced medical ecosystem in the world by enrolling in the Clinical Medicine (MBBS) program at one of the best medical colleges in China.

Students have the option to take the MBBS program at SUMC in English or Chinese. SUMC’s students have achieved a passing rate of 93-98% in the United States Medical Licensing Examination (USMLE) Step 1 in the past years. The medical school’s international graduates gain their residency positions in the USA, Thailand and Malaysia.

SUMC is recognized worldwide and the MBBS program is offered at an affordable rate. It is 70% cheaper than in the U.S. or U.K. Living expenses are also low, which makes it economical for international students.

Learn more about the admissions process for 2021 intake at SUMC here.