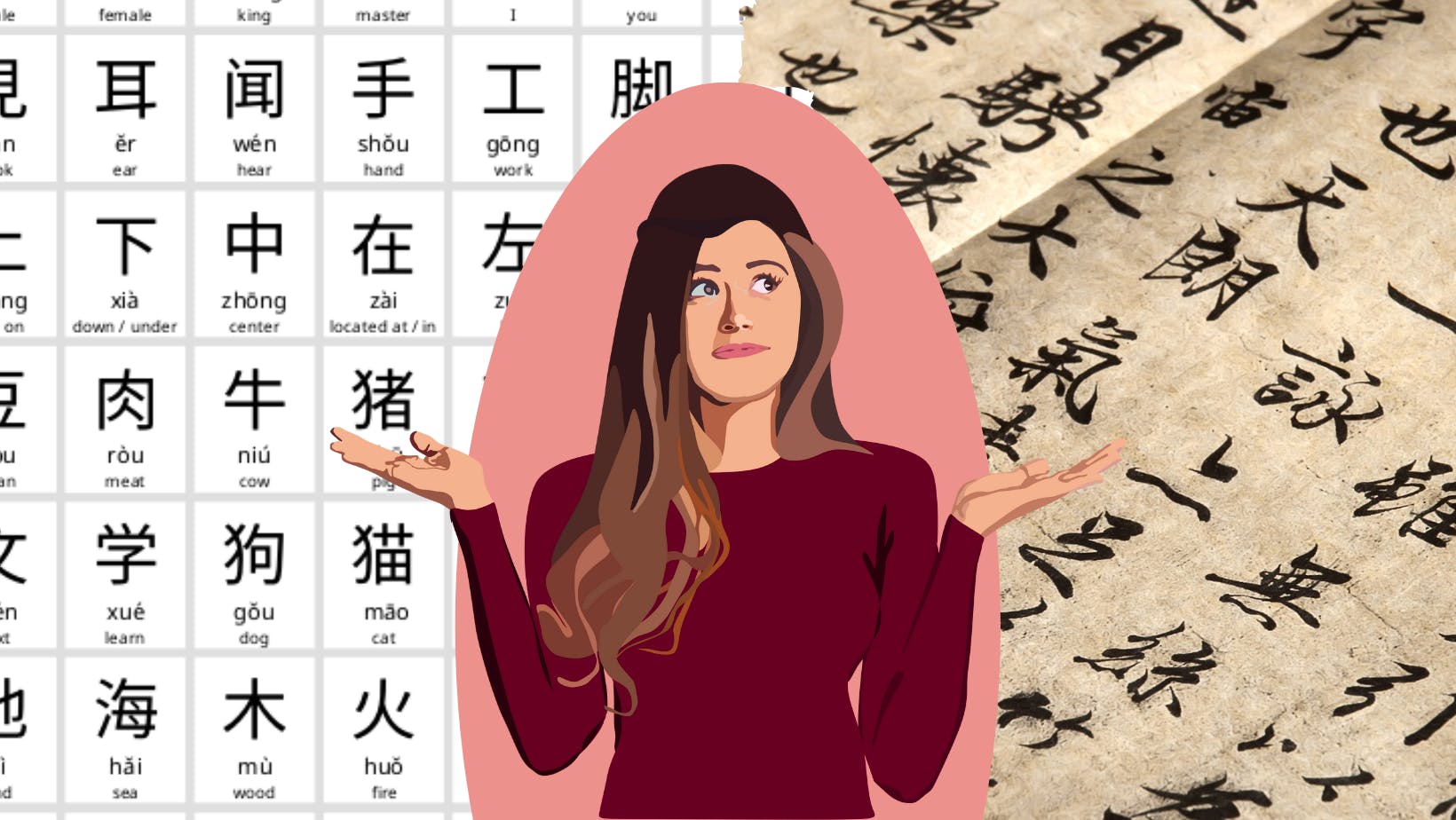 Did you know there are two different Chinese writing styles? Simplified and Traditional Chinese are two different ways to write the Mandarin Chinese language. Where did these two scripts come from, and which one is the best for you to learn? Let’s dive right in!

A bit of history…

Chinese is one of the oldest written languages in the world! Chinese characters originated from pictograms and evolved through the millennia into a standardized script that was pretty much formalized during the fifth century CE. These characters, known today as “traditional characters,” (繁體字Fántǐ zì or 正體字 zhèngtǐ zì in Chinese) were the standardized form of Chinese writing up until the twentieth century. If you learned Chinese at any time before 1950, you would learn characters that looked like this: 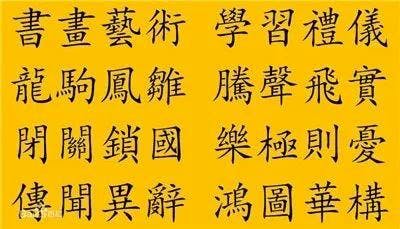 After the foundation of the People’s Republic of China in 1949, the country quickly realized there was a major problem: illiteracy. According to the Ministry of Education, the literacy rate in China was only 20% in 1950. 80% of adults could not read Traditional Chinese characters.

The PRC thus began a literacy campaign using newly Simplified Chinese Characters (简体字jiǎntǐ zì). Though there had been some calls to modernize the Chinese script before 1949, the Simplified Chinese drive really only got off the ground with government support after 1950. By simplifying complex traditional Chinese characters into a new form, China saw its literacy rates increase dramatically. Today, more than 85% of Chinese people are literate.

What is the difference between Simplified and Traditional Chinese?

It is important to remember that Simplified and Traditional Chinese are just different ways of writing the exact same language. In general, though the character may be different, the pronunciation is the same!

Here are some examples: 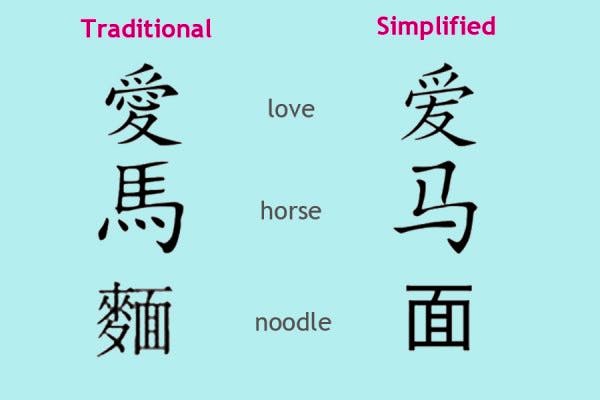 You can see that, overall, Traditional Chinese is more complicated. But not every character is different! For example, in the sentence above 夜半 yèbàn, midnight, is the same in both scripts. So the character for 山 shān, or mountain.

And Simplified doesn’t always mean “easy.” There are some difficult characters used in Simplified script such as in the words 颧骨 (cheekbone), 幽默 (humourous), and 蘸(to dip in sauce).

Traditional and Simplified Chinese are commonly used in different places as well.

The vast majority of Chinese language programs teach simplified Chinese characters. They are considered easier for foreigners to learn, and most everything you will see and read in China is written in simplified characters. Additionally, 98% of new Chinese publications worldwide are in simplified characters. Learning to read this script will be just fine for reading modern Chinese literature and news, and many language-learning apps and textbooks are in Simplified as well.

For students, learning Simplified Chinese is the best way to learn to read Chinese quickly and develop a solid level for the purpose of studies and internships.

You should learn Simplified Chinese if you: 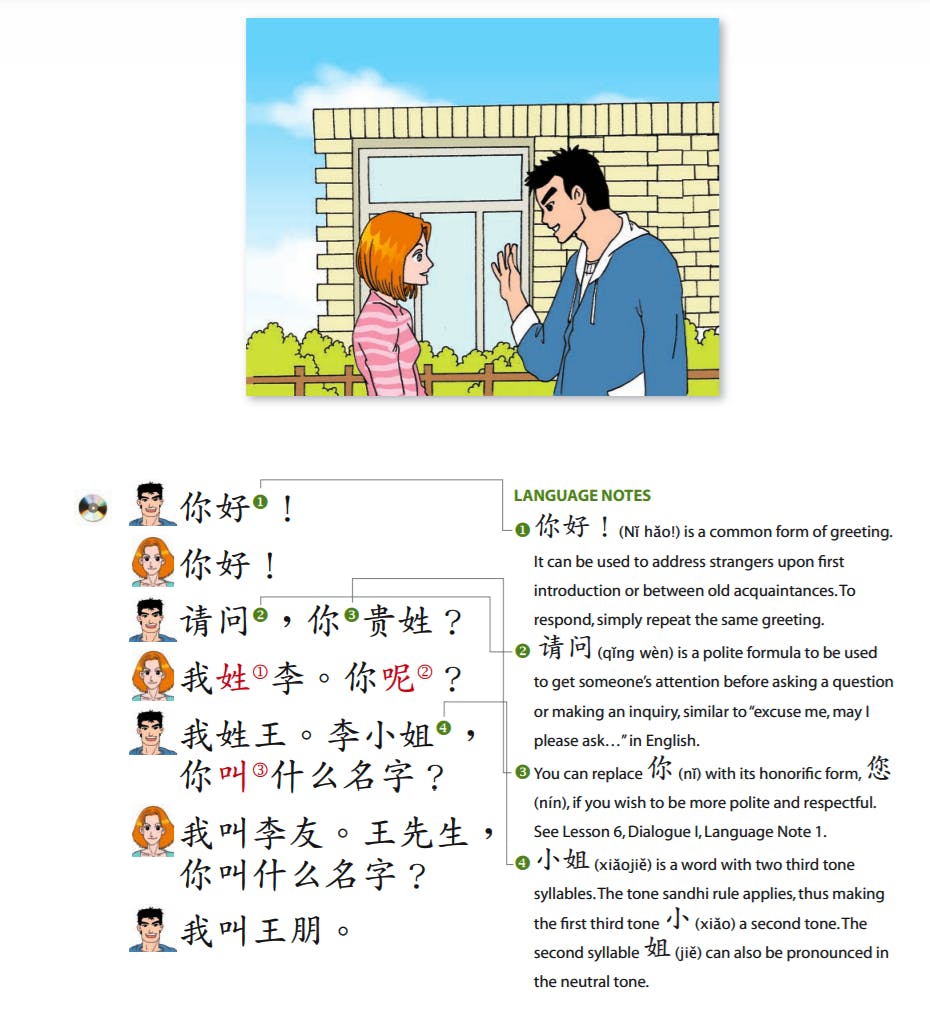 Some people have strong feelings about the historical accuracy and beauty of Traditional Characters. Take the character for “love” in Traditional and Simplified. The Traditional character includes the symbol 心 xīn, which means “heart,” implying that the heart and love are closely intertwined. But in simplified…the 心 is gone! 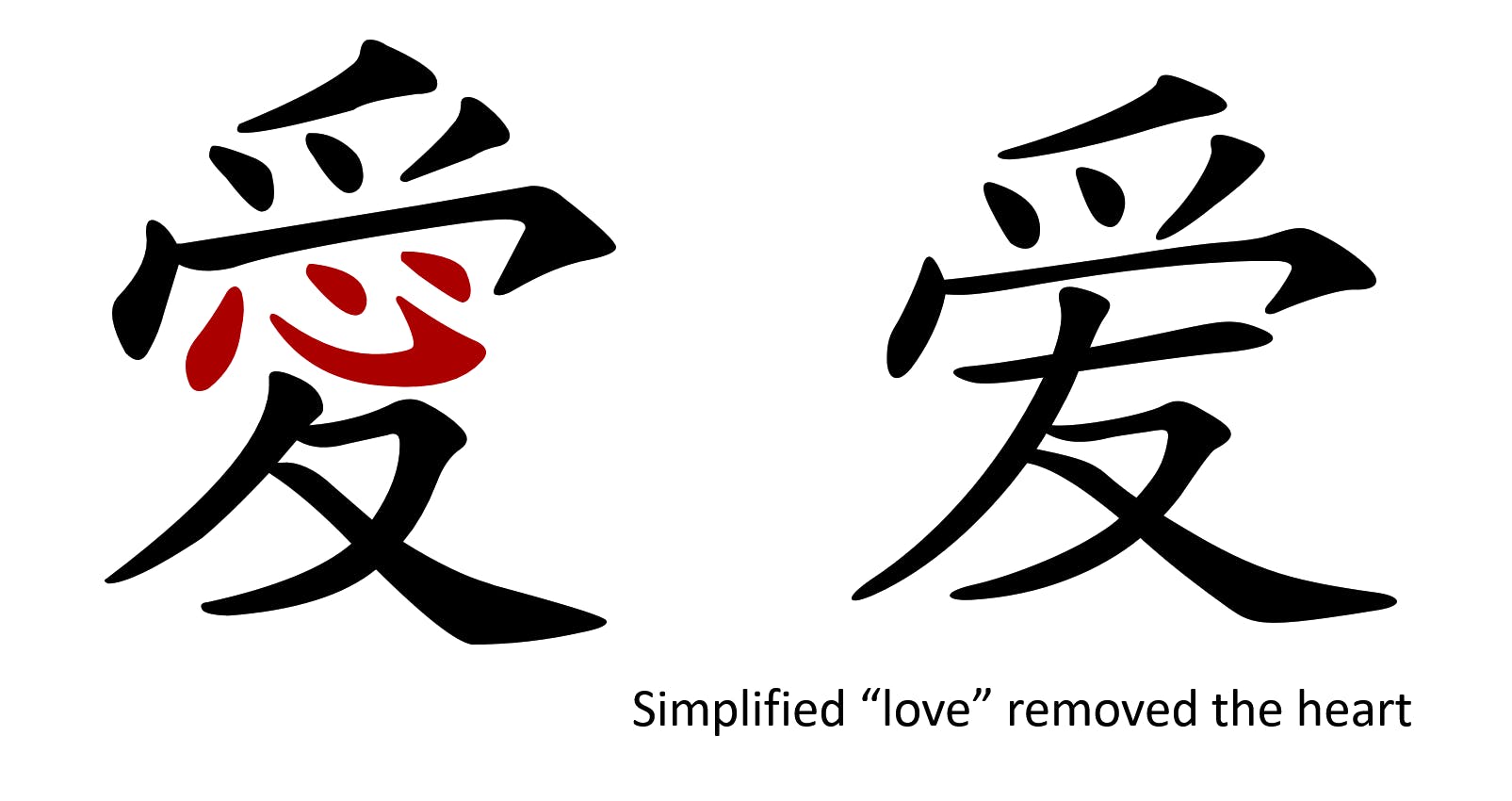 However, the simplified version contains 友 yǒu, which means “friend.” What do you think the meaning of “love” is closer to, the heart or friendship?

You should learn Traditional Chinese if you:

…But you’ll always see both!

The truth is, even if you only choose to study one character script, you will of course encounter both Simplified and Traditional Chinese in your daily life. The logos of many Chinese universities use Traditional characters. The artwork and calligraphy you spot in a museum or gallery will likely be in traditional. If you look up news or social media online in Chinese or chat with friends from mainland China…you’ll be using Simplified.

In reality, most experts agree that if you want to be completely fluent in Chinese and able to communicate with Mandarin speakers from anywhere in the world…you’ll have to get to know both Simplified and Traditional at some point.

Chinese is a complicated language, no doubt about it. With thousands of years of linguistic history and all the modern complexities between Simplified and Traditional Chinese, it can take a while to become fluent! (Read more: How long does it take to learn Chinese?) But is entirely possible to learn Chinese quickly with help from a great teacher.

See all the Chinese classes we offer here, and find the perfect one for you and your learning needs: