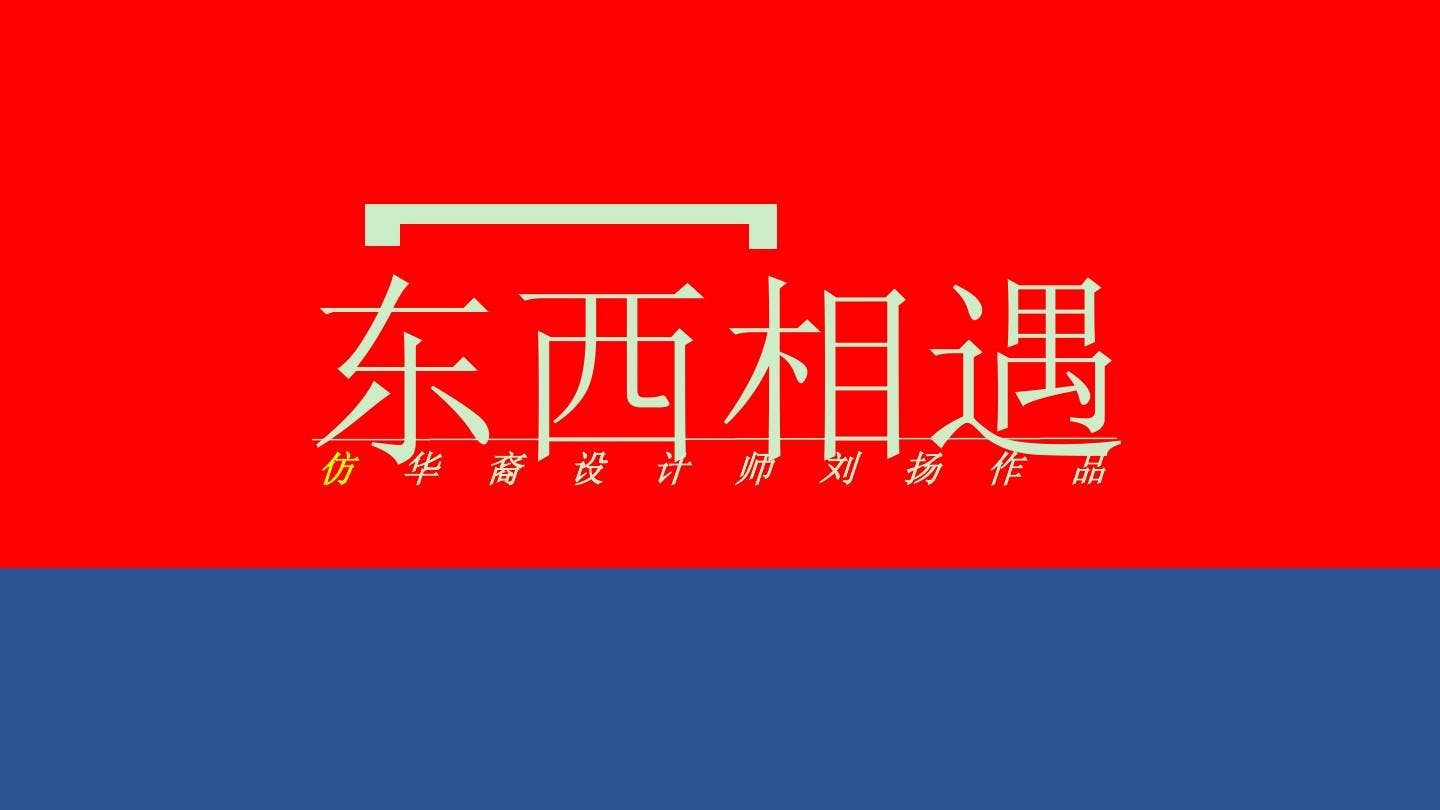 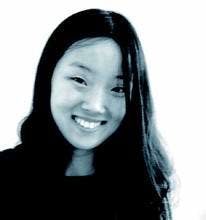 After having lived 13 years in China and the next 13 years in Germany, Yang Liu is considered to be pretty eligible to compare these two countries.

As foreigners who are from different countries and who have lived in China for quite some time, we find the posters very amusing and at the same time we can see they do have a point. Let’s see some of them.

Let’s start with the most obvious one. Lines. Lines are everywhere: airports, railway stations, shops, toilets etc. You’ll notice this as soon as you arrive. At first it might be very confusing and you’ll be afraid someone will cut the line, but no, somehow people in Chinese kind of line always know who came first. 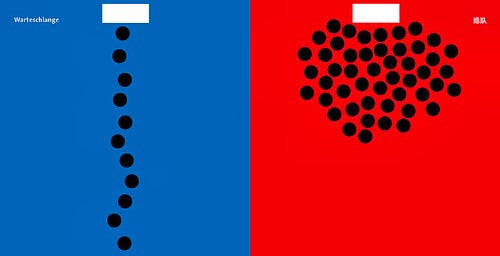 After you arrive and get through the lines successfully eventually you’ll get hungry. And that’s when you’ll notice the second obvious difference.

Russian people have this saying: “Когда я ем, я глух и нем” (it means “don’t speak with your mouth full”, but there is one translation which is much funnier and actually more exact: “Till the last crumb I’m deaf and dumb”). But Chinese people don’t believe that. They seem to believe, the louder they get the better. 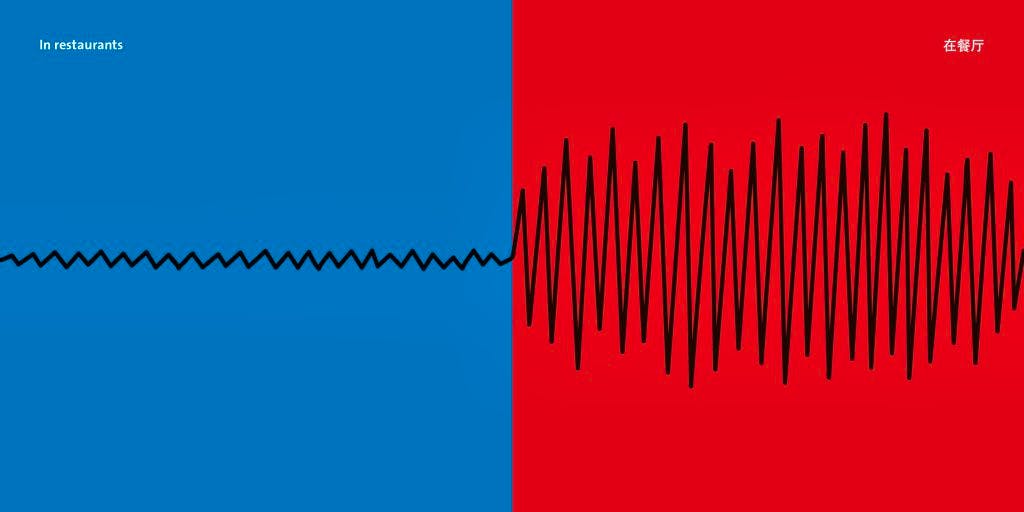 The next difference is a bit tricky, as you have to stay in East for some time and make some friends. If you pay close attention to your friends’ expression, you’ll eventually notice that they rarely get angry.

But before you start thinking that they’ve actually nailed zen philosophy, let me assure you: they do get angry. They are just not used to showing it. 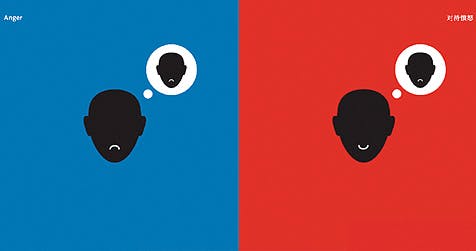 The meaning the following picture tries to get across to you is that in East people are less self-centered, they are raised to be humble.

Simple example: somebody compliments you, what do you say? You say: “Thank you”, they say: “哪里哪里 (it’s nothing).” 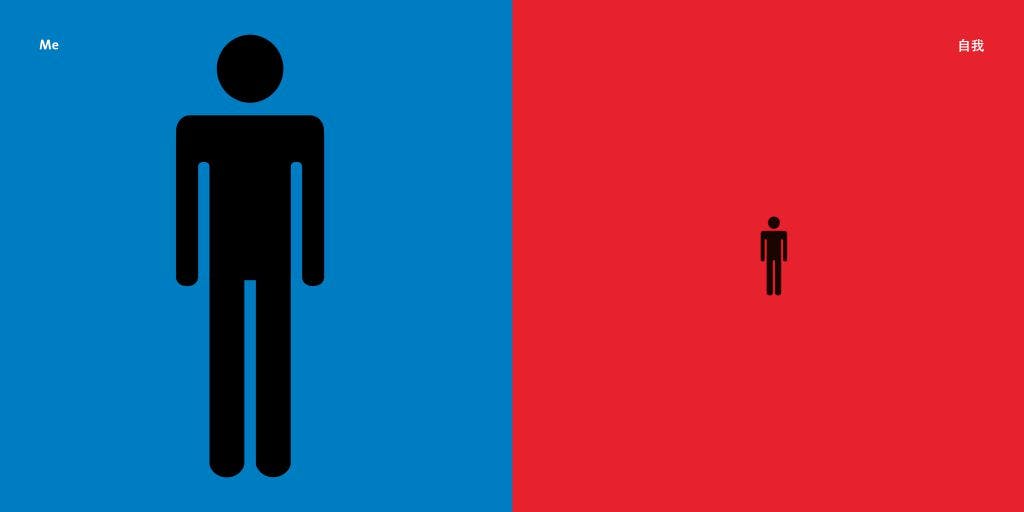 And here is my favourite. You’ll find out soon enough that Eastern way of dealing with a problem is not dealing with it. Or trying to to get someone else whose responsibility probably is dealing with these kind of problems to deal with it.

Anyway, perhaps that’s a part of zen philosophy: if you ignore the problem, it eventually has to go away, who knows? 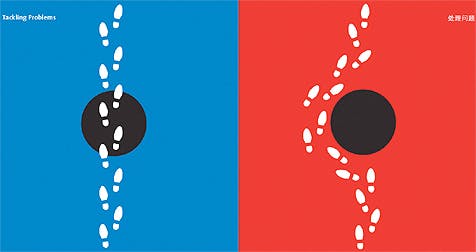 But these are just a part of it. You can search for other posters Yang Liu created, but unless you are from West and have traveled to East you probably won’t fully understand it.

So apply through China Admissions and come to China to get first-hand experience! To learn more about studying in China, click here.