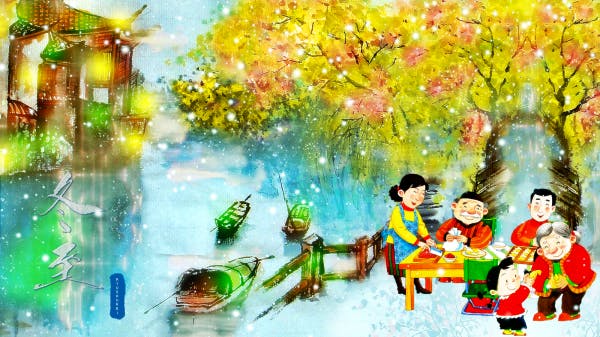 When you learn a foreign language, you understand that learning just language 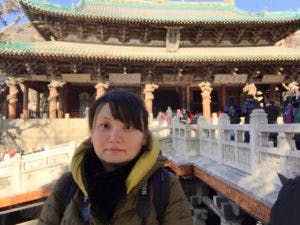 is not enough, and to truly understand native speakers, to be fluent in their language, you have to also understand their culture.

So, let’s learn more about Chinese culture with Angela and China Admissions:

It’s about to be Christmas for many people next week. Do you know there is also a famous Chinese festival around this time of year? It’s Dongzhi Festival or Winter Solstice, in Chinese we call it: 冬至(dōngzhì). The Winter Solstice of this year is Dec 21.

冬至(dōngzhì) is a time for the family to get together. One activity that occurs during that day, especially in the southern parts of China and in Chinese communities overseas, is the making and eating 汤圆(tāngyuán) or balls of glutinous rice, whereas northern Chinese will eat dumplings, 饺子(jiǎozi). Both 汤圆(tāngyuán) and 饺子(jiǎozi) symbolize reunion.

Winter Solstice is the shortest day in the year, usually about December 21 or 22. The origins of this festival can be traced back to the yin and yang philosophy of balance and harmony in the cosmos. After this celebration, there will be days with longer daylight hours and therefore an increase in positive energy flowing in.

冬至(dōngzhì) also symbolized that the coldest time of the year is coming. In northern China, winter is cold and long. People will start 数九(shǔjiǔ) from the Winter Solstice day, which is counting nine periods. Every period has nine days. We believe spring is coming after the nine periods of nine days, or 81 days. So there is a custom that during 数九(shǔjiǔ): People will fill in the following nine Chinese characters, one stroke per day. Since there are nine strokes for each character, when you finish these nine characters, spring is coming.

Have you tried 汤圆(tāngyuán) or 饺子(jiǎozi) before? Which one do you prefer?

If you are interested in BLCU Online course, you can apply here.