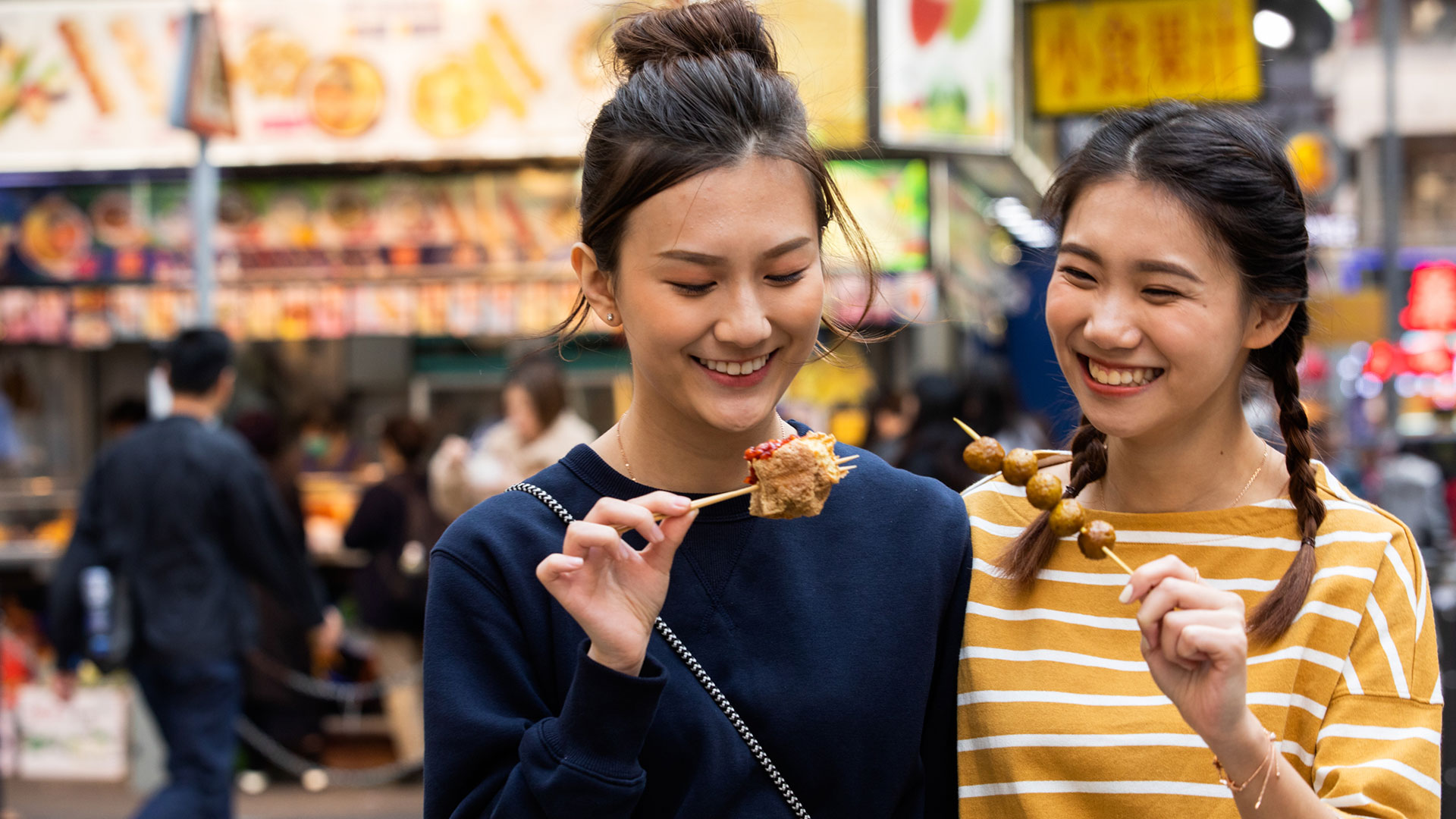 There’s more to Chinese food than just rice and noodles! From north to south, east to west, each region and city in China has its own special delicacy if you know what to look for. Here are some of the best Chinese snacks from every region, for every taste.

Originally from Shandong or Tianjin, this savory snack known as a “Chinese crepe” has spread all across China and is a favorite streetside snack everywhere. Jianbing flavors and fillings vary by region, but can be filled with savory sauce, lettuce, pickled veggies, sausage, egg, and more! 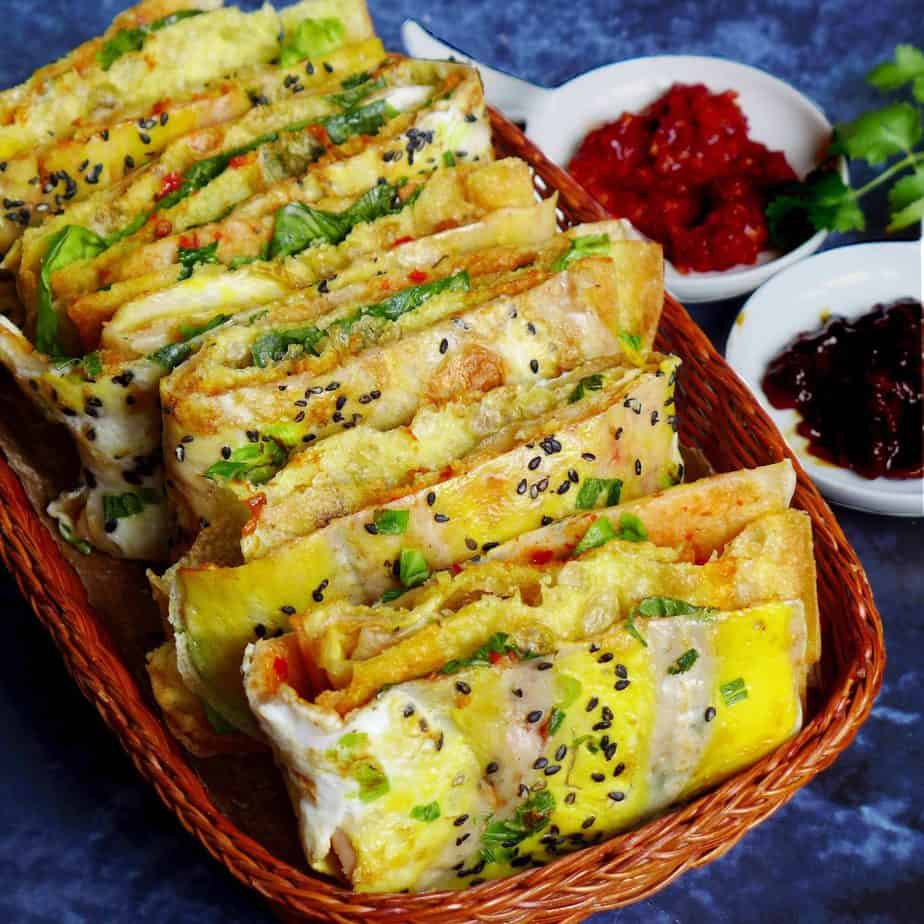 Originally from Manchuria (northeastern China), this popular snack from the Manchu ethnic group has flourished in Beijing. Made of sticky rice flour, red bean paste, and soybean flour, this sweet dessert is gooey and stretchy. 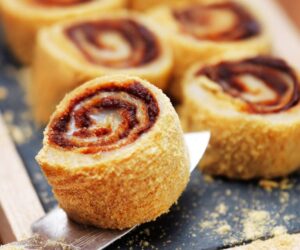 Delicious and popular across China, this flat cake is filled with sesame seeds and green scallions and fried in oil. It’s commonly eaten for breakfast in Shanghai. 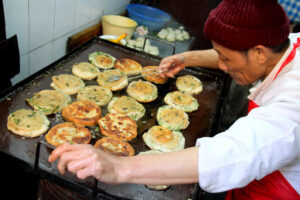 This unique sweet bread looks like bubble wrap! With a bubbly shape and sweet taste, egg puffs are popular across Hong Kong, Macau, and have spread across Asia and the world! They come in many flavors and are even used as ice cream cones. 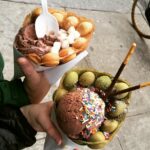 These spicy noodles probably originated from a peddler named Chen Baobao in Zigong. Today, they’re a popular snack eaten across Sichuan province. Chengdu cuisine is famous for its spiciness, especially a unique “numbing” spice said to make your tongue go numb when you eat it. 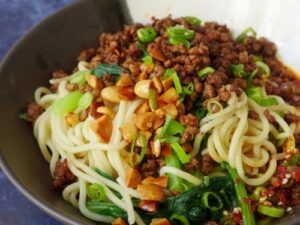 This sandwich has a long history in China. Roujiamo is considered to be one of the world’s oldest types of hamburgers, dating back to the Qin (221–206 BC) and Zhou dynasties (1045–256 BC). Made with savory pork, beef, or lamb, and sometimes with added veggies, this sandwich is a street food staple in Xi’an.

A zongzi is a variety of pyramid-shaped dumplings, made up of rice with a variety of fillings and wrapped in bamboo leaves or other flat leaves. These dumplings are traditionally eaten during the early-summer Chinese holiday, Dragon Boat Festival. Meat zongzi, however, can be eaten all year round in the seaside city of Xiamen! 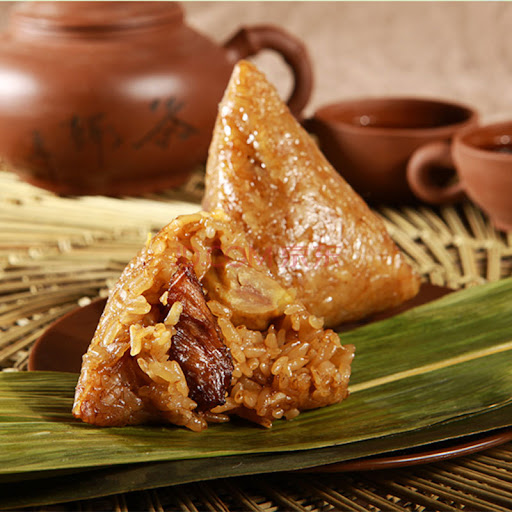 Tangyuan literally means “soup ball.” This sweet food is made up of balls of glutinous rice flour, sometimes with filling, that taste soft and chewy. The tangyuan are served in a sweet syrupy sauce or broth. Black sesame and red bean are popular fillings for this light dessert. 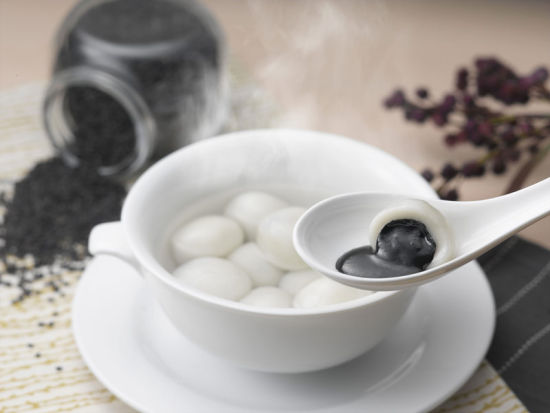 This famous regional pastry is made of rice, flour, sugar, and oil. This snack is part of Henan province’s signature “Yu Cuisine” style of flavor and cooking, known for creatively blending flavors like sweet and salty for a light and balanced taste. 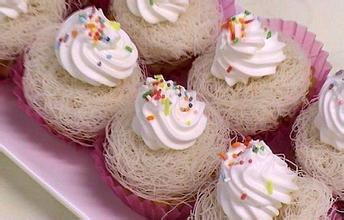 Steamed buns are a common food eaten across northern China. So what makes Big Qingdao Steamed Buns stand out? For one thing, their huge size: one Qingdao bun is twice the size of an average one. Because of their large size, they can hold 10 different fillings at once! 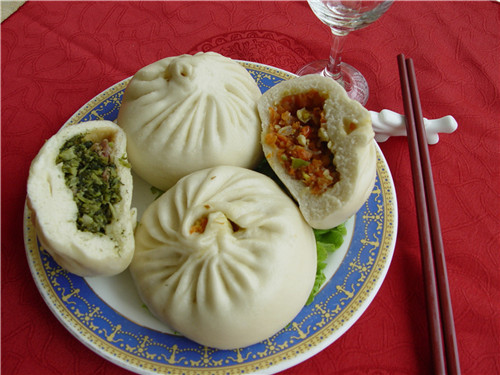 This yummy snack may have existed as early as the Qing dynasty! Made by mixing flour, sugar, and sometimes peanuts, this traditional Hangzhou sweet treat is served with powdered sugar for a crunchy and buttery taste. 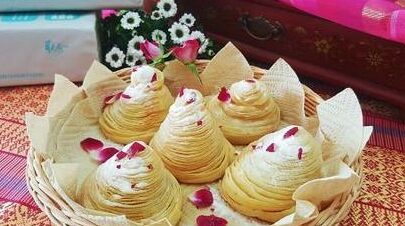 Beloved across China, Wuhan Hot Dry Noodles are just one of the delicious noodle varieties in the country. Seasoned with sesame paste, spicy picked radish, sugar, vinegar, and even chili oil, this lightly spicy dish is the perfect snack when you are in Wuhan. The dish gained fame during the early days of the Covid-19 outbreak in China, with many Chinese eating Hot Dry Noodles in solidarity with Wuhan. 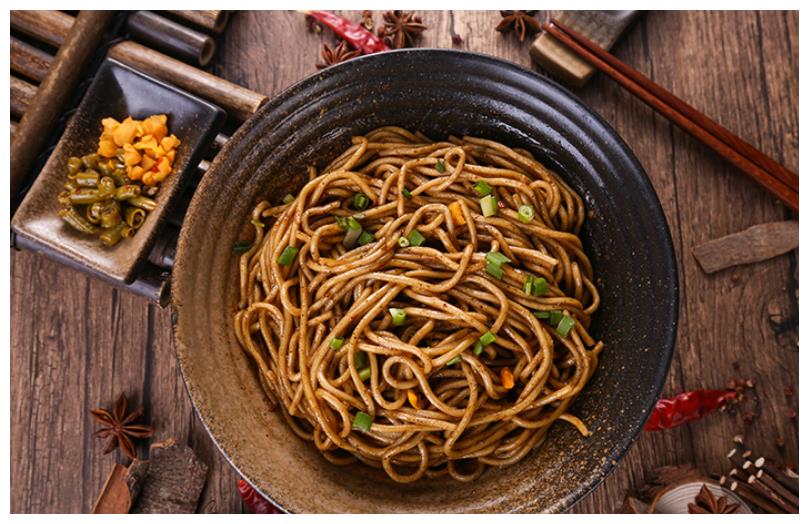 Are you hungry yet? Test your memory of China’s famous snacks with this cartoon made in early 2020 during the Chinese Covid-19 outbreak. Chinese regional snacks are cheering on a sick bowl of Hot Dry Noodles, representing the nation cheering on Wuhan’s health and safety. Can you spot a jianbing, “rolling donkey,” and Roujiamo “Chinese burger” in the crowd? 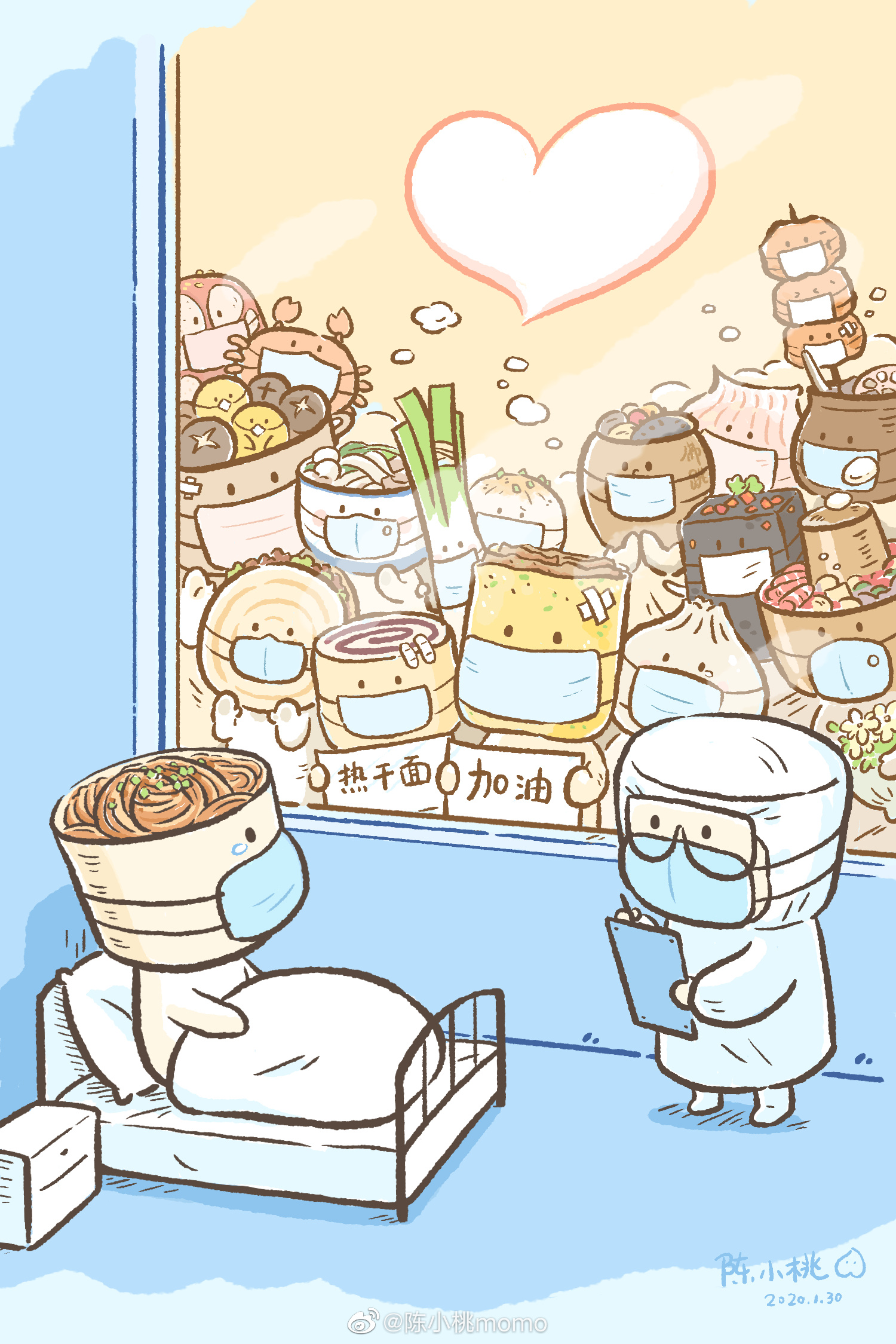 Read More
30 Fun Facts About China – #8 Will Impress You
12 Unique Facts About Chinese Food That Will Surprise You
13 Top Apps and Sites You Need in China 2022
How do you say your major in Chinese?