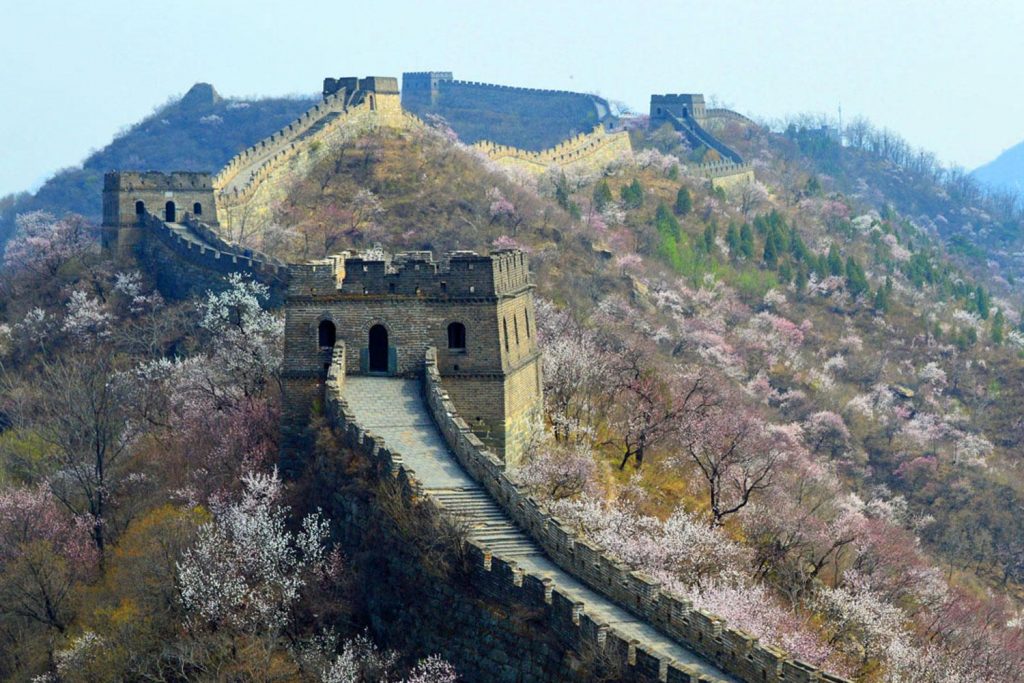 China is the single most populated and one of the largest countries in the world. The country is so diverse that it makes up a long list of interesting facts that could on and on. From its ancient old civilization, to its breathtaking sites, unique culture and traditions – you will learn all about it here.

Read until the end to find out 30 fun facts about China that you probably didn’t know!

1) China is officially known as the People’s Republic of China.

2) As of September 2020, China is the most populated country in the world with over 1.4 billion people (1,439,323,776). This is based on Worldometer elaboration of the latest United Nations data.

3) Mandarin is not the only language in China. There are others such as Yue, Wu, Minbei, Minnan, Xiang, Gan and Hakka. Some regions in China also have their own dialects.

4) China is considered a “coconut culture”. Chinese people present a stony, formal exterior, but they are actually as warm and welcoming as other cultures. Close friendships and relationships in China are earned over time compared to Western countries.

5) Family members living in one home is a reflection of Chinese success. Elders are highly revered in China. Younger generations are also expected to take care of their aging family members. They even have an Elderly Rights Law! 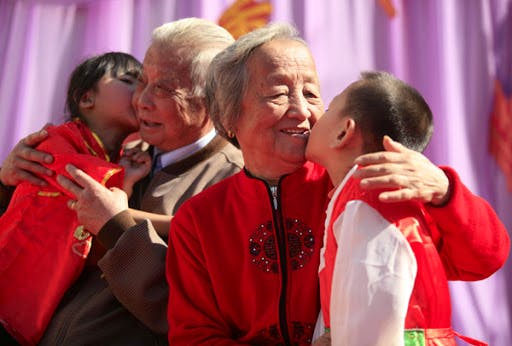 Filial piety and respect for one’s elders is the highest virtue in China.

7) Fortune cookies did not originate in China (it was invented in San Francisco) and it is not a traditional Chinese custom. This is contrary to what many Westerners think. 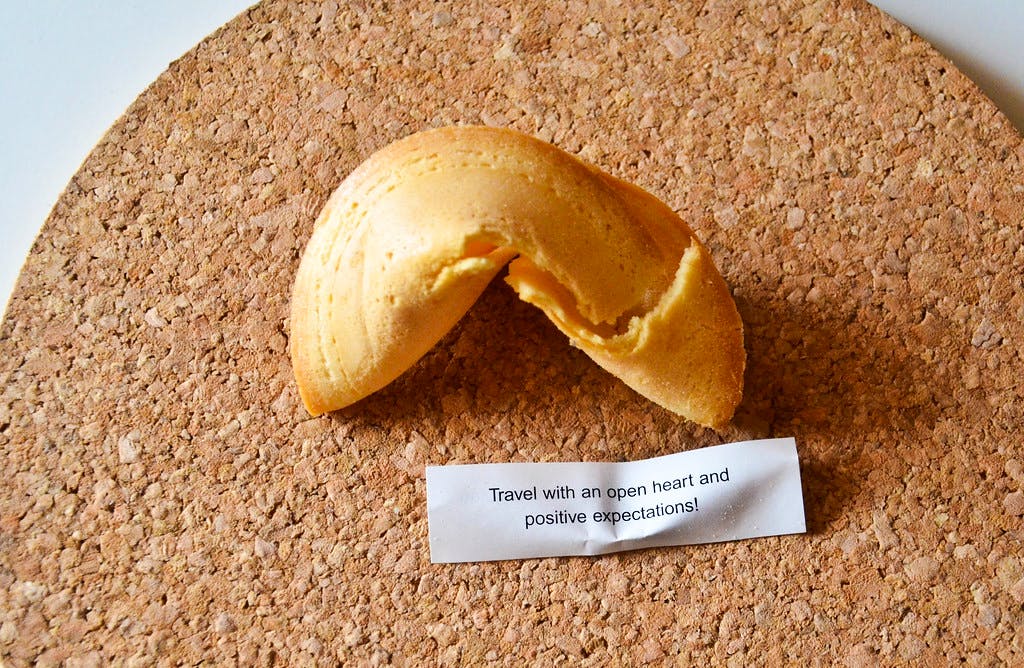 8) Put all of China’s railway lines, it can loop around the earth two times!

9) Chinese New Year’s celebration lasts for 15 days! It’s the biggest holiday in China which is usually celebrated in January or February. New year in China is even more popular than Christmas. But here’s an even interesting fact: many countries in the world celebrate Chinese New Year as well.

11. The Bailong Elevator in Wulingyuan area of Zhangjiajie, China can carry visitors up to 300 meters high on a cliff’s edge. This elevator is the world’s heaviest and highest outdoor elevator. 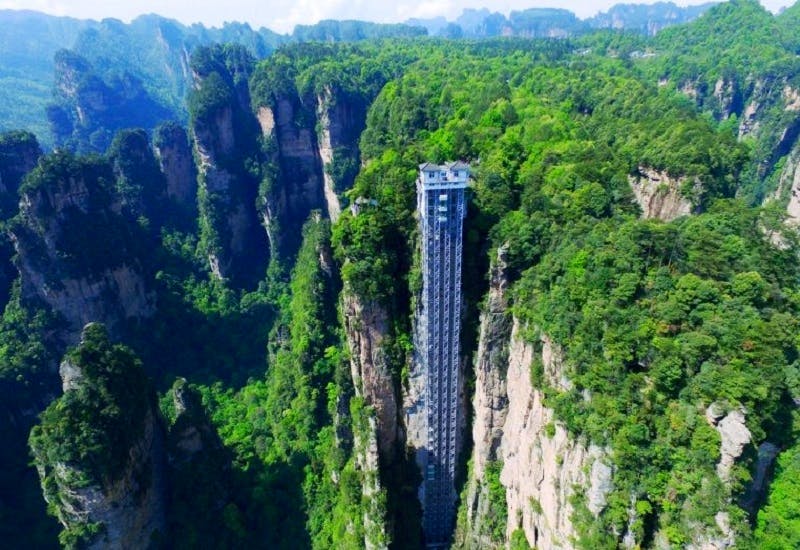 The Bailong Elevator in Wulingyuan area of Zhangjiajie, China.

12) China is a multi-religious country. Because of its large population, many world religions have adhered there. However, most Chinese usually practice Taoism, Confucianism, and Buddhism.

13) China, along with Italy, has the highest number of UNESCO sites in the world. Some of the most visited UNESCO sites in China include the: Forbidden City in Beijing, The Great Wall of China, Summer Palace in Beijing, and the Temple of Heaven in Beijing and the world-famous Terracotta Army.

14) Speaking of UNESCO sites in China, the Forbidden City in Beijing has 9,000 rooms all in all. It is one of the largest and oldest imperial palaces in the world.

16) Despite its huge size, China surprisingly only has one timezone. Everybody is using the official Beijing time.

17) Every single Panda living in the whole world belongs to China. That means if you see a Panda in your country, it is lent by China. In China, all Pandas can be found in Chengdu, Sichuan’s capital city. 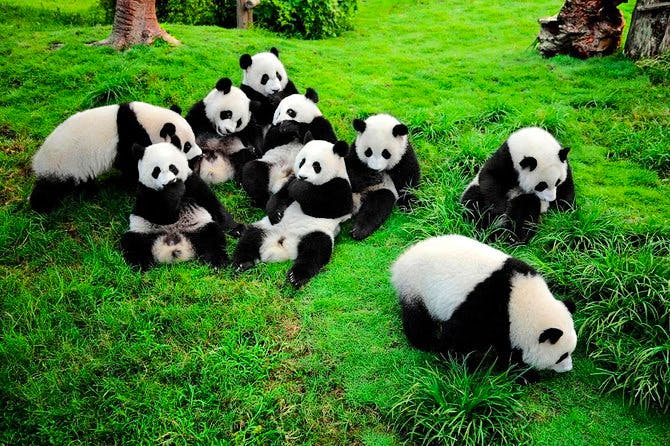 18) Pandas eat all day long. They take about 10 to 16 hours a day eating. Despite belonging to the bear family, they do not hibernate.

19) Chinese people are the biggest travel spenders in the world. They spend US $260 billion every year, twice the spending of American travelers.

21) Ice cream was discovered in China some 4,000 years ago. The Chinese people back then combined milk, rice mixture and snow to create the yummy dessert. 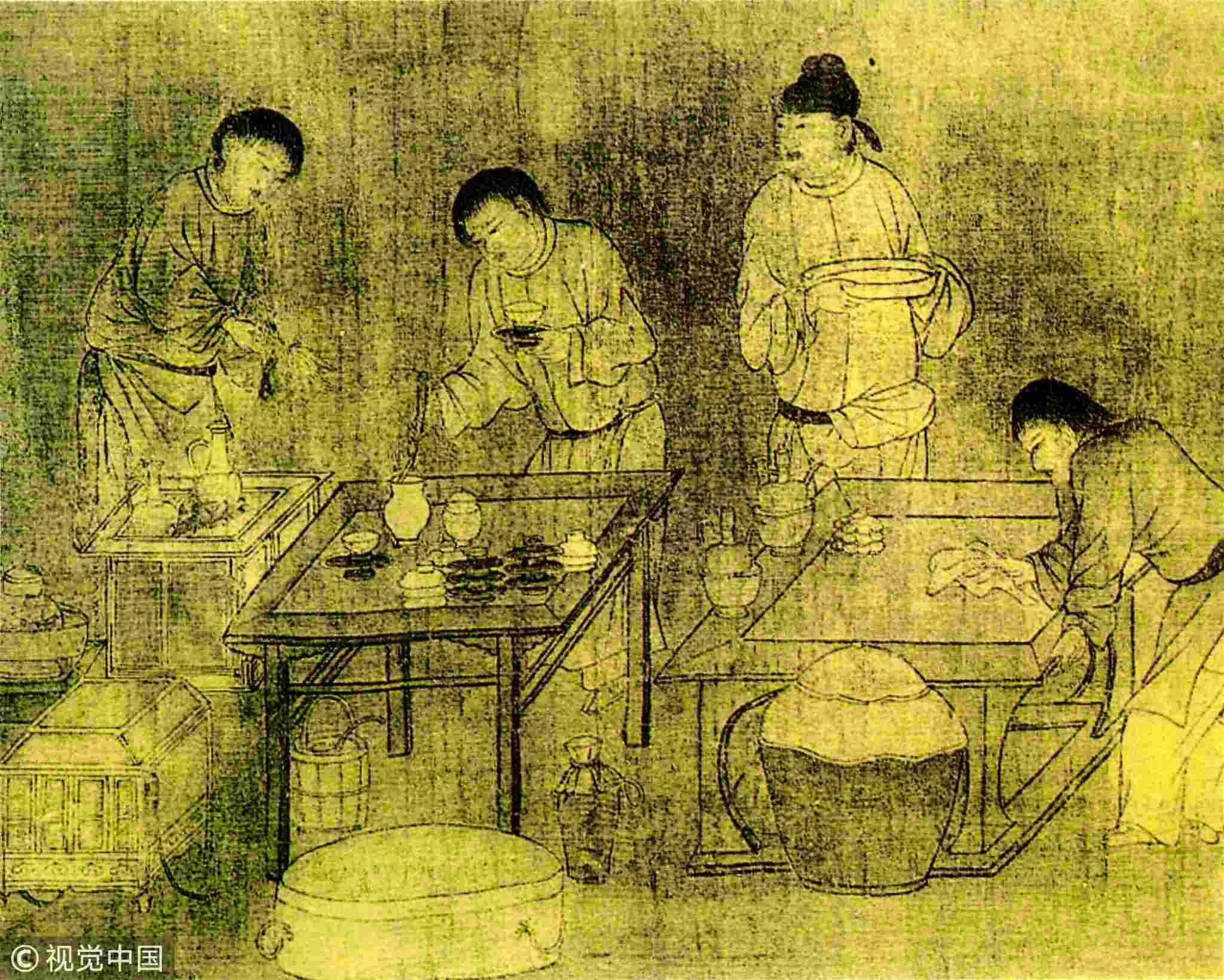 It is said that Kublai Khan, the founder of the Yuan dynasty (1271-1368) added preserves and jam to his favorite icy drink, creating the world’s first ice cream prototype. In order to keep the ice cream production process private, he issued a decree that no one except the royal family could make ice cream.

22) Chinese people avoid using or mentioning the number “4” as it is associated with death.

23) Nope, football (soccer) was not invented in Europe. The first recorded information about the sport was 2,200 years ago in China. Ancient Chinese people created the world’s first soccer ball made of leather. The ball was filled with feathers and hair and the sport was original called ‘Tsu’ Chu,’ which means ‘kicking ball.’

25) You will never eat the same food twice in China. Every region in the country has their own dishes, distinct flavours and cuisine. In addition, Chinese food is served almost always fresh. 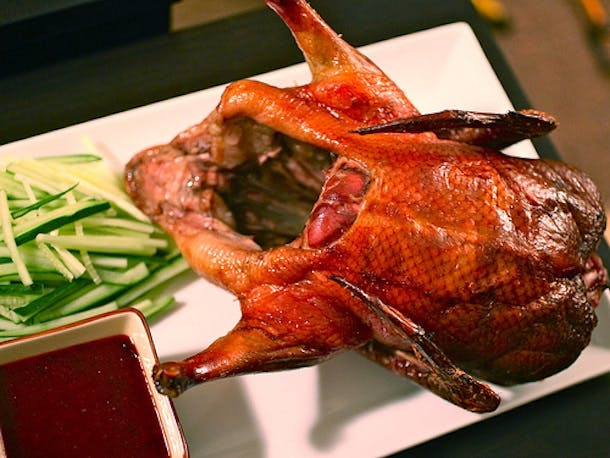 Peking duck is a famous duck dish in China.

26) Chopsticks were originally used for cooking and not eating.

27) Ketchup is known to be an American condiment, however, its origins are are anything but American. Ketchup comes from the Hokkien Chinese word, “kê-tsiap”, the name of a sauce derived from fermented fish.

28) Unlike brides across the world, Chinese brides wear red instead of white. Red is considered to be a lucky color in China.

29) The Terracota Army in Xi’an China took 37 years to build. It consists of 8,000 clay soldiers built to guard an Emperor’s tomb. 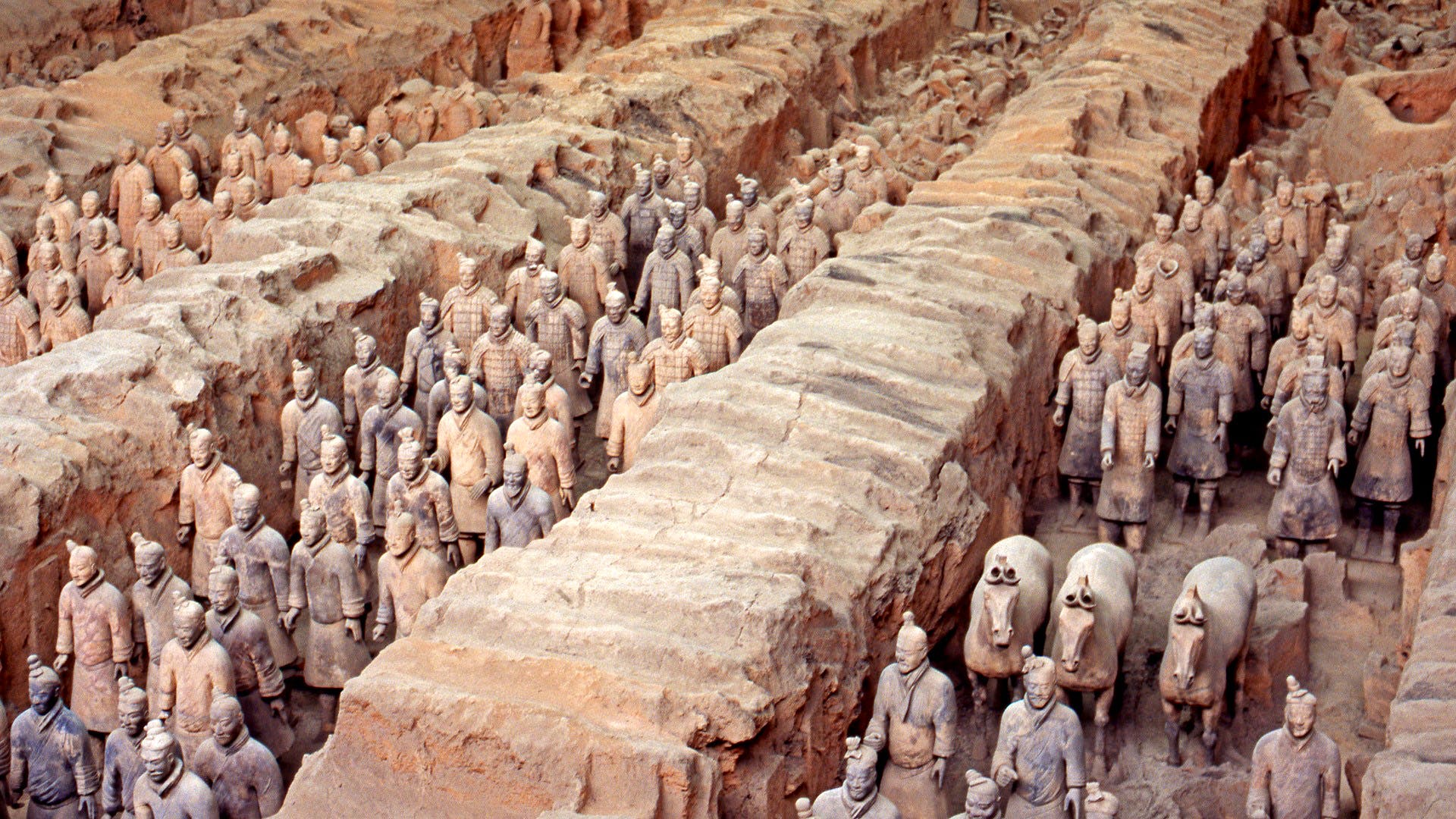 How many of these fun facts did you know beforehand? Share this article on your socials! Experience the Land of the Red Dragon and discover more interesting information about China by subscribing to China Admissions’ mailing list.