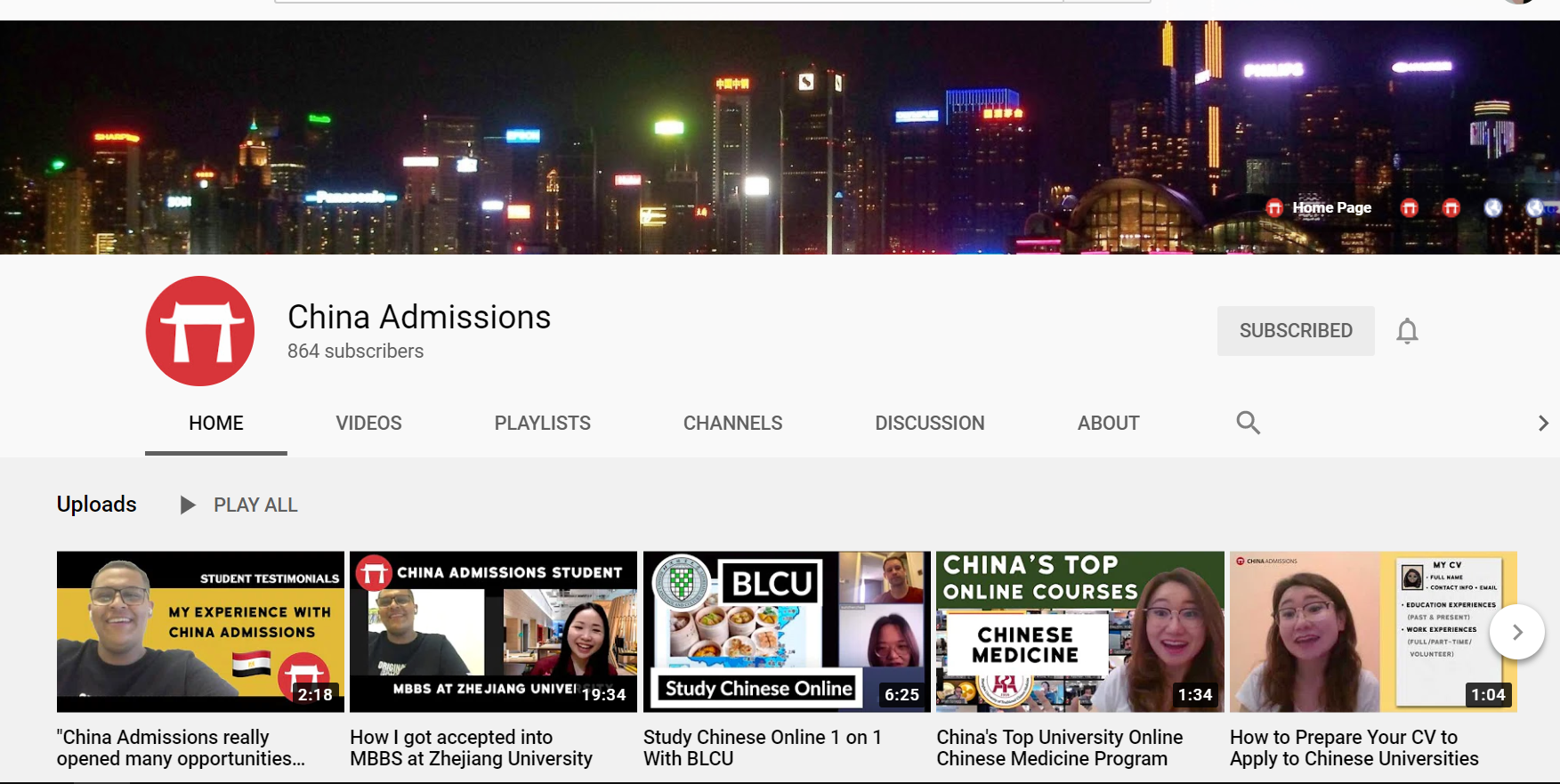 Do you want to immerse in one of the most ancient civilizations? Open new doors of opportunity in a historic yet modern country? Then China is the place to be!

China is the world’s third biggest country by territory, and has the largest population. It has also achieved a record speed to rank as the second largest economy in the world. The country’s success is made possible because of innovation and its world-class higher education institutions who produce some of the most brilliants minds on the planet.

Learn how to become an international student in China by subscribing to our YouTube channel. We recently launched our channel and it has already been featured on national TV in Venezuela!

What will you learn from China Admissions’ YouTube Channel?

In our YouTube channel we are going to give updates about:

Get updates about China

to get the latest updates and new videos.

Watch our Study in China with China Admissions video!