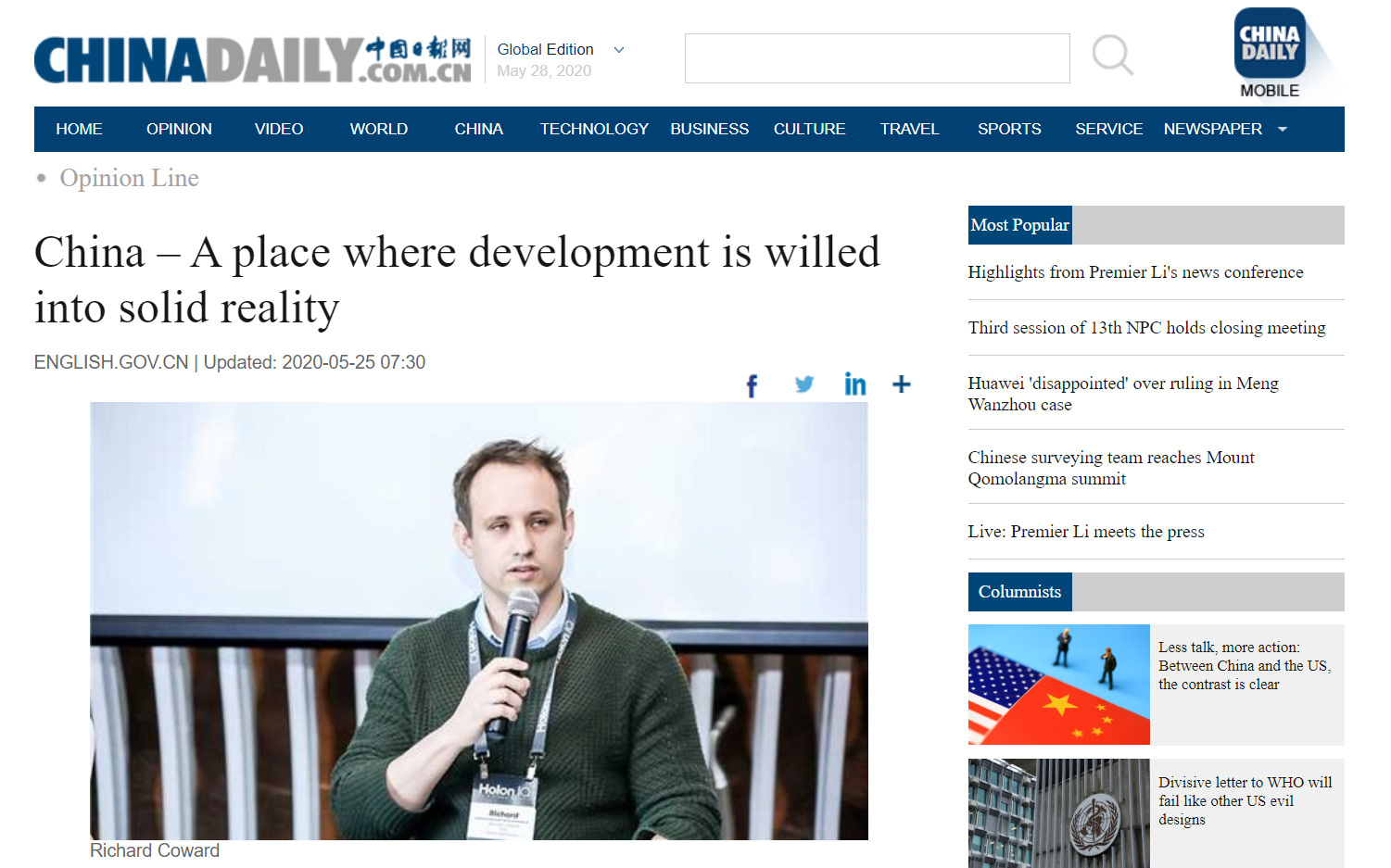 China Daily, established in 1981 as the national English-language newspaper, has developed into a multi-media information platform combining newspapers, websites and apps with a strong presence on Facebook, Twitter, Sina Weibo and WeChat.

China Daily serves more than 200 million readers all over the world and is a default choice for people who read about China in English. The group plays an important role as a channel for information exchanges between China and the rest of the world.

China – A place where development is willed into solid reality

Richard Coward, China Admissions CEO was featured in China Daily in its 25th May article. Richard is originally from the United Kingdom but he has called China home for many years.

Emphasizing the increasing population of international students in China, Richard is confident that the numbers will only continue to rise as China’s economy grows. He hopes to see more talented people come to China and seize the opportunity to be successful in one of the world’s most progressive countries.

You can also complete the form below to request for free information!