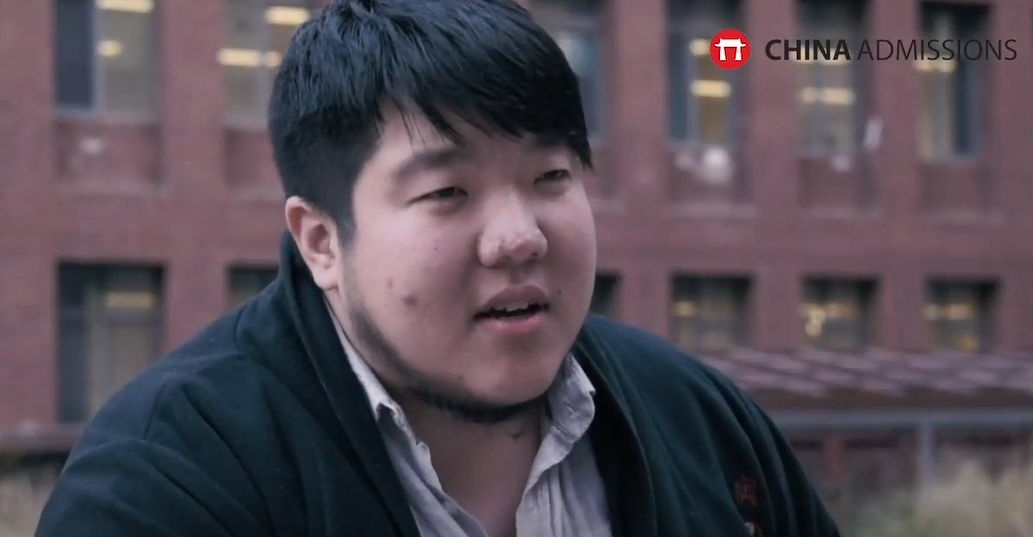 “Don’t be afraid to leave your comfort zone, come and study in China.”

This is one of the most important pieces of advice that a fourth-year student, Batmunkh from Mongolia has shared with us in this interview. Batmunkh is part of the Finance Department at the Beijing Foreign Studies University – International Business School (BFSU-IBS).

In this interview, he shares why China is the best place to study business and his amazing experiences studying at BFSU.

I’m Batmunkh, from Mongolia. I’m 25 years old studying at BFSU in IBS. I am part of the finance department and I’m a fourth-year student.

Are you a bachelor’s degree student?

Why did you decide to study in China?

There are multiple reasons. The main reason is China’s position in the world economy right now. For me, it’s a very good idea to study business here because if you look at the statistics, Mongolian’s export more than 60% of products to China. If work in my country, negotiating with China is a must.

Related to that, what do you think is important for you to learn Chinese? Are you learning Chinese right now?

I’m currently learning Chinese, but it has been challenging. It’s important to speak Chinese if you want to do business with China.

I’m studying HSK 3 as of the moment.

How is your experience studying at BFSU so far? Do you like it?

BFSU is way better than I thought it would be. In Mongolia, universities don’t have huge and beautiful campuses like BFSU. The campuses of big universities in Mongolia are divided. Every department is separate so there is no campus that connects everything. When I came to BFSU, I was amazed by the campus.

How do you find the classes, subjects, and professors at BFSU?

The majority of the professors have a Ph.D. degree. In my opinion, they are quite qualified to teach specific subjects.

The teaching style at BFSU-IBS is more American or British standard. The program focuses more on lectures than seminars. I like this approach because it makes life easier and less complicated.

How is your experience living in China so far?

I like living here, but the only problem I have is my lack of Chinese language skills. Fortunately, we have technologies like Google Translate so I’ve overcome that problem.

You can buy everything in China via WeChat or Taobao so it’s convenient. If you want to travel, there’s the subway. You don’t need to speak Chinese if you want to use the subway.

What do you plan to do in the future, any plans after graduation?

After graduation, I want to pursue a master’s degree. If I can, I will continue it in China, but if I can’t I will go back to my country to work. I’m not sure yet.

Do you have any advice for fellow Mongolian students who would like to study in China?

Don’t be afraid, this is my biggest advice. Most students are afraid of leaving their comfort zones. Travel a lot, you’ll learn new things.

Beijing Foreign Studies University, or BFSU, is one of China’s top universities under the direct leadership of the Chinese Ministry of Education. Today, BFSU teaches 101 foreign languages, more than any other Chinese universities. It is the first in China to offer courses in some less commonly taught European, Asian and African languages.

While best known for its excellence in foreign languages and literature, BFSU’s International Business School (IBS) has also gained prestigious recognitions in China and abroad.

Get in touch with China Admissions so you can start applying for your desired program at BFSU!