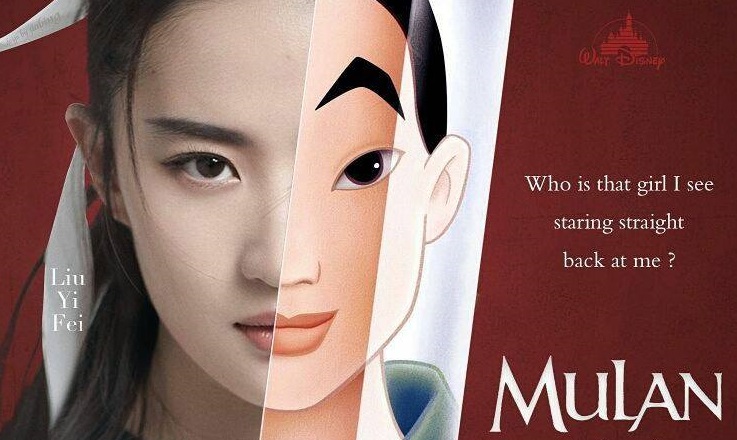 Do you love the Disney film about Mulan? Did you get a major ‘last song syndrome or LSS’ by the song, Reflection?

Recently, Disney released a teaser trailer of the movie Mulan. It originally came out as a Disney cartoon movie in 90s. This time it is a live-action remake with the titular role played by popular Chinese actress, Liu Yifei. The release Mulan is temporarily delayed because of COVID-19, but fans are eagerly waiting to see the movie.

Learn more about Mulan’s Chinese name, some Chinese words, and inspiring quotes from Mulan and her legendary story in China.

The Legendary Story of Mulan

Mulan or Hua Mulan 花木兰 is a legendary heroine of ancient China. Her heroism and love for China were retold in the Chinese poetry Ballad of Mulan. Her story was later made into a Walt Disney film, titled Mulan in 1998.

Huā Mùlán was a brave warrior who disguised herself as a man to enter the Chinese army. During that time, China was in the middle of a great war and with the command of the Emperor, one man from each family was to serve in the army.

Seeing his ailing father, Mùlán took matters into her own hands, cut her hair short, put on her father’s robe and tucked her sword. Trained by his father at an early age, Mùlán was skilled in Kung Fu and was a skilled soldier. Not long after, she was appointed the General of the entire army.

However, a bad fever swept into the Chinese army and while under treatment, the doctor found out she was a woman. With her secret out in the open, his fellow soldiers were in disbelief and accused her of trickery. But at that moment, a surprise attack was on its away and Mulan led the soldiers to fight.

The battle was won and from then on, Mùlán became a well-respected soldier and a highly revered figure by the Chinese Emperor. Today, her legacy leads on as her story is told in schools across China.

The magnolia flower is a sacred symbol of China in ancient times. As for Mulan’s real family name, there are different information throughout history.

Although many books use Huā Mùlán 花木兰, in the text History of the Ming, her family name is Zhu, but in History of the Qing, it is Wei. The only certain information is that she was connected to the 4th or 5th century A.D. history of China.

Here are other important Chinese words in Mùlán:

2. “The flower that blooms in adversity is the most rare and beautiful of all.” – Emperor 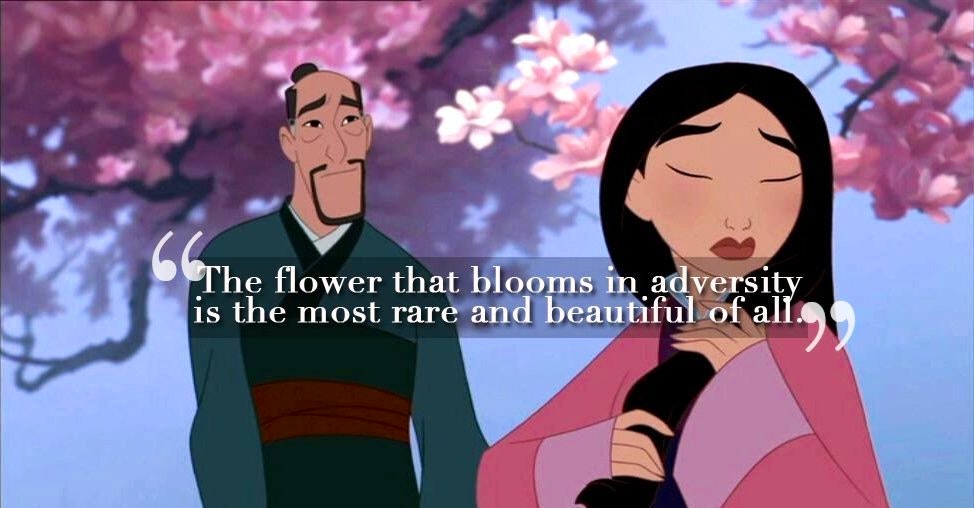 3. “No matter how the wind howls, the mountain cannot bow to it.” – Emperor

4. “When will my reflection show who I am inside?” – Mulan

The one-on-one Chinese class at BLCU can take you from 0 to HSK 6 fluency within 41 weeks at 12 hours per week. The classes are personalized and offered in a one-on-one format online.

The price calculates at around $12 USD per hour. You can buy a 30 class package for 4500 RMB (Around 650 USD). The more classes you order, the lower the price, and each time you order more the price is also reduced. You can choose to take in installments or order the full HSK 6 in one go for a discount. You can apply for the program or register for a free trial here.

BLCU recently launched online group classes for different types of learners. These are from HSK 1 – 4 level and taken over a period of 12 weeks. You will receive classes together with 5 to 9 other students in a group with the guidance of BLCU expert teachers. The cost of the 12-week program is only $144 USD. Check out a sample class below.

If you want to join the group class, China Admissions can provide you with more information.

Complete the form below for more information:

About Beijing Language and Culture University

Beijing Language and Culture University is China’s No.1 Chinese Learning University for Foreigners. Based in Beijing BLCU teaches thousands of international students each year.

As an international university, BLCU’s vision for the past 40 years has been to “popularize Chinese language and promote Chinese culture.” BLCU also undertakes the tasks of teaching foreign languages, computer science, and technology, finance, and accountancy to Chinese students.

BLCU has the longest history, the largest scope, and the most qualified teaching faculties of its kind in the area of teaching the Chinese language and culture to foreigners. BLCU distinguishes itself by its unique cultural atmosphere of diversity, which attracts a large number of students from both home and abroad.

China is home to top-ranking universities in the world. If you’re interested to start your education journey in China, search for programs here. For more in-depth, valuable and inspiring articles visit our blog.

We’d also love it if you share this article on social media.