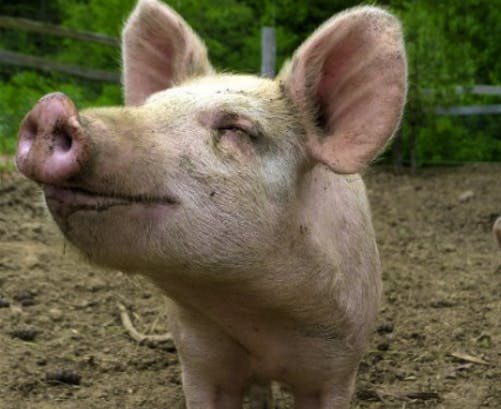 You may have heard the story:

When I was 5 years old, my mother always told me that happiness was the key to life. When I went to school, they asked me what I wanted to be when I grew up. I wrote down ‘happy’. They told me I didn’t understand the assignment, and I told them they didn’t understand life!

Here are three concepts from Ancient Greece, Finance and Japan that can help us to answer this question and achieve it! These concepts are::

As The Rabbit says to Alice in Alice in Wonderland,

“Which way should I go?
” Where do you want go?
Alice: Well I don’t know
Rabbit: “Well it doesn’t matter which way you go”

Clearly defining what you want, and what success means to you, and writing it down, means to you can make it much much more likely that it will happen. Write it down. Brian Tracy explains the first step to achievement is to get crystal clear about what it is you want to achieve in The Power of Clarity. As my Dad always said “If you don’t know where you are going you aren’t going to get there”.

In some ways having a definite target and plan, even if you are not completely sure about it, is better than having no target or plan at all. At least you can always change it later, but it puts you in the right direction. As the world Chess Champion Emmanuel Lasker says “A bad plan is better than no plan at all.”

Many people say they want to be happy, but what does happiness mean? It is such a general term that people use without really knowing what it means. And is it really the most important thing to be happy? JS Mill the Scottish Philosopher, asked: “Is it better to be a happy pig or an unhappy socrates?” If you say you want to be happy, it is quite easy for a stupid pig to be happy, but is that really desireable? Do you not want happiness, but also something more?

There is one concept that is worth learning and I think should be used as a definition of happiness and that is: Eudaimonia. This is a greek word (εὐδαιμονία).

There is a great Ted Talk and book by Andrew Sherman about “Harvesting Intangible Assets”, he says how many companies have a “Rembrandt in the Attic”, which means they have intangible assets that they have not discovered and are not using. There is billions of this value in the economy that is untapped. The same applies for people.

There are very few people, if any, in the world who are reaching their full potential. The sad thing is that most people are completely oblivious to what they are missing, feeling comfortable with where they are. You will never know what you may be missing out on. It would be great if there was some way you could see what you are missing, if someone could show you where you could be now, where you could be in 5 years, but that makes it no less real. The missed potential to yourself, and to the economy is very real.

The first step is to realise your potential is great, and that you are missing out on so much by not reaching it.  Become the great Oak tree that you are supposed to be!

Compound interest is a financial term which basically means that when you receive interest on savings or an investment, you will start to receive interest on the interest. It is actually quite counter-intuitive, and many people don’t realise the full implications of this concept, until it’s too late! For young people, this is extremely important to understand as early as possible so you can start to take advantage of it. I’ll explain how important this is.

This may be best explained with an example.

If you have $1,000 USD and want to save or invest it for the future, you can put it in a savings account, or invest it, if there is interest of 10% per year, do you know how much you will have after 20 years?

This can be seen in the graph below. 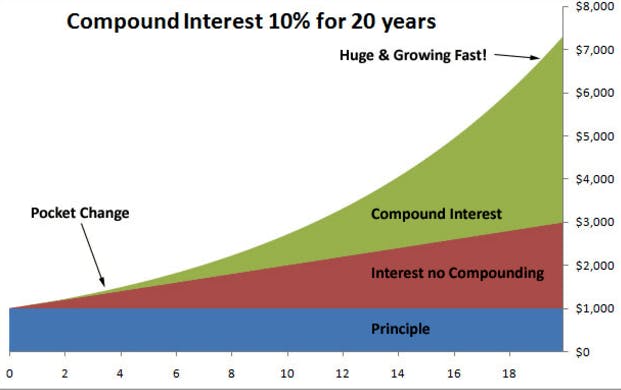 While you see the graph seems to show a small increase at the beginning, it is barely noticeable, the accelerating returns will increase, and the biggest secret to seeing returns is time.

You can use this calculator here  to see how much money it would take for you to save or invest to become a millionaire. The answer may surprise you. Compound interest is one of the key premises behind the finance blog Get Rich Slowly.

Remember that this is only by putting an initial $1,000 USD, and can be far increased by putting $1,000 USD each year, or even more, as your income increases.

There is also a flip side to this, and that is for people who are borrowing money and in debt. You can basically flip this graph upside down. When you are in debt you are owing someone else interest. If you owe $1000 USD to someone, and you are charged 10% interest, in one year this will be $1100 USD, but it will also increase over time to be at least $7000 USD in debt over twenty years, because you will be paying interest on the interest you owe.

That is why, at the earliest opportunity you should try to be in the green part where your interest is compounding. It would most likely be difficult in the beginning and in the first few years, but as you start to see interest compounding, you will start to see real results and acceleration.

This is really the reason why the richest in the world keep getting get richer, and the poor get poorer. Because they keep reinvesting their money back and make compounding interest. 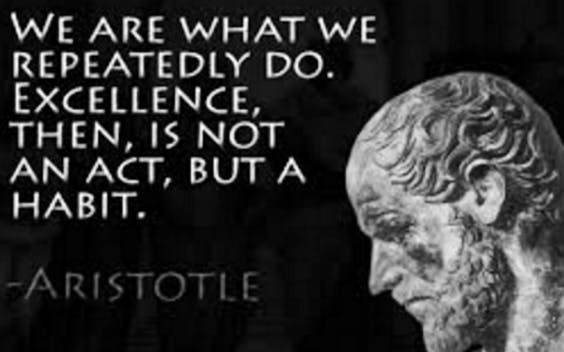 Compound interest is a key concept to understand from a financial perspective, but the concept also applies in other ways, not just financial, but with your actions and your habits, and how you invest your time.

Time is the ultimate investment, because time is limited “You can get more money, but you can’t get more time”, Jim Rohn, so spend it wisely.

An example of this can be someone who forms the habit of waking up at 7.30am each day rather than sleeping in until 8.30. In the first week he may be a bit more tired, but will have some extra time in the morning to catch up on work or get ready for the day, but as time goes on, if that time is used productively, such as he goes to lectures on time, the benefits can multiply. Being more alert for classes, scoring higher marks. The first year he may increase his marks by a few percent, in the following year he will be improving at an accelerating rate and at the end of school, this may allow him to move to a higher class, and eventually become no.,1 in the year.

Another example is if one person learns Chinese for 1 hour each day, and another person uses that hour to watch TV. After 1 year, you will have one person who has 365 hours more Chinese practice, after 2 or 3 years this will accelerate and you can have one person who is fluent in Chinese, another who has
Other habits can be: exercise, gym, healthy eating, etc., which can all see huge benefits which will compound over time.

The secret is how to invest your time.

If you get into the habit of continually adding multiple good habits, the effect multiplies even further.

“Superhuman by habit” is a book which does a great of explaining this in more detail and going into examples. 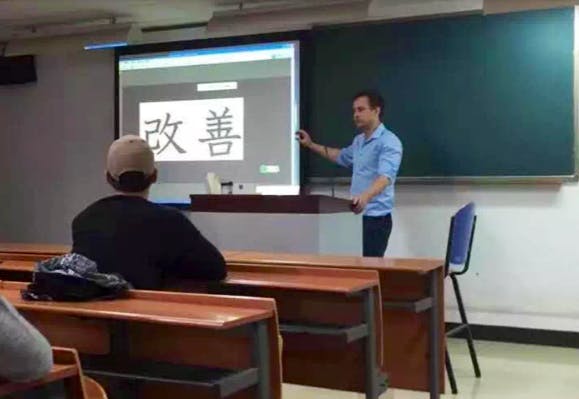 Kaizen is this very beautiful Japanese concept of continual self improvement which is famously applied to the assembly line of Toyota. Where they would continually seek small to eliminate waste in different parts of the product line and continually make small improvements. Using the concept of compound interest in action. By making lots of little improvements, such as speed up the process in one place, cut the cost of one small component, these may be small things individually, but over time, they would add up in a big way and resulted in the cheapest cars, and much greater speed and efficiency in the production line. 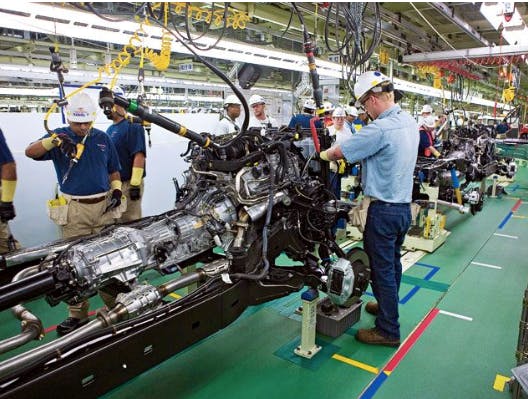 The concept of continually making small improvements is enormous and extremely powerful. Do you think it’s possible to double your output in one month? That seems pretty hard doesn’t it. But do you think you can improve your output by 1% tomorrow? Of course! You could just work 1% more time, or you could focus more on the most productive work and less on the wasteful time, you could read more, or learn another advantage, you could eat better and improve our energy by 1%. Do you know what is the result of increasing your output by 1% for one month? Your output would be double!
Actually there is a Quora topic on this: https://www.quora.com/Is-it-possible-to-get-1-better-every-day

Even if you can’t improve your output by 1%, do you think you can improve your productivity each day by 0.01%? Most people would have little difficulty in finding a way of doing that each day. But over time the results can be enormous.

But just like the compound interest example I explained in the first part, if you do a bad habit for one day, over time, your output will deteriorate, and get worse and worse. Make sure you are aware of this!

So if you can use these three concepts, how to improve and focus on Eudaimonia, on personal flourishing as the path to happiness. Understand compound interest, use it financially, to invest rather than in debt, and invest in good habits to see compounding interest in every area of your life, and follow continual self-improvement as in Kaizen. You will be well on your way to becoming that full grown, beautiful Oak tree that is your full potential!

Contact us for free advice on studying in China!