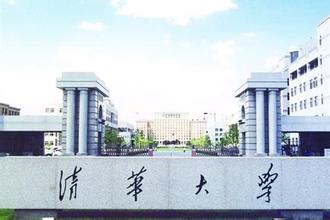 LLM program at Tsinghua University is one of the first generation of LLM programs open to foreign students in China. It had been created in 2005, this year is the ten year anniversary.

A lot of people wonder what it’s like to be a student of one of the top Universities in China? Is it really that hard to study there? Does it help to get a better job?

Christopher Campbell, an alumni of Tsinghua University, shared with China Admissions his experience of studying in one of the top Universities in China. If you’ve ever wondered and asked yourself the questions mentioned above, wonder no more, the answers are below: 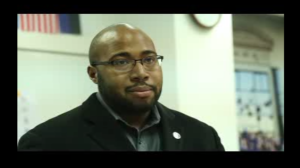 I am Christopher Campbell, from the United States of America, South Carolina. I did business school first, and I could tell from business school that China was going to be a huge emerging market, so I seemed to make sure that I tailored my education towards that. So as I was in law school, I was looking for some ways to make sure that I got a US legal training, but a Chinese legal training as well.

So I looked at Tsinghua, of course, which was the one I ended up choosing, and I looked at PKU, their rival across the street. But Tsinghua convinced me because the quality of the professors, some alumni that had come through, and done some great things in both business and law as well, and then I looked at a couple of programmes in Hong Kong as well.

It’s a fantastic programme. Opportunities that you simply don’t get unless you’re actually here, on the ground, and professors that you would otherwise not get the opportunity to kind of sit at their feet, so to speak, and learn really intricate details of Chinese law and international practice as a whole. So I feel like I’ve gotten tools to be equipped with as I go forward.

But studying in Tsinghua is a little bit surreal. I think for a foreigner, you don’t really understand the magnitude of what it means to go to Tsinghua. I could speak a little bit of Chinese when I arrived, and so I would tell some people as I was coming that I was going to go study at Tsinghua, and then I just would see the shock on their face.

Anywhere from the taxi driver taking us down to going out to eat or something like that, all the way to partners at law firms and other business professionals, especially if it’s a Chinese person, when you’re
telling them that you’re studying at Tsinghua, they all seem to be very impressed, and then they all have an immediate higher expectation of your skill set, just because you went to Tsinghua. They ask you who you studied with, if they went to Tsinghua themselves, they get this kind of glassy-eyed look, thinking back on their Tsinghua days.

It’s a great honour to be here.

I think it’s kind of a similar feeling in that I think on the first few days, everyone’s a little bit nervous because you haven’t met these folks yet, and they’re from some of the greatest law schools in the world. You look down the list and you see people that are from Georgetown and Cambridge and I myself, coming from the University of South Carolina,
you just want to make sure that you represent your law school well, because people are having high level legal analysis when they’re answering questions and contributing to the class. So all that goes to say that everyone in class is well equipped and well prepared for the programme.

First highlight is with some of my classmates, the business school was having a talk with Mark Zuckerberg, and so we snuck into the Mark Zuckerberg talk and got to talk with the Facebook lawyers and that was really cool. That was last year in October, when the business school was having their annual summit. But aside from that, doing international arbitration classes, we had some of the greatest speakers in the world come, Professor Gary Born, Justin D’Agostino, and just great international arbitration professionals. So class is like that.  And one more thing: the law school participated in the business school’s internal case tournament. And we ended up making the finals and beating sixty other business school teams. So the law school represented well there.

The class karaoke sessions, we would go for karaoke at least once or twice a month. Those were great bonding times and we would have family dinners, one might say, every coupl

e weeks at least. Someone would cook or host us in their home, and we would eat together. Sports day was also great, because you had a lot of big, strong foreigners thinking we were going to kill in tug of war, and we ended up getting dragged around the parking lot. I ended up breaking the shot put record on track day, and another girl in the class broke the long jump record.

I have a year’s worth of memories of Tsinghua.

As we kind of touched on a moment ago, for someone that wants to do business and do work in China, Tsinghua has opened up a lot of doors. I’ve worked at a couple of Chinese law firms already. And I’m pretty fairly certain that the fact that I studied at Tsinghua was a big boost in the application process.

I think actually my story doing internships kind of sums up the Tsinghua experience as a whole.

One of the professors, Professor Gao Xiqing, who teaches cross border mergers and acquisitions, is one of the founding partners of a local firm called HaiWen & Partners and he saw that I was applying for jobs, and asked me in a matter-of-fact way, would you like to work at my firm? And so indeed I did. I worked there for six months, and it was just a matter of just asking, and the firm hired me. And I think that’s indicative of what a lot of Chinese law firms are willing to do for some of the foreigners here because of the respect and esteem that Tsinghua has here. The firm that I work for now, Zhong Lun, also has told me directly that the fact that I went to Tsinghua was a deciding factor for them. 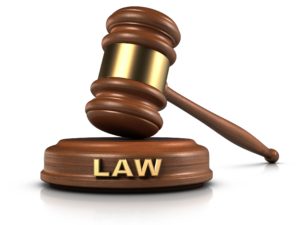 What is working in China like? People run everywhere. My colleagues all day are just running up and down the hallways. I tell that story to say that Chinese lawyers and Chinese associates are very hardworking. So you kinda get this sense of urgency all throughout the day, from the time that you get there to the time that you leave. Sometimes I would come even a couple of hours early just so I could start my day a little bit more calmly, because once the partners start showing up and the phones start ringing, even if I don’t speak great Chinese, there’s plenty of work to be done, whether it’s doing research in foreign jurisdictions, or writing memos and doing all that kind of work.

I’m thankful to Tsinghua for the opportunities that they’ve given to me, to introduce me to new practices of law that I didn’t even know that I wanted to do, and commercial arbitration. I’m thankful to the staff, the professors, from Camilia Liu, who is our programme director, Professor Wang Chenguang, who is the father of the programme, thank you so much for this opportunity that you’ve given us, and I can’t wait to see the programme grow, I’m glad to be an alumni.

It’s a great time to apply for LLM in Tsinghua University, as there are some scholarship opportunities available now! But you’d better apply as soon as possible, no great opportunities will wait for you forever.

How to apply? Click here and fill out the form. If you have any questions, feel free to contact us at apply@china-admissions.com or