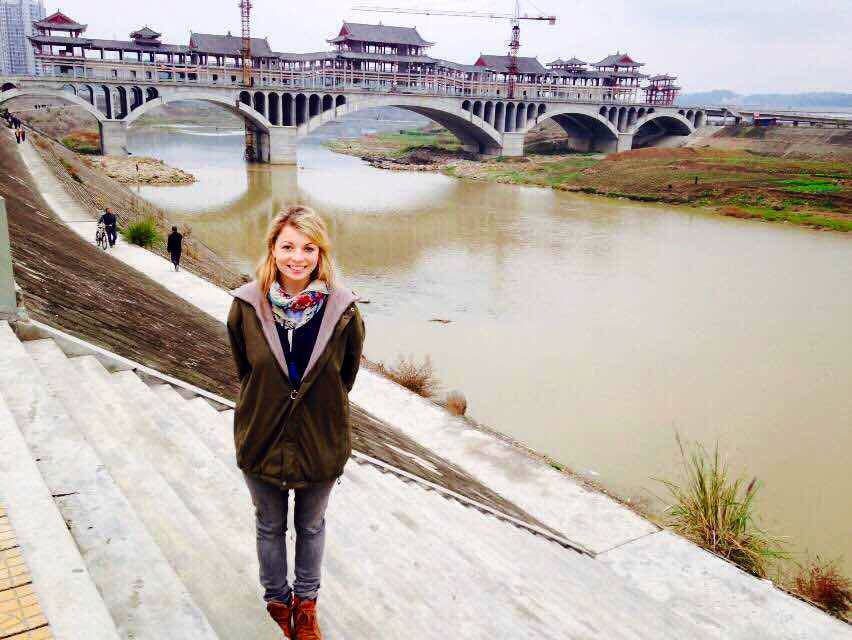 Elizabeth Gasson from UK shared with us her story, her experience of studying in Tsinghua University, one of the best Universities in China.

Here is what Elizabeth thinks of it:

“I came to study at Tsinghua University in September of 2010 to study a masters in global business journalism otherwise known as GBJ. Not unusual of my character, I hadn’t booked a hotel or applied for accommodation. And after a rather tumultuous trip in Thailand, I fell into the GBJ office exhausted and in desperate need of somewhere to sleep!

As could have been expected, the Tsinghua accommodation was full, yet the departmental staff set about resolving my issue with smiles on their faces. I immediately felt at ease and taken care of. The next day I was living in the Chinese student dormitories with three other girls and the girl who I was replacing voluntarily (perhaps slightly coerced by her roommates) prolonged her stay in her hometown.

I wasn’t allowed to be there but everyone turned a blind eye to the fact I wasn’t in fact very Chinese-looking and generally supported me from the offset. It was truly magnificent that I could receive so much support in a country not my own. But that was the ethos at Tsinghua, friendly and welcoming 🙂

Throughout the course, I was always busy with other tasks. Professors would ask me to do a lot for the department such as launch a small conference or welcome directors from various British universities. I was often invited to dinners with the professors or experts in the journalism industry. I was also asked to launch a new PR project at Tsinghua. So there was a lot more to the course than just reading books.

What I learned quickly was that complaining will not get you anywhere. Yet positivism will.

Regarding the course itself, it was generally considered a little like high school, as though we were babied, and it was a shame that a couple of members of the course complained that having homework at this stage, rather than an end-of-term project, was backward. But this is the way the Chinese system works so those who cannot accept it need to know this before embarking on a program at a Chinese university. In fact I liked this regular testing etc because that meant we wouldn’t cram anything in at the end of term and our progress was monitored. I sometimes feel that in the UK we don’t have enough of this.

We did various modules including financial journalism, ethics, finance and accounting, corporate communications, public speaking, public relations, film making, intercultural communications, and we were allowed to elect modules from other departments (although when we arrived they were not able to do this with the Tsinghua business school since there was too much red tape involved apparently).

During my time at Tsinghua University I also took a course in French so as to get the experience of learning a language from Chinese. I was the only foreigner in the class and did in fact find it difficult to continue since we were not provided with any time to speak, yet it was an interesting experience all the same!

I extended my course by an extra six months due to work overload outside of the course and this was very easy to orchestrate.

My best moment at Tsinghua university must have been during my film class when I had chosen my subject to be Zhang Tiequan, an MMA fighter from Inner Mongolia who agreed to let me run a short documentary on his life. I loaned out a professional video camera and followed him around for a day in his life- from the depths of his teammates’ underground lodgings where here were around 8 to a room, to his professional interview at a TV station.

I would recommend studying at Tsinghua University and the Graduate Business Journalism program to anyone who asked me, not only for the content but also the new experience and different style of learning.”

If you got inspired by Elizabeth’s story and are also interested to study in Tsinghua University, we can help you with that.

Contact us at apply@china-admissions.com or through our site to apply or ask questions about how to apply for a course, how to get started on your application or any other questions.