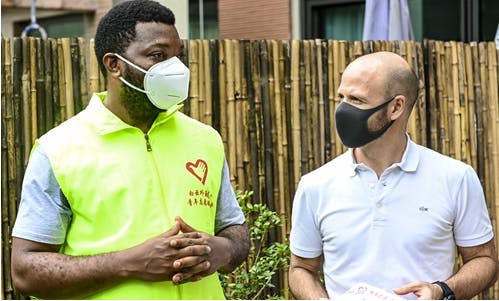 The following article was written in the Global Times in China and details measures to make discrimination illegal. You can read it here. 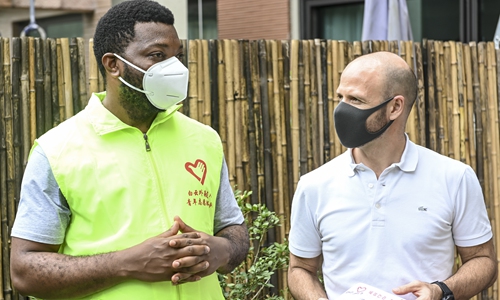 A foreign volunteer (left), who is a student at a college in Guangzhou, South China’s Guangdong Province, talks to another foreigner who lives in the city’s Baiyun district. Five volunteers in his team helped foreigners in the community during the COVID-19 pandemic. Photo: cnsphoto

The measures require that service agencies in nine sectors treat Chinese and foreigners equally, and not discriminate based on nationality, race, gender or skin color.

There are now three ways for Chinese and foreigners to enter public spaces like restaurants, subways, hotels, and tourist attractions: present their negative nucleic acid test result effective within 7 days, present a lifted medical isolation notice effective within 7 days, or show a valid ID after registering their personal information and taking their body temperature, according to the measures.

The measures stipulate that epidemic control not include preconditions and additional requirements against people of a specific nationality in medical institutions, education systems, public places, community buildings.

Taxi and bus drivers who refuse rides to customers would be punished after investigation.

Landlords are not allowed to cancel or modify the agreement without justifiable reasons, raise the rent unilaterally, or withhold renters’ deposits.

The measures provide complaint lines of these industries and departments, as well as a 24-hour consultation service hotline for foreigners.

The measures are formulated based on an open letter the Guangdong authority issued on April 17 to its Chinese and foreign residents to call on concerted efforts in the struggle against COVID-19 and discrimination, following accusations of discriminatory epidemic control measures against the African community in the province.

The Foreign Affairs Office of the People’s Government of Guangdong Province said in the letter that the anti-virus measures are applied to all people living in Guangdong, including Chinese citizens and foreign nationals from all countries.