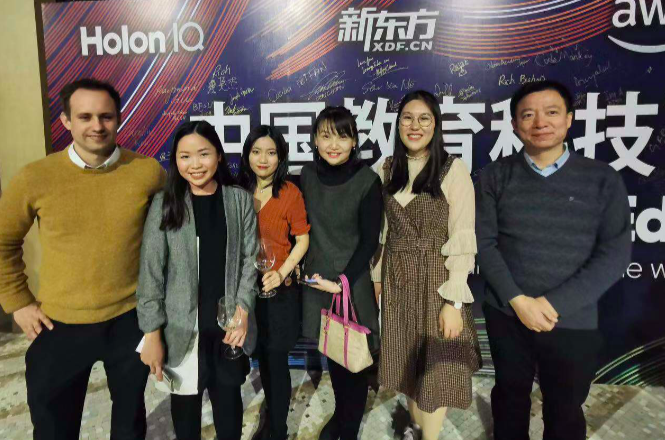 China Admissions was recognised as being in the 100 most promising Edtech companies in China the China Edtech 100- working to transform the way the world learns.

The award banquet was on Tuesday in Beijing at the end of the largest education conferences in Beijing. GET and GES conferences. Global Education Technology by JMD, and Global Education Summit by TAL. The awards banquet was joined by 200 leading Chinese and International education technology companies, startups, investors, entrepreneurs and experts.

Beijing Language and Culture University was founded in 1962. Its main task is to teach the Chinese language and culture to foreign students. As well as teaching Chinese, it also undertakes the tasks of teaching foreign languages, computer science and technology, finance and accountancy to Chinese students. It provides training courses for teachers who specialize in teaching Chinese as a foreign language, and it offers pre-departure language training to candidates intending to live and work abroad.

BLCU has the longest history, the largest scope, and the most qualified teaching faculties of its kind in the area of teaching the Chinese language and culture to foreigners. BLCU distinguishes itself by its unique cultural atmosphere of diversity, which attracts a large number of students from both home and abroad. Since the founding of the University over 40 years ago, more than 60,000 students from over 160 countries and regions have stepped out confidently into the world from here. Some have become distinguished diplomats, sinologists and journalists; 14 have worked as foreign ambassadors to China and more than 30 are diplomats working in the embassies to China.

You can search and apply to programs at BLCU here.

Beijing Foreign Studies University, or BFSU, located in the Haidian District of Beijing, where the key institutions of higher education and high-tech industries are concentrated, is divided into two campuses – the West Campus and the East Campus. BFSU covers a total area of 492,000 square meters and enjoys access to convenient transportation, with the Third Ring Road running through the two campuses.

Founded in 1941, BFSU is a prestigious university in China under the direct leadership of the Chinese Ministry of Education. It is one of China’s top universities listed under Project 985 and Project 211, both comprising top universities in China. BFSU is one of China’s oldest language universities. It is the first institution specializing in foreign language studies. It has the longest history among universities of its kind in China, offering a complete range of degrees, diplomas and programs at various levels, with the largest number of foreign language programs in the country.BFSU is also one of the first universities in China to accept international students.

You can search programs at BFSU here:

HolonIQ is a global education market intelligence platform. Our mission is to connect the world with the technology, skills and capital to transform education. www.HolonIQ.com

China Admissions, is an investor backed online platform for international students to apply to Chinese Universities. We partner with 100+ top Chinese universities, and have over 100,000 registered students. www.china-admissions.com

Why Apply on China Admissions?