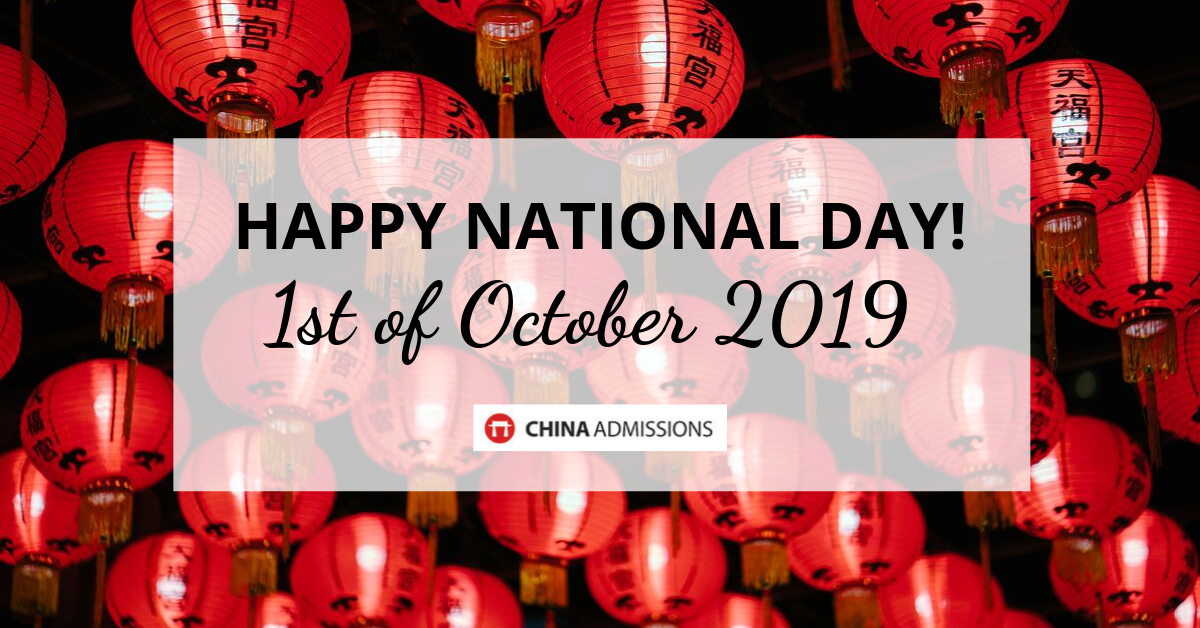 Happy National Day! October 1 marks the 70th China Anniversary and celebrations are kicking off in Beijing.

With its emergence as a nation-state, the national day is a universal symbol of Chinese sovereign independence. October 1 represents national unity. It’s a special time when Chinese people honor the contributions of their predecessors.

Besides being a day of patriotism, the 70th China Anniversary is filled with fun activities, find out what they are here!

Celebrate the 70th China Anniversary with the “Golden Week”!

To commemorate the founding of the People’s Republic of China, the government sets large-scale activities nationwide!

The 7-day Chinese holiday from Oct. 1st to 7th is called “Golden Week”. With the autumn season, the weather is clear and comfortable, which is why it’s a golden time to travel around the country.

If you’re an international student in China, now is your opportunity to take a weeklong holiday and go out on short or long-distance trips!

What You Can Do During the Golden Week

The national day celebration started off with a flag-raising ceremony and military parade. But there are other celebration activities in the coming days!

You can watch dance and song shows and immerse yourself in Chinese culture and traditions. Firework displays, painting exhibits, and calligraphy exhibitions are also common.

Love shopping? The national day is one of the best days to splurge as many shopping malls offer big discounts.

Enjoy the Chinese National Holiday everyone!

If you want to continue your Chinese application, China Admissions is open during the holiday!