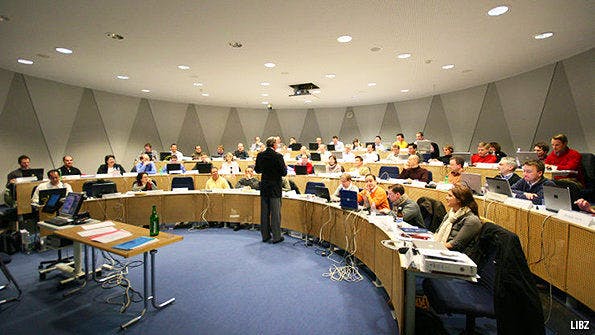 We are pleased to share the update that the CEIBS MBA has now reached number 5 in the FT rankings worldwide.

The China Europe International Business School (CEIBS) has consolidated its leading position among global business schools, with its MBA programme moving up a further 3 places to #5 in the Financial Times’ ranking of the world’s top 100 full-time MBAs. This is the first time in the school’s history that the MBA has been so highly ranked and the first time CEIBS has had two programmes in the top 5. The CEIBS Global EMBA is now also #5 in the FT’s ranking of EMBA programmes worldwide.

The FT rankings are widely regarded, in management education circles across the globe, as one of the most rigorous and most authoritative. For 2019, it has ranked the top 5 MBA programmes as Stanford, Harvard, Insead, Wharton and CEIBS. The CEIBS MBA also retains its position as #1 in Asia in the FT rankings and is also ranked #1 in Asia by Forbes and Bloomberg BusinessWeek.

“This is a historic and very significant milestone for us and a very good way to start our celebration of the school’s 25thanniversary,” said CEIBS President Professor Li Mingjun. “It is remarkable what CEIBS has achieved in just 25 years since it was jointly established by the Chinese government and the European Union. Thanks to the tremendous efforts of the entire school, CEIBS’ outstanding achievements in recent years are in sharp contrast to widespread concerns about the slowdown of the Chinese economy and trade tensions between China and the US.”

The efforts of the school’s Career Development Centre (CDC) and the power of the CEIBS brand within the business community, have, for example, contributed to MBA graduates’ success in landing jobs. An impressive 93% of them were employed three months after graduation, the highest among the top 5 schools in the rankings. After studying at CEIBS, graduates enjoyed an impressive 183% salary increase, also the highest among this year’s top five schools.

“The CEIBS MBA offers an excellent return on the investment our students make in their future. We continue to improve the level of support we provide to ensure that they emerge from our programme better positioned to move ahead in their careers,” said Associate Dean and MBA Director Professor Juan Antonio Fernandez. CEIBS is also focused on staying one step ahead of the trends that will impact graduates’ careers, adding, for example, Digital Business as a concentration in response to changes in the way the world does commerce. “The CEIBS MBA is the most advanced in the Asia Pacific. We have 22 electives focusing on digital or innovation related topics,” added Professor Fernandez.

This year’s FT rankings also confirm that CEIBS has done a better job of helping students advance in their careers and achieve the goals they set when enrolling. Alumni have clearly taken note of all these improvements and there has been an increase in the number of graduates who would recommend the CEIBS MBA to others.

At the same time, the rankings have reflected improvements in CEIBS’ continuous efforts to provide cutting edge research that makes a significant contribution to the field of academia and can also be applied in real life. The school’s faculty had 92 articles published in top journals between 2016 and 2018. There is also a strong focus on CSR, which the school’s leadership has made a focus at the strategic level of the organisation. For the last graduating class before the rankings were compiled, more than 40 hours of core MBA classes were related to CSR, ethics or social and environmental issues. CEIBS’ commitment to diversification in and outside of the classroom was also a factor reflected in the rankings.

Meanwhile there have been other innovations and initiatives that have improved the CEIBS MBA experience even more. For example, CEIBS launched its patented Real Situation Learning Method (RSLM) that has revolutionised the traditional case method of teaching by placing both students and top company executives at the centre of face-to-face discussions that typically take place inside the company being analysed. There has also been a renewed focus on China, with new modules added to ensure that students have a solid foundation in understanding how business is done in the world’s second largest economy. They are given unparalleled access to major corporations that provide insight into vital economic trends such as the globalisation of Chinese companies, innovation in China and family business succession. This is complemented by student exchange outside China at some of the world’s best business schools, along with overseas elective modules (in the US, Japan, Israel, Malaysia and Europe) through which CEIBS provides vital insight into the global economy.

“Having the CEIBS MBA join our Global EMBA in the world’s top 5 of their respective rankings, a feat never before accomplished by an Asian business school and by only a handful of global ones, is an indicator that we are moving in the right direction,” said CEIBS Vice President and Dean Professor Ding Yuan. “Looking ahead, our focus will continue to be on providing rigorous, world class academic tutelage to those who know the value of a CEIBS education, and on the professional development of business leaders who will have a global impact.”

About CEIBSChina Europe International Business School (CEIBS) is among the top international business schools in Asia, where it is the only one to have simultaneously made it to the Financial Times’ top 5 list of MBA and EMBA programmes.

CEIBS has more than 22,000 alumni from over 80 countries worldwide, and over the last 25 years has provided a broad range of management programmes for more than 150,000 executives both at home and abroad. It also offers a Finance MBA, Hospitality EMBA and a wide range of Executive Education programmes. With a faculty team that has extensive China knowledge and global insight, CEIBS is uniquely equipped to nurture business leaders, at every stage of their careers, preparing them to make a global impact.  An unrivalled China expert, CEIBS is guided by the concept of China Focus, and Global Significance.  This is tangibly reflected in the school’s activities and operations at its 5 campuses across 3 continents: Asia, Africa and Europe. CEIBS has campuses in Shanghai, Beijing and Shenzhen in China, as well as Zurich in Switzerland, and Accra in Ghana.

You can find out more about the CEIBS MBA and apply here. Would you like a free consultation on studying MBA in China? Contact us.