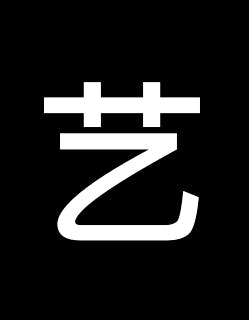 Looking into the origin of this character is a really typical example to show how Chinese characters have developed over time its also a great way to learn characters and I think its 100 times more efficient and fun than learning by rote (by blind memorisation).
This article is from Uncle Hanzi here. 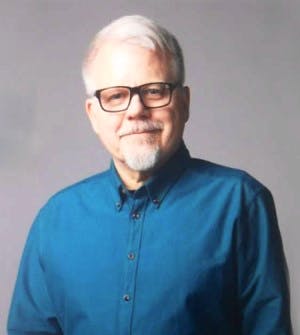 艺 character is made of two parts. 艹 and 乙

The top is grass 艹 Cǎo
This is the full form 艸
The radical is 艹
Cǎo is grass as a character 草
If you see this radical in any character you will know that it is in some way related to grass or plants. Some common examples: 艹， strawberry 草莓， flower 花.
According to the Kangxi Dictionary there are 1902 characters which have this radical (out of 40,000) (thats almost 5%. It is the most commonly used character that you will see in almost 1 in 20 characters!

Actually this is an interesting one. Chinese characters have gone through a process of being simplified so that it was easier to use, and learn. Now China has a near universal literacy rate.

Previously the traditional form of the character was 藝 which I’m going to go into more detail later.

Now you also know that many characters containing 乙 may have the sound like Yi. For example 亿 (Billion)。 忆 recall， 钇 (yttrium – a type of metal). If you are not sure of a character but you see 乙 you can guess that the sound of it might be Yi or very similar to Yi.
Now I’m going to go into the traditional form of 藝 and each part.

A breakdown of the character 艺。 The left is the simplified, the middle is the traditional, and on the right are the components of the traditional.
Now here is the breakdown of an oracle of the traditional character. We can tell a lot of the evolution of Chinese characters by looking at the records of writing from oracle bones which were written at various points of time in chinese history. Richard Sears has done an incredible job of recording this with over 90,000 characters. You can read an interview we did with him here. 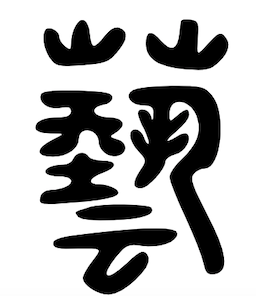 The traditional part still has the same grass 艹 radical at the top.

To summarise – the basic origin and meaning of this character is related to planting. So we can see by looking into the components that the origin of the character “Art” comes from “Planting”. Each of the parts shows something related to that.

I will start with the bottom part 云

云 is a actually a character which means cloud yún。The origin of this relates to the weather, and “when is a good time, or what are the best weather conditions to plant”. Which is obviously an important part of planting.
Forgive me for getting sidetracked a bit

云 is used as a radical, and also as a character. The traditional version of 云 is 雲 which also includes 雨

This character (pronounced Yǔ)  means to rain. You can see it perfectly looks like rain coming down.

This word is umbrella and it is pronounced Yǔsǎn. This is beautiful because the second part perfectly looks like an umbrella.

OK so back to the 艺 character

This is made of two parts 坴 which is a heap of earth, a mushroom圥 on top of some dirt
土 the ancient form 圥 actually comes from 木 which is a tree and means plants in general
On the right is 丸. But this isn’t correct, it should actually be 丮
坴  is a heap 土 this is a potters wheel which means dirt in general 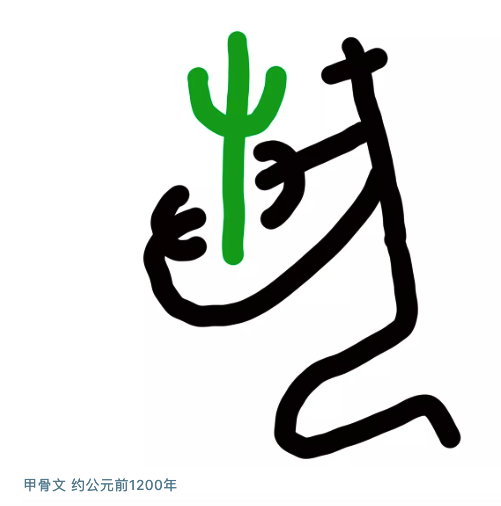 This image from the oracle bones shows perfectly the spirt of this character. Which is the act of planting.

Now you can see the evolution and components of this article. You will never look at 艺 in the same way again. You can start to see some of the richness, beauty and depth of Chinese characters which makes it so fascinating.

Are you interested in learning more? Check out some of the Chinese programs here.