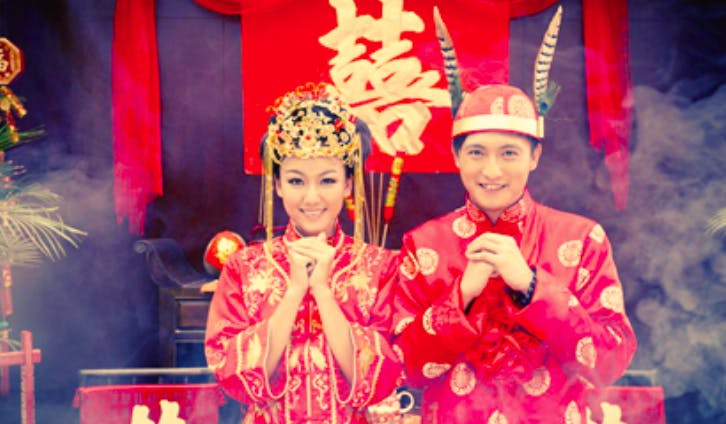 Have you ever been to a Chinese wedding? They are very interesting and fun. We also know a number of students who have come to China, found love and got married in China.

Marriage is all about two people coming together to create something new.

Here are some Chinese characters that you can learn

This character is a mix of two characters coming together 喜Xǐ which means happiness. When you put two happiness together it means ‘double happiness’ and its the meaning of two people coming together to get married. Its a similar concept to ‘win-win’. 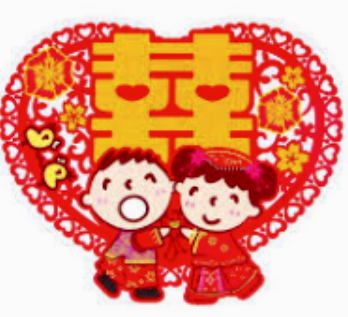 壴is A drum 口 with two ends, a base and feathers 土 on top.

The character 赑 (bi) stacks up three 贝 (bei, meaning money). Wondering how three characters for the word ‘money’ can come to mean ‘strenuous’? As the Notorious B.I.G. once said: “Mo’ Money, Mo’ Problems.” We guess earning so much money must not be easy job.

This character has three 舌 she which means tongue. You know that anything with 舌 in it is likely related to tongue. 的话 is an example, which means, so to say.

舌 has two parts, the top part is 千 (it is important not to get confused with 干) which looks very different and is a different radical, one has a flat top, the other is sloped slightly. They have completely different meanings.

千 means a thousand and it comes from 人 a person, and a line