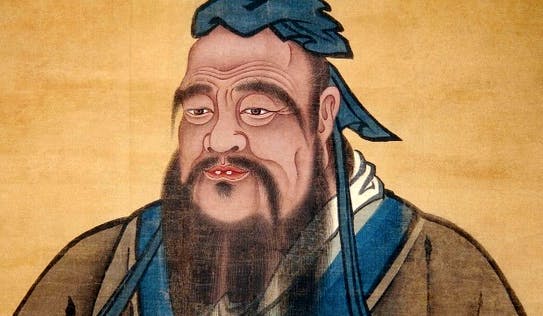 “Do not do to others what you do not want done to yourself”,

This is now known worldwide as the Golden rule.

Confucius. born in 551 BC is one of China’s, and the world’s most well known philosophers. His teachings did not become famous for centuries after his death. You may often see him quoted online in memes ‘Confucius says…’ incorrectly quoting something.

A person up against a tree, means to rest.

The character for big, is a person with outstretched arms.

Put two people walking together side by side and it means to follow.

If you put three people together, just as in the popular western saying “three is a crowd.”

The chinese name for volkwagen is particularly clever for two ways.

众
Volkswagen is a german word and it means “peoples car” volks has a similar route to Folks, Wagen and Car. The peoples car.

大众 literally means “the big crowd” or “the masses”, so its also the peoples car.

With such richness of Chinese characters, its quite an art to give a company a good name and is a great opportunity to connect with Chinese people. VW is doing very well in China.

Some western companies will go on the route of sounding like their western name in Chinese characters. Others might create a new name.

Google’s Chinese name is Guge, which sounds like google, and it also means “the valley song” (coming from Silicon Valley.).