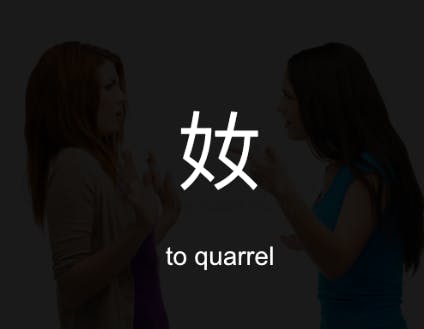 In Chinese, you can add multiple characters together to have new meanings. I’ll show one below and come on to more later.

女Nǚ
This is the chinese character for woman.

The character for woman is used in many characters.
安Ān
This character is divided into two parts. The top part is a roof, with a chimney 宀 (which is also used in a huge number of characters). The bottom part is the woman.

Together these two characters means that when a woman is under the roof, or at home, then all is peaceful or secure.

好Hǎo
This character is made of two parts. A woman, and a son or baby. It means “Good” . We could imply that the concept of a woman and baby together is a positive one.

Are you interested in learning Chinese? Checkout some of the programs in China and online here.