We are inviting you to an online bike tour experience together with BElectric Beijing’s Co-Founder and Director, Dominic De Couto. On this online bike tour, Dom will take us around the Hutongs and explain different cool things about Beijing’s hutongs. 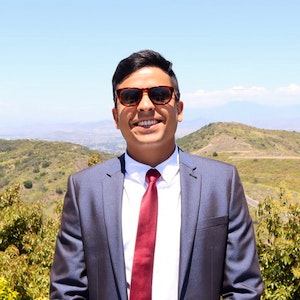 Dominic De Couto, an ex-pat from England who has been living in China since 2017, is the Co-Founder & Director of BElectric Beijing, the only eBike Experience company in Beijing which he founded with his good mate Ilya Cheremnikh, Culture Yard’s Principal and Owner.

He graduated from Bournemouth University with a Bachelor’s Degree in Marketing Communications last 2016. After studying marketing and communications, Dominic found himself living in Holland, working in Nike Skateboarding’s marketing and branding department. Although it was supposed to be a dream job of his at the age of 24, he felt uninspired by the idea of a 20-year career in the corporate world and decided to go with his college friend who invited him to go to China after finishing up his corporate year.

In 2017, he went to China with a plan to teach English and became a full-time English Language Teacher at Aihua International Education from August 2017 to February 2019. During his first year in China, while teaching full-time, he also took Chinese lessons at The Culture Yard, where he became good mates with Principal and Owner Ilya Cheremnikh. With his marketing and branding experience and Ilya’s knowledge of Beijing, the two Co-Founded BElectric and launched Beijing’s only tour company that exclusively uses electric bicycles in July 2018.

BElectric Beijing is a service that brings Beijing closer together. You will be able to see many of Beijing’s beauty in the most fun and most eye-opening way possible; by an electric bicycle.

For their more experienced guests, they offer rentals to explore the city by themselves, for up to 5 days. They know that Beijing is an incredible city, but can be sometimes difficult to navigate. They want to create a more accessible and less scary Beijing for all of their guests. They want to create new friendships and build on current ones, using this magical city as the catalyst.

Please fill out the form to complete your registration. We will get back shortly.

Read more “Richard truly cares about your well-being and your stay in China.”

Read more “Over and above service”

Read more “I have already referred Anesu Talent and Trevor”

Because I get answers to all the information that want. It’s so easy to communicate with the China admissions management team. I’m very pleased with your services.

Read more “I couldn’t have done it without China Admissions”

They are always helpful and responsive. The best service you could use if applying for university in china. Would recommend to anyone interested in Chinese universities or course

One of the best I have come across, it is more or less a complete solution from the application stage till final admission. Good guidance for medicals and student visa process. The best part is it is affordable.

Read more “I am so impressed”

Read more “Will not let you down”

Thank you Richard, Nadia, and China Admission Team! Especially for Richard who has been helping and answering my doubts about the MBA Program in China and throughout the application process. It was indeed helpful & encouraging.

Saskia was super friendly and helpful. She answered all of my questions and even went above and beyond by asking why I chose certain universities and gave me ideas and recommendations that align best with my current situation and goals. Super grateful for your help!

I am so grateful to china admissions for the way the handled my application from the first stage to the final stage that we are right now. Duulgun,Nadia,and all the staff at china Admissions.well done and continue with the excellent work. I am just waiting for my JW202.

I am so glad to talk and practice with Rich. His suggestions are very helpful!

Read more “I recommend China Admissions to my friends.”

Read more “Thanks to China Admissions”

Clear presentations, highly friendly user indications. All in all: ✨Awesome support during the whole process and even after! Excellent job!!! Thank YOU to all🌺

Really friendly, helpful people – can always email them and they will respond to your questions!

I chose 10 because you people are awesome 😊, I like how you always reply to my messages. You are the best amongst the rest. Thank you.

The most supportive and convenient service ive ever used. Thank you so much.

Why Apply on China Admissions?