Introduction to the Program

The Master’s in French at CCNU is a two year postgraduate degree program taught in English.

CCNU, Central China Normal University, also known as Huazhong Normal University, is a leading University located in Wuhan in Central China. There are a large number of programs available in English with almost 3000 international students, the campus is large with adequate accommodation for international students, and the cost of living in Wuhan is cheaper than Universities in Beijing or Shanghai.

About School of Foreign Languages

School of Foreign Languages was found in 1924, which was originally the English Department of CCNU. Up to now, the School has seven teaching units (including English Department, Russian Department, Japanese Department, French Department, Translation Department and College Public English Department) and seven research institutes (including  Institute of Foreign Linguistics and Applied Linguistics,  Institute of Japanese Culture, Institute of Korean Culture, Translation Research Center, Teacher Education Research Center, English Literature Research Center and College English Teaching Research Center ). With over two thousand students studying at different levels at present, the school has a teaching and administrative team of more than two hundred members, of which 23 are professors, 58 are associate professors, and 7 are doctoral supervisors. During the recent years, the rate of students who pass the postgraduate program entrance examination has been staying around 30%, and the rate of students who take jobs right after graduation has exceeded 96%.

The School is equipped with advanced teaching and studying facilities. The digital classrooms not only have multi-media equipments, but are also able to retrieve audio materials and internet resources from the controlling center of the School. The satellite receiver installed by the School can receive programs of five languages from seven channels, which provide students with live TV programs in the classrooms, having realized the modernization, digitalization and networking of teaching. The school also owns simultaneous interpretation booth, multi-functional auditorium and courseware studio, which all guarantee the first-class standard of its teaching condition.

The application deadline is Aug.31. The program starts in September each year. 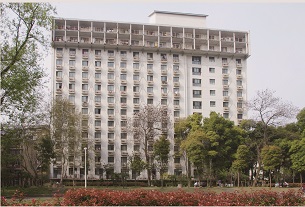 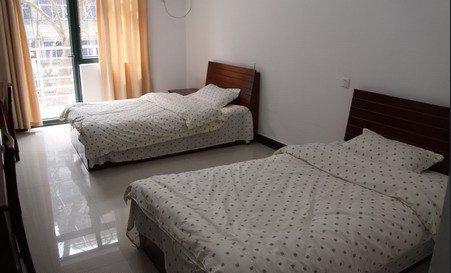 To apply complete the application form here. If you have any questions contact us.

"I chose to come to CCNU because it has a rich history and vast experience in grooming students for future responsibilities. The university is centrally located which makes it ideal for relaxation after a hard day’s work. The teachers are very adaptive to the needs of the students. The lessons are tailored to the changing global environment. I find studying history here interesting and stimulating."
Leda Solonoraza Albert