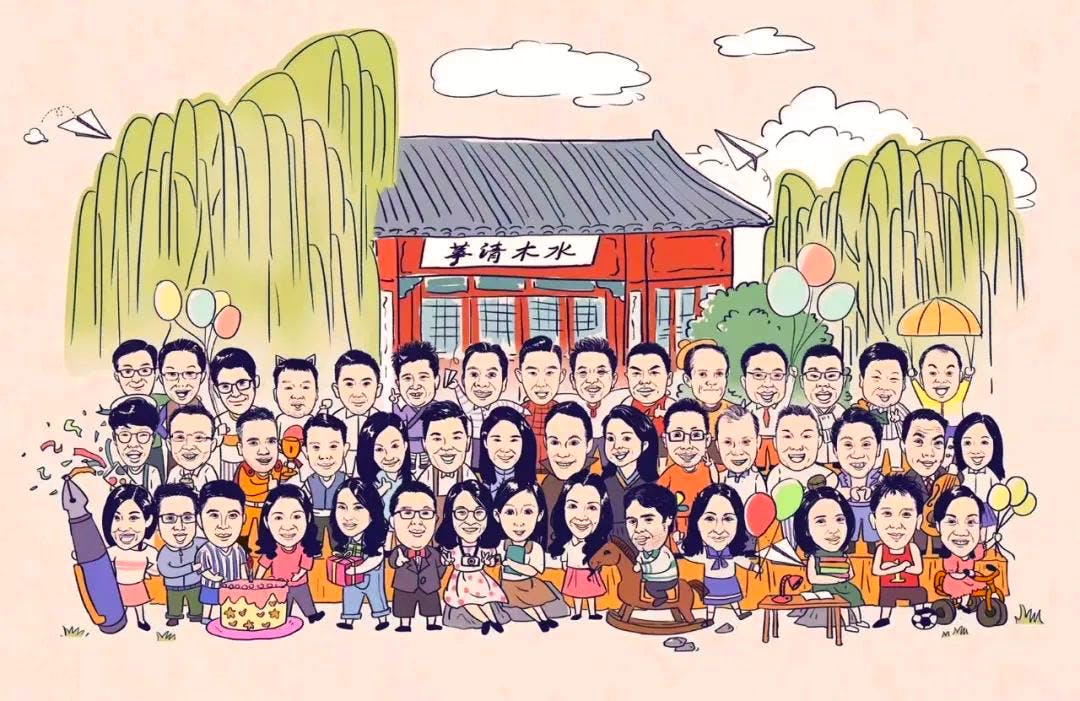 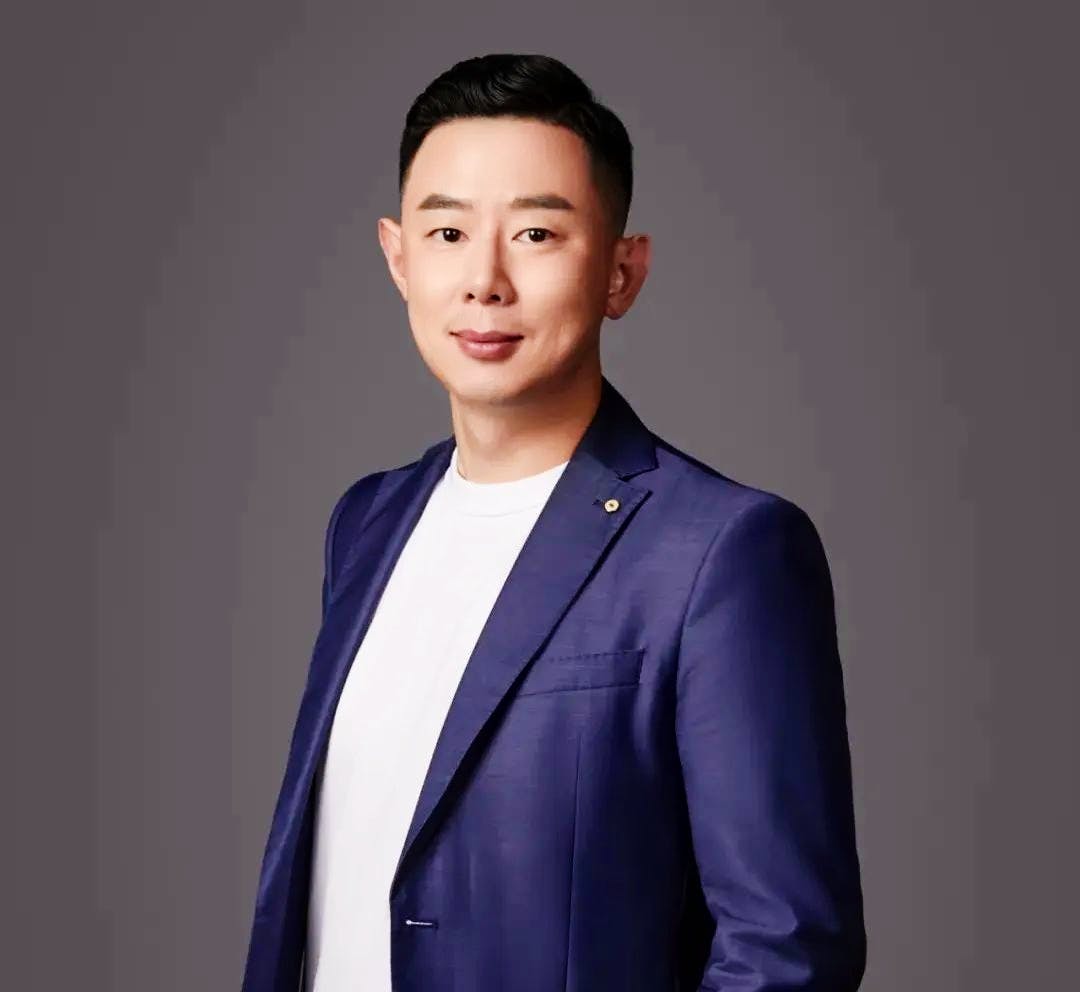 Daniel Song, a TIEMBA (Tsinghua-INSEAD Executive MBA) graduate from the Class of 2022, has focused on consumer goods and marketing in his career over the past decade and more. He has ever worked in such multinational companies as P&G and Google. Currently, he serves as Vice President of Walmart (China) and take charge of the branding and marketing of Walmart and Sam’s Club in China.

Speaking of his TIEMBA study, Daniel doesn’t consider it an immediate snap decision. After working for more than ten years after graduating from university, he has been longing for an opportunity to return to campus to further his study. He first heard about the TIEMBA programme from a former colleague who is also a TIEMBA alumnus. He was attracted by the advantages of the programme, including its prestigious reputation, being ranked as one of the top EMBA programmes in the world, a collaboration between China’s renowned Tsinghua University and INSEAD, dual degrees, top-level faculty, modules being taught across different campuses in different countries, and the exposure to various cultures. He was then determined to get into the EMBA programme. Motivated by this dream, he buried himself in reading materials at the National Library, and got fully prepared for the application, the GMAT, the admission interview and the entrance exam. When he received the offer, he said all his efforts paid off. 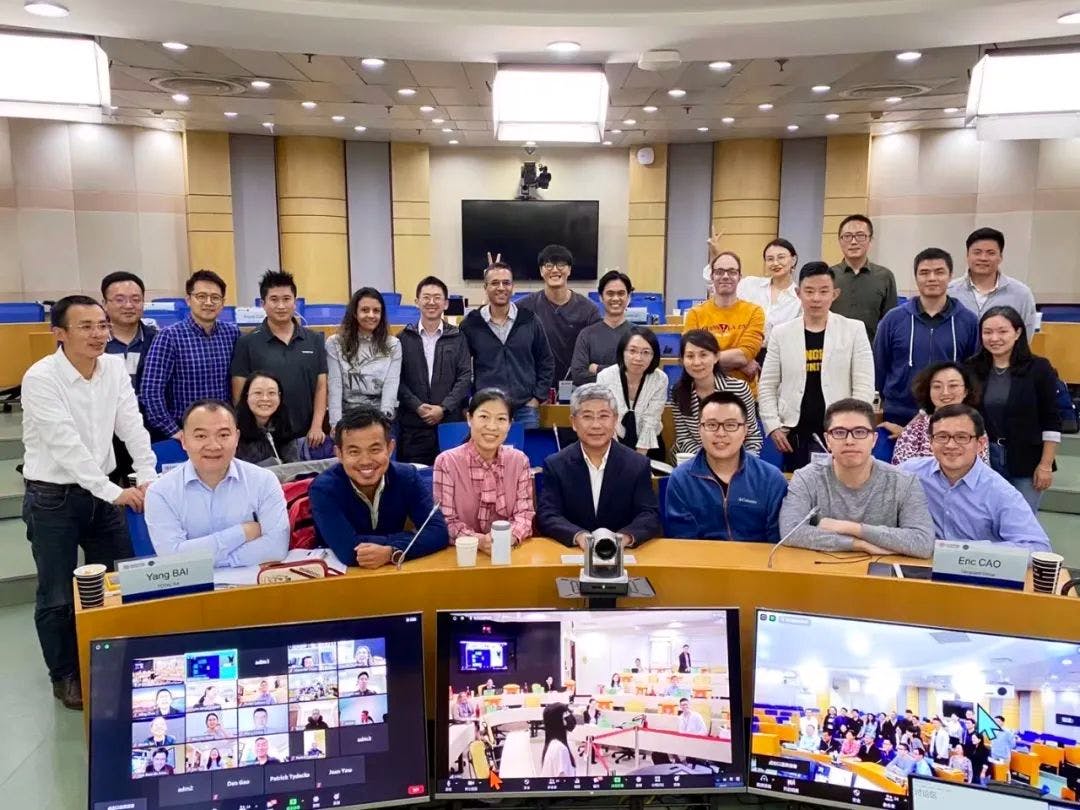 When asked about what he gained in his study, Daniel said the fruits he harvested were far beyond his expectation. This first-hand experience said more than words.

According to Daniel, the biggest gain is that TIEMBA has greatly broadened his horizons. Years of working experience in fast-moving consumer goods and marketing concentrated his knowledge and experience to such fields. But as a member of TIEMBA Class of 22, he found that only he has this professional background, and the other students are elites from other industries, ranging from finance, manufacturing and energy to venture capital, government and the Internet. The diverse backgrounds brought by other students have exposed Daniel to unprecedented industry experience and perspectives. TIEMBA’s unique curriculum design and cutting-edge teaching content allowed Daniel to overcome his limits and expand his visions, and had the opportunity to systematically and comprehensively learn business management. The new knowledge enables Daniel more skilled and confident to deal with his daily management work. His colleagues can also feel these changes, and he said with a smile that, “This is process of learning by doing and the result of making the best of what I have learned.” 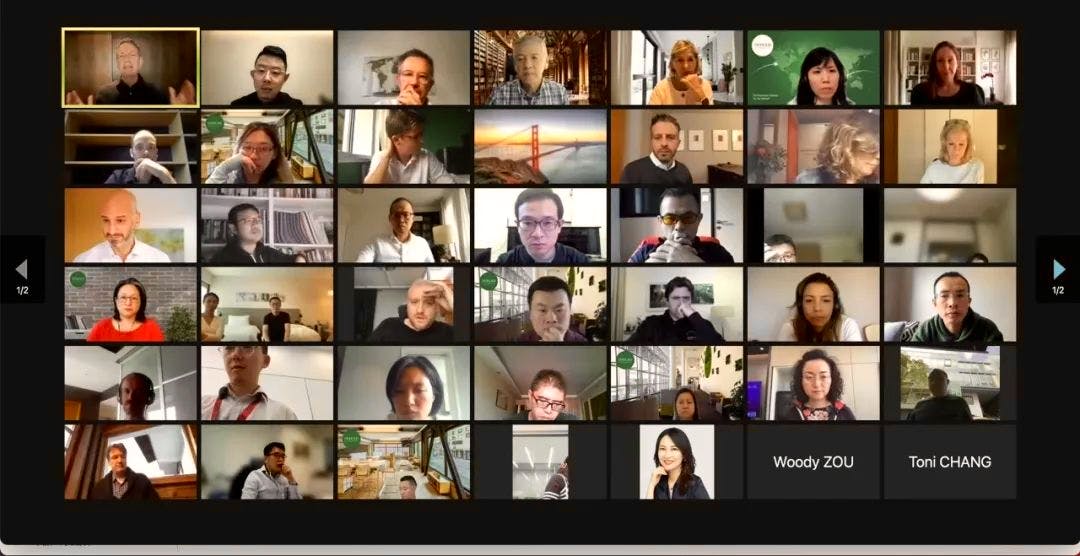 What also impressed Daniel is the rigorous study style and the good learning atmosphere. Pre-class preview, class discussions, homework and exams showed that everyone was hungry for knowledge and meticulous about learning. What moved Daniel was that students here were ready to help each other. When he was confused what he learnt in a certain discipline or encountered some difficult in his research subject, his fellow students from various industries would give him big support. They explained to him patiently, discussed with him on the phone at midnight and guided him to finish the tasks in a teamwork assignment. Everyone’s sincerity and meticulousness touched him deeply. He also felt amazed at the strength of teaching performance. Those giving classes are the leading figures from some industries and the homework was corrected by renowned professors. The student-teacher interactions in classroom discussions were also impressive.

TIEMBA programme enjoys a global alumni network of two top business schools – this is a statement that Daniel agrees with. Through this programme, he got acquainted with many MBA and EMBA teachers and classmates from INSEAD and Tsinghua University. Due to the openness, students could get easier access to alumni resources and career opportunities. “The people from different backgrounds that I have made friends with in the past two years are more than those in the past ten years.” In addition to the alumni network, he has also gained classmate friendships that last a lifetime. Those in their thirties and forties would cherish more their hard-won study time, and their friendship become more deeply rooted. In our spare time, we will get together for sports, camping, drinking, reading, and discussion, and from time to time, we also visit the companies of our classmates for study and exchange. 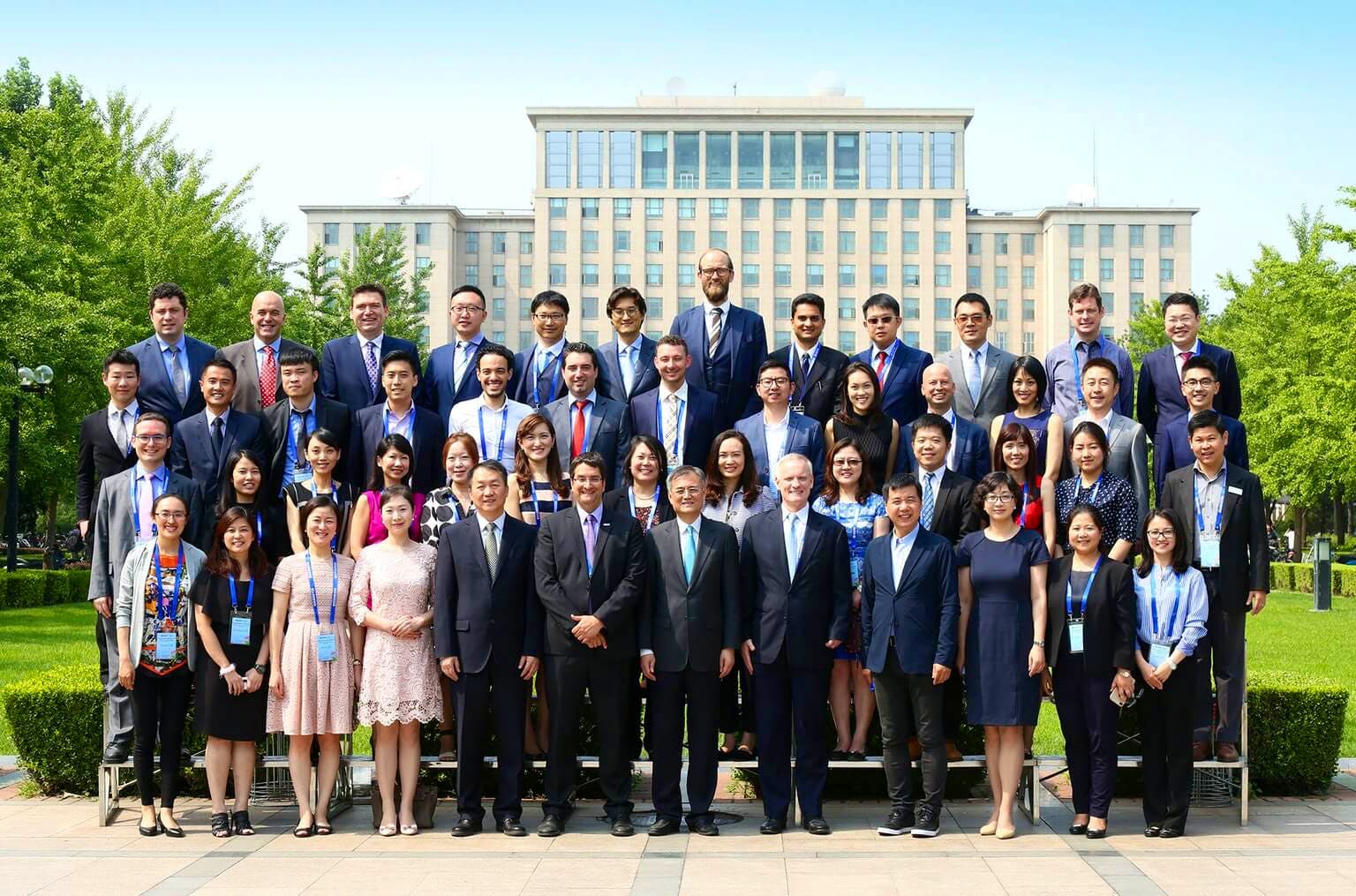 TIEMBA also inspired Daniel to have a more positive attitude towards life. Motivated by the slogan “No Sports, Then No Tsinghua”, he takes physical activities regularly. He attended the online academic lectures organized by Tsinghua or INSEAD every week. No matter how busy or tired he was, he read a book every week, which is a habit formed since he got down to his project. What he learnt in the classroom was extended in his after-class reading and tested in practice, so that the two years of study will continue to play a role in his work and life.
Speaking of TIEMBA, the life at the Tsinghua Park is unforgettable. Even though leaving the campus for many years, Daniel goes back to the campus in his spare time. Sometimes he stayed at the library for a whole day, ran around the campus, had meals in the dining hall, or spent a whole afternoon by reading in a coffee shop. There seems to be a kind of power at the Tsinghua Park, which makes people return to the simplicity but meanwhile inspires people to forge ahead. The campus’ beauty across four seasons can always help people find peace of mind and inner calm. Walking on the campus, he could be inspired to find solutions to many business problems.

Time flies. Daniel has some pities during his two-year study that he could only attend the study session held by the campuses in Singapore, Fontainebleau and Abu Dhabi via video link due to the epidemic. Classmates scattered all over the world never really met face to face. But it was precisely because of this that everyone cherished the time they spent studying together and engaged in extracurricular exchanges more actively. They also promised that they will get together in different parts of the world when the epidemic ends. When asked about the future, Daniel is full of expectation. The two-year study enables him to find a door that opens to a wider world: unprecedented opportunities, a more mature mentality, more solid knowledge, and a spirit of pursuing the best. His life is filled with endless possibilities.

Ranked #3 by the Financial Times in 2018, the Tsinghua – INSEAD Executive MBA (TIEMBA) is a unique partnership between INSEAD, one of the world’s leading business schools, and Tsinghua, one of China’s most prestigious universities. The programme takes place across INSEAD’s three campuses in Singapore, Abu Dhabi, and Fontainebleau (France), and Tsinghua’s campus in Beijing.

As a participant, you will exchange perspectives within an elite, dynamic, culturally diverse class of experienced managers and be part of two powerful alumni networks. The TIEMBA is where life-changing leadership development meets the technical mastery of key business disciplines. And both make an immediate impact on your organization. It is the best of East and West, learning and working, technical knowledge and soft skills — in a single programme.

Applications for 2023 Intake are open now!