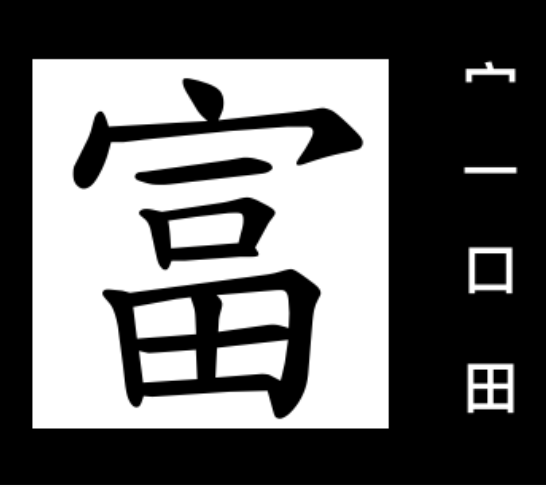 It is made up of four parts: It bottom part 田 tián is the character for field The next part up 口 kǒu is a mouth The next part 一 yī is 1 The top part 宀 mián is a roof.

Together it means that you have food from the field available to eat at home (under the roof). Each part also looks very similar to what it is supposed to mean. 田 looks like an irrigated field 口 looks like an open mouth 一 looks like the number 1 宀 looks like a roof with a chimney.

It is much more interesting, and far more efficient, to learn Chinese this way.

For example now you automatically can guess the general idea of hundreds of Chinese characters.

For example, any character with 口 is something similar to a mouth 叫 means to call someone 喝 means to drink 咖啡 coffee has many mouth characters in it