Introduction to University of Science and Technology Beijing (USTB)

The University of Science and Technology Beijing (USTB) was founded in 1952 following the amalgamation of the best departments in related fields of five eminent universities as a result of a nationwide reorganization of the higher education system. Over half a century of remarkable growth, it has developed into one of the most influential key national universities sponsored by the Chinese Ministry of Education. USTB is renowned for its study of metallurgy and materials science.

About University of Science and Technology Beijing

USTB is extremely famous for its study of metallurgy and materials science. While engineering is the focus, it maintains a balanced program of science, management, humanities, economics and law.

In 1997, USTB became one of the first 33 universities in China that are entitled to establish state-approved graduate schools. In the same year it was listed in the first group of universities chosen to be part of China’s “211 Project”, which is designed to develop a hundred first-rate universities in the 21st century. In 2006, USTB was selected as one of the few pilot universities for the “Platform for National Advanced Disciplines Innovation” program.

USTB values greatly and will for ever cherish its long tradition of being “Rigorous in Learning and Research and Venerating Practice”. Over 100,000 graduates are contributing to society all over the world; most of them have become professionals and joined our national elites in the field of politics, economics, science and education.

In scientific research, USTB hosts two national key laboratories, two national engineering research centers, two national science and technology platforms and 17 ministerial open laboratories and research centers. USTB is particularly strong at solving technological problems in the modernization of metallurgy and materials production, as well as at developing new technologies in these and other industries. In the two phases of the “211 Project” already completed, USTB has won four First Prize awards in the National Prizes for Progress in Science and Technology, which ranks as a national record.

USTB is one of the first groups of universities to accept foreign students. Since 1954, several thousand foreign students from 114 countries in Asia, Africa, Europe, and America have taken degrees or completed their studies here. So far, it has cultivated foreign students of various levels and various types, including doctors, masters, undergraduate students, advanced scholars, ordinary trainees, Chinese language students and internship students. A large number of foreign friends have made accomplishments after learning here, which promotes USTB’s international
communication and cooperation. So, foreign students who have ambitions are welcome to study in USTB.

USTB is now working hard towards its goal of becoming one of the top-ranking research universities in China and an internationally renowned higher education institute with its own distinguishing features.

Beijing is well-known for being China’s governing city, as well as its capital. Beijing is a fascinating place steeped in culture, adventure and surprises! When choosing Beijing the main thing to remember is to expect the unexpected! For history, culture & an authentic Eastern experience, the city of contrasts is the place to choose. 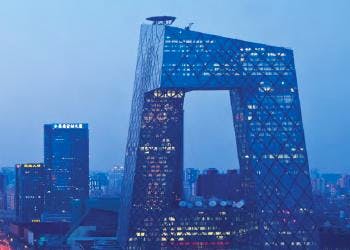 USTB attaches great importance to the overall development of students and provides a rich variety of extra-curricular activities ranging from science to sports, culture and the arts to fulfil students’ high expectations of their campus life. Students have been able to improve their abilities remarkably. They have distinguished themselves in competitions held both at a national level and by the Beijing Municipality. The science team won the championship in the second and fourth “CCTV National Student Robot Design Competition”. Sports teams have won many gold medals in competitions at all levels.