Introduction to South West University of Political Science and Law

The school’s success has been escalated by its adherence to its motto “Learn extensively, practice devotedly, embrace virtue and stress law”, promoted by its operation idea “Teaching solidities the school, talents thrive the school, research strengthens the school and managing the school according to law”, and embodied in its spirit of “Vision, Effort, United and Discretion”. In October 2012, the Ministry of Education and the Chongqing Municipality entered into an agreement to jointly sponsor the development of the school.

SWUPL currently offers bachelor, master’s and doctoral degrees, with its economic law and procedural law being national key programs. It has a bias in legal sciences and seeks an all-inclusive coordinated development of philosophy, economics, literature, management, and engineering.

The school has its location in Chongqing, a major city located in the Southwest of the People’s Republic of China. The city is one among the four municipalities that are governed by the central government, and the only municipality located far away from the Coast. The city is one of China’s tourist attraction centers. It holds abundant tourist resources, and in 2012 was ranked among the top 10 tourist attractions in the world by Frommer’s; a famous tour guide of the U.S.

There are 2 types of scholarships offered to students at SWUPL. They include:

Currently, the school has two campuses. The main campus located in Yubei while the other campus is located in Shapingba district, together covering a total area of more than 3000 mu (approximately 500 acres, or 2 kilometers squared). The Yubei campus is the education center for undergraduates and postgraduates, while the Shapingba campus was founded for continuing education and cadre training.

The city is also strategically placed at the conjunction of Yangtze River and the Jialing River, surrounded by mountains and two rivers, which provide students with a view of beautiful sceneries in their experience of China.

Additionally, the school provides some free facilities including sports activities to its students. It encompasses a friendly student body and a cooperative supporting staff who are ready to help both in personal and academic problems. 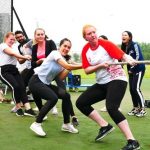 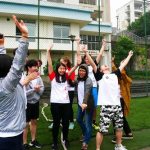 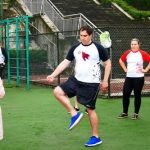 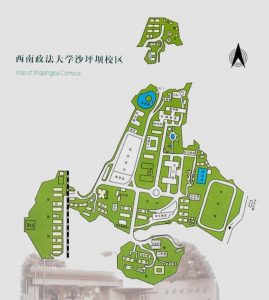 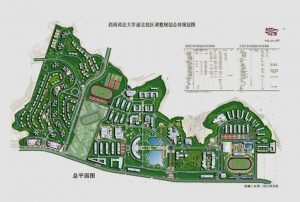 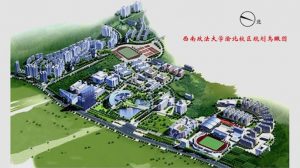 SWUPL encourages its students to participate in student associations. The associations have excelled in different fields over the recent years, for example, the Art teams won first prize in the 3rd Student Art Exhibition, a silver medal in the World Choir Games, and the 9th Chinese Music “Golden Bell Award”, respectively, as well as some other special awards.

In the Spirit of promoting the debate culture, the school established the Speech & Debate Association. The debates are carried out in various languages including English and Chinese mandarin language. The school’s Chinese debate team has participated in all levels of debating competitions and won the champion of the 8th Chinese Elite University Debating Invitational and of the 2010 “World Expo” Cross-Taiwan Straits Debating Competition: Imagination of Youth, respectively.

In 1979, SWUPL as it was then referred to, was conferred the power to offer Masters of Law (LLM). This and other postgraduate programs are offered at the Yubei campus, however, the school specializes mainly in Chinese Law LLM program. The program runs for about two years, and students should expect a vigorous curriculum that involves a combination of coursework, research, and a master’s thesis. The programs afford students valuable China experience and prepare them for in their career either in China or abroad.