The name of the university “Jinan” comes from “The Tribute of Yu” in the Book of History, one of the Confucian Classics, which reads, “Reaching Eastward to the North and South, we shall spread the culture far and wide”. The predecessor of the University was Jinan Academy, which was founded in 1906 by the Qing Goverrment in Nanjing, and then moved to Shanghai. In the year 1927 it was renamed as “Jinan National University.” During the Sino-Japanese and Pacific Wars, the University operated from Jianyang, Fujian Province and returned to Shanghai in 1946. As the People’s Republic of China was being established, in August 1949 it was merged with Shanghai’s Fudan and Jiaotong Universities, but by 1958 it had been reestablished as independent institution and moved to the city of Guangzhou in China’s southern province of Guangdong.

Though going through ups and downs with the history of the nation since its founding in 1906, Jinan University has never lost its way in the pursuit of truth and knowledge. Under the guidance of the school motto “loyalty, sincerity, integrity and respect”, in line with the aim of “modernization, internationalization and comprehensiveness”, Jinan University has been developing quickly in recent years and has turned out more than 200,000 graduates.

In 1996, the university was selected to be one of China’s “One Hundred Key Universities”. Since then, Jinan University has successfully realized a major move forward in the development of instruction, scientific research and social services. By 2007, Jinan University had gained an “Excellent” ranking from the National Undergraduate Education Appraisal Task Force organized by China’s Ministry of Education.

Jinan University has been active at academic exchanges, and has established academic cooperation or academic exchange liaison with 252 universities and research institutes in Asia, America, Europe, and Oceania.

Currently there are 46,949 students in this university, including 10,412 graduates and 20,926 undergraduates. The number of overseas students, including foreign students, overseas Chinese students, students from Hong Kong, Macao and Taiwan, amounts to 11,828. Different cultures converge and blend here. Jinan University welcomes you as well, for we believe your coming will add more new things to this old university and we believe you can also get a rewarding experience from here.

About the International School

International School is a college which provides programs taught exclusively in English. The School was established to cater to the escalating needs of Overseas Chinese and foreign students and selected high-caliber students from China. It is dedicated to the cultivation of talented youth who can adapt to an international environment. The textbooks for all the programs are original English editions, allowing the curriculum and administration to meet international standards. The School is under the unified coordination of the University and is jointly run by with the University’s professional colleges and departments.

Arts, sports, technology and social practice are critical to students’ comprehensive ability cultivation. The diversified campus culture is not only good for students’ physical life but also for their mentality.

Various associations play a great role in students’ extracurricular life. Frequent competitions and activities are organized to colorize the campus life. Every year the university organized tour around China for overseas Chinese students, aiming to let them to be proud of being a chinese as well as promoting friendship between Chinese and overseas students through bringing them to prosperous history and splendid culture of China.

Students have organized dozens of associations and societies, carrying out various recreation and sports activities. Students with whatever hobby could always find his peers in different clubs.

Shao Yi-fu Gymnasium of the university is a multi-functional complex in line with the standards for international competitions. Besides, the university has a standard stadium for track and field events, courts for basketball, volleyball, tennis and table tennis and two swimming pools as well. 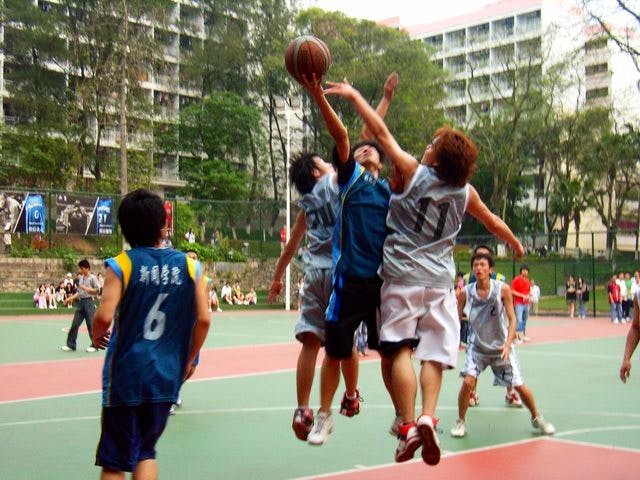 Jinan University takes an active part in many extracurricular activities. In 2001, the team from JNU won the 6th place in the National Challenge Cup, a competition for students’ creativity and scientific innovation. The same year also saw a student from JNU win the Best Performance Award in the National English Debate Contest. The Warm Touch Group of JNU was evaluated as one of the “100 Best Volunteer Programs “in the country.

PhD in Chemistry Engineering and Technology

PhD in Chemistry Engineering and Technology