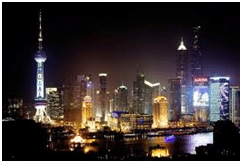 Shanghai is China’s largest city and its economic heart. Ever since the boom in the early ‘90s, the city has become more and more international as well as important. Besides the financial and industrial sectors, it is also an important cultural center of the “Middle Kingdom”. Hutong School is located conveniently in Shanghai’s French concession where European architecture meets the modern Chinese skyline of the Jing’an business district. 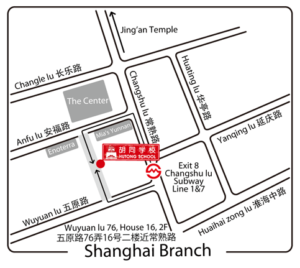 Living in Shanghai is an incredibly fun and illuminating experience. From the European style of the Former French Concession to the traditional Chinese shíkùmén 石库门, you might fall in love with this international business hub!

If you are planning to stay in Shanghai for a relatively long period of time, it would be wise to buy a rechargeable Shanghai Public Transportation Card which can be used to pay for subway, bus, ferry, and taxi rides. The card can be purchased at any subway station.

The subway is Shanghai’s fastest and most efficient form of public transportation. It stops at all main attractions and commercial areas and it’s pretty easy to navigate. The stations are clean and there are maps in English and Chinese. But it has its disadvantages as well – at peak times (7am-10am and 5pm-7.30pm) it can get extremely crowded. Also, the subway stations close before midnight every night.

Taking a taxi is a fast and convenient way to get around Shanghai. There are approximately 45,000 taxis, operated by over 150 taxi companies, which explains all the different colors of the taxis. An official taxi has a meter, taxi driver registration or license and a vacancy disk. If your taxi doesn’t have all of these, it’s probably unlicensed! Do not take unlicensed taxis , because the drivers overcharge, and you have no rights if injured.

In some taxis you will find a certain amount of stars just below their registration number. The number of stars denotes the quality of their service. More stars indicate that the driver knows his or her way around Shanghai very well, understands some English, and drives safely.

Buses in Shanghai are identified either by numbers or Chinese characters.

Ticket prices vary depending on the category of the bus line and other conditions, but one ride typically costs 2 CNY. Tickets are purchased on the bus. You can pay with your Transportation Card or insert coins into a steel collection box next to the driver. Sometimes, there is a conductor on the bus. Most buses running on downtown streets are self-service with no conductors. So make sure to have some loose change, because the bus drivers aren’t allowed to handle cash.

In China, cars are not required to yield to pedestrians. So the moment you step outside and onto the streets, you really need to watch out. When crossing a street, a green pedestrian light doesn’t necessarily mean it’s safe to cross the street. Check all directions of traffic, because cars will not stop for pedestrians even when the pedestrian is obeying all laws. Furthermore, there is a traffic rule that allows cars to turn right, even when the traffic light is red. Never let your guard down when navigating the streets of Shanghai.

In Shanghai, riding a bike is a common, inexpensive way of getting around. But be careful! Riding a bike can also be very dangerous. The roads are crowded and can be extremely chaotic. Cars, motorcycles, and mopeds do not follow the traffic rules well, making cyclists vulnerable to accidents. There is still a long way to go for Shanghai’s bicycle environment.

Shanghai offers a wide variety of culinary options, from Asian food to Western food, from roadside stalls to Michelin-star restaurants. There is no doubt that you’ll find something you like.

The Bund (外滩; wàitān) is the most popular but often the most expensive area to go clubbing. What makes it so pricey is that most clubs have an amazing view of Pudong and the Huangpu River. One of the most exclusive bars in Shanghai is Bar Rouge, a lounge with a French-Shanghai atmosphere. Another famous bar with a view is Mint, famous for its shark tank at the entrance.

The Former French Concession (法租界; fǎ zūjiè) is one of the biggest clubbing areas. Close to our school is the Mexican club Zapatas, well known for bar-top dancing and free tequila every hour. If you want a more local experience, go to the club No. 88. In the Former French Concession, you will not only find many clubs, but also restaurants and wine bars. The closes wine bar to school is called Enoterra. If you want to relax with a nice cocktail, stop by Brownstone.

In general, clubbing in Shanghai is more expensive than in Beijing. But luckily, at some places you won’t have to spend that much money.

Shanghai is known as one of the shopping paradises of China. Whether you’re looking for local specialties or international brand names, you’ll be sure to find them here.

Nánjīng Lù (南京路) is the most famous and most popular shopping street in Shanghai. With over a million visitors every day, it’s considered to be one of the busiest streets in the world. The street is divided into two parts: East Nanjing Road and West Nanjing Road. The eastern part of the street, stretching out from the Bund and into Huangpu District, is home to the city’s oldest retail outlets and plenty of local specialty shops. The western part of the street begins at People’s Square and continues up to Jing’an District. There you will find more luxurious boutiques. 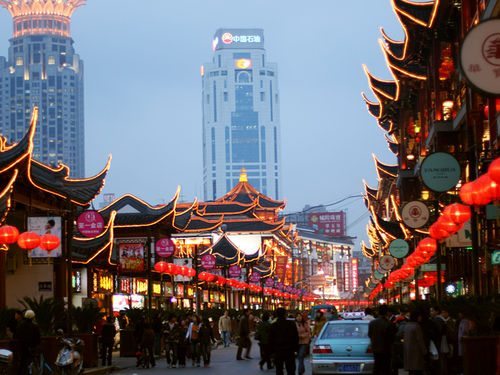 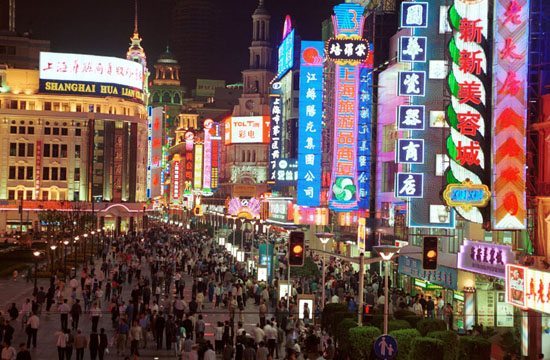 Even if Shanghai offers a lot of different places to visit, China is a great country to travel in general. If you want to spend some days around this huge city, here are some really interesting destinations.

"What separates Hutong School from all the other schools is the staff: everyone is nice, welcoming and engaged. The classes are very involved, and the group environment serves well for practicing speaking. After a few months, I was speaking Chinese well enough to be hired in a full time management position in Shanghai."
Max USA