Introduction to Harbin Institute of Technology

Founded in 1920, Harbin Institute of Technology (HIT), with science, engineering and research as its core, encompassing management and liberal arts, economy and law, is now developing into an open, multi-disciplinary and world-class university. In the latest US News 2016 engineering college rankings of the world, Harbin institute of technology ranking Number 7.

About Harbin Institute of Technology (HIT)

Harbin Institute of Technology (HIT) was founded in 1920. From its beginning, HIT has received preferential support from the central government. In 1954, the Ministry of Higher Education designated, for the first time, six national key universities. HIT was the only one of the six outside of Beijing. In 1984, HIT again found its way onto the list of 15 national key universities to receive special support.

In 1996, HIT was among the first group of universities to be included in Project 211. In 1999, HIT was listed as one of the top nine key universities in China. This distinction provided HIT with the opportunity to develop into a highly-competitive first-rate university with the assistance of the Ministry of Education and the Heilongjiang Provincial Government.

HIT is consistently on the forefront in making innovations in research. For years, Harbin Institute of Technology has continued to undertake large-scale and highly sophisticated national projects. HIT has been making great contributions to China’s hi-tech research by creating many new inventions in scientific research fields.

The micro-satellite ‘Testing Satellite No.1’, constructed mainly by HIT, was the first fully developed and launched satellite by a Chinese university. The technical advancements on the satellite meet international aerospace standards and mark a new chapter in the history of HIT and China’s history of astronautics.

HIT is famous for its original style of schooling: ‘Being strict in qualifications for graduates; making every endeavor in educating students.’ Harbin Institute of Technology graduates have been warmly welcomed by employers throughout China.

Harbin Institute of Technology has remained an international university since its foundation. Courses at HIT used to be conducted exclusively in Russian and Japanese. After the reforming and opening to the outside world, HIT has gained greater weight in the world. So far, HIT has signed academic cooperation agreements with 126 institutions of higher education in 24 countries such as the United States, the United Kingdom, France, Germany, Japan and Russia. Cooperation and exchanges are carried out between HIT and these universities though exchanging students, faculty and research staff, holding academic conference and cooperating in scientific research. 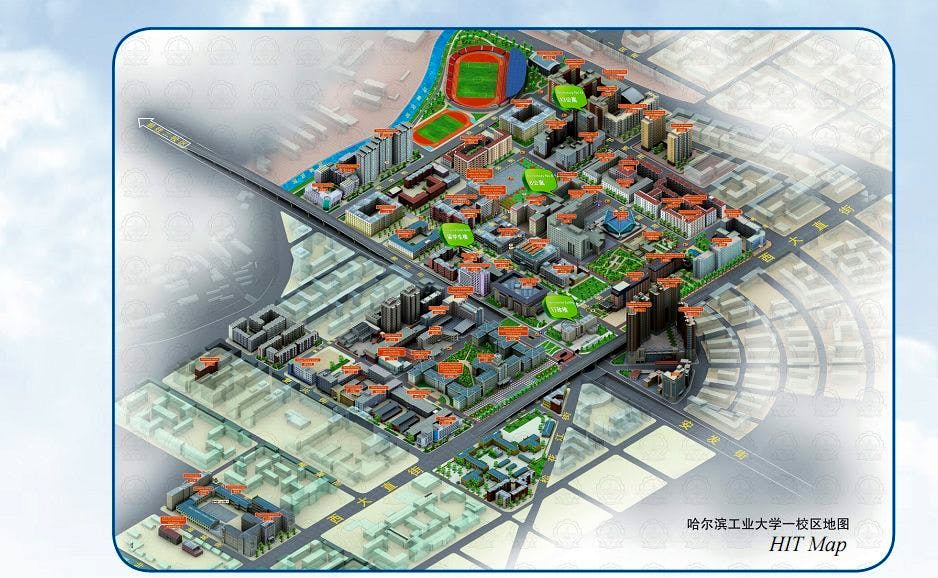 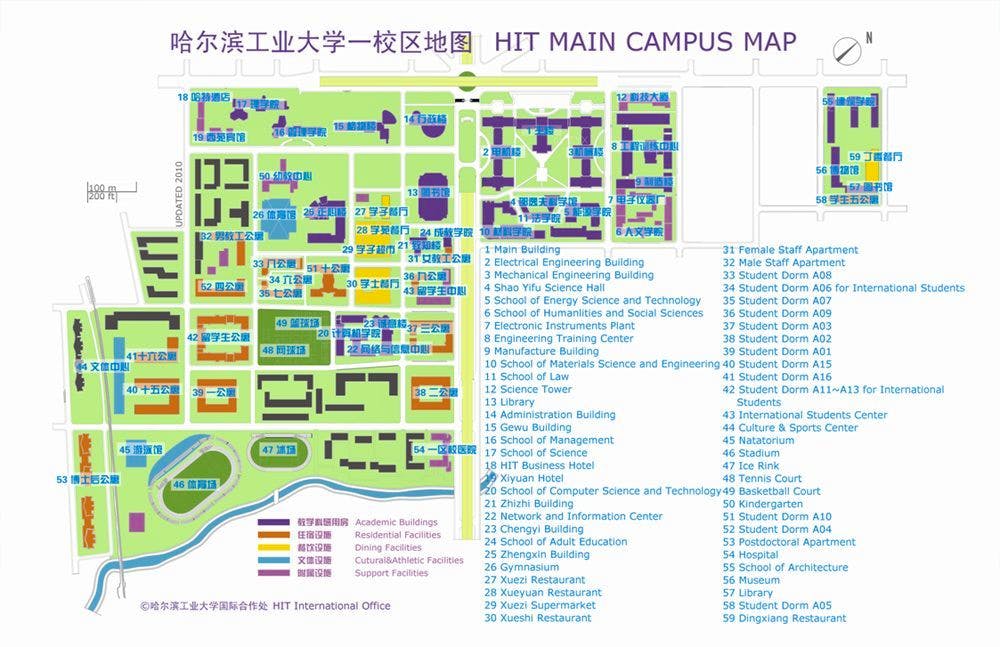 The basic task of the center is recruiting various types of international students, strengthening the communication of education and culture between schools in different countries, promoting cultural diversity and the standard of internationalized school vigorously, boosting the construction of world-class universities.

Harbin is the capital and largest city in Heilongjiang Province in Northeast China. With a population of 10 million, it is the sixteenth largest city in China and home to Snow and Ice World – the internationally renowned, breathtakingly beautiful, city of ice brilliantly illumined along the banks of the Songhua River.

Harbin is an eclectic city with ample evidence of its rich cultural history. The unique blend of oriental and European architecture dates back to the turn of the 20th century when the Trans-Siberian Railway met the Chinese Eastern Railway and Harbin was considered China’s fashion capital as new designs from Paris and Moscow arrived in Harbin before Shanghai.

While Harbin is a bustling city spanning the banks of the Songhua River, it is only a short distance from the popular Yabuli ski resort, Siberian Tiger Reserve, Zhalong Nature Reserve, Wudalianchi Crane Reserve, Jingpo Lake and Diaoshuilou Falls. There are activities to enjoy in all four of Harbin’s distinct seasons.

The people of Harbin are friendly, passionate and forthright; they are eager to meet people from different cultural backgrounds.

Harbin has long, cold winters and cool, short summers. Between July and September, the city becomes a pleasant summer resort, averaging temperatures of 20 oC. Harbin winters can be cold, with temperatures plummeting as low as -15 oC. Snow starts as early as November and the coldest month is January. However, the winter months are a great time to visit Harbin, when the city is a fantastic world of snow and ice.

Living on Campus at HIT

Bachelor’s in Chemical Engineering and Technology

Bachelor’s in Chemical Engineering and Technology

"For me, I was expecting an expensive city like Beijing or Shanghai, but it everything here in Harbin is fairly affordable. The classes at HIT are okay, the environment is still developing but it is fine for student's life."

"The University is perfect in terms of education, the lecturers are good. But the most part I like is that the Chinese language teachers are very good."