Hainan Medical University (HMU) is located in Haikou, the capital city of Hainan Province in China. Founded in 1993, it is the only medical university directly under the Hainan Provincial government and approved by China’s Ministry of Education.

The current college was created in 1993 with the approval of the central government. In 1951, two private medical colleges were merged to form the Hainan Specialized Medical School. These two colleges were Haiqiang Medical Vocational School (created in 1947) and the Medical College of Hainan University (established in 1948).

The University now offers 27 specialties in three different medical disciplines to undergraduates, including medicine, science and management and 21 specialties for a vocational program. The university hosts 15 schools and departments，e.g. School of Clinical Medicine, School of Vocational Education and School of International Education etc. There are 6 provincial key disciplines, 4 provincial key laboratories, 15 provincial excellent courses, and 3 provincial key courses. There are 80 teaching and internship bases and 4 affiliated hospitals, one of which is directly under the HMU. To date, HMU has enrolled over 12,000 Chinese students and more than 100 international students.

The university has three campuses with 139 hectares of land, located on Chengxi Road, Longhua Avenue, and West Coast. Currently, there are over 2299 faculty and staff, doctors and nurses in the university, among whom more than 157 are professors and 317 are associate professors.

Haikou, known as the ‘Coconut City’, is the capital of Hainan Province, China’s second largest island. The city features beautiful sunshine, crystal water, and soft sand. It is the provincial administrative center of Hainan as well being the focus of the local economy, culture, and transportation. It stands at the northern end of Hainan Island, on the west bank of the Nandu River estuary. This river is the longest on the island and the city’s name appropriately means ‘Mouth of the Sea’.

Haikou has evolved from a simple sightseeing city to an attractive seaside resort and business center. The services for visitors to the city are being extended with the aim of establishing the city as Southern China’s key center for tourism.

Administratively, Haikou is a prefecture-level city, comprising four districts, and covering 2,280 square kilometers (880 sq mi). There are 2,046,189 inhabitants in the built-up area all living within the 4 urban districts of the city.

Haikou was originally a port city. Today, more than half of the island’s total trade still goes through its ports. 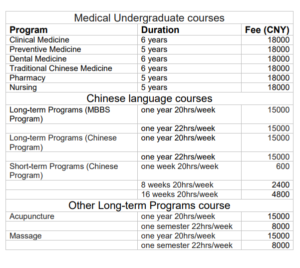