Introduction to East China University of Science and Technology (ECUST)

East China University of Science and Technology (ECUST), is a prominent research-intensive university established in 1952, and directly authorised by the Chinese Ministry of Education. It was originally formed with a major focus on chemical technology, however, it has since developed to an extensive university that covers a vast area of academic disciplines. The university as well offers a large variety of majors. 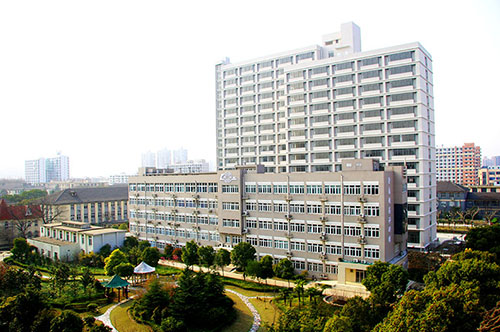 Double First Class Discipline University alternatively referred as Double Top University Plan, is an initiative by the government of the People’s Republic of China, to adequately transform a group of elite Chinese universities and individual university departments into world class universities and disciplines by the end of 2050.

ECUST is located in Shanghai, the largest city in the People’s Republic of China. It has its main campus at Meilong Road in Xuhui District, in the southwest of downtown Shanghai and 17 kilometers from Hongqiao Airport. The school consists of two campuses and a science park in the Xuhui, Fengxian and Jinshan districts of Shanghai. Its official address is 130 Meilong Rd, Xuhui Qu, Shanghai Shi, China, 200237.

SCME hosts over 200 professors and among them, one is an academician CAS, 3 are Changjiang Distinguished Professors, 1 is a Scientist-in-Chief of the National 973 Program, 80 are professors, and associate professors of more than 20 PhD supervisors and 50 MS supervisors.

The university offers both degree and non-degree programs. The degree programs offered include bachelors, doctorate and master degree.

The popular Master degree programs offered by ECUST include:

Except for Applied Economy which is offered at RMB 35,000, the tuition fees for other doctorate programs are estimated at RMB 42,000. All of the programs are instructed in English and begin in September. They run for 3 years.

ECUST was initially established with a bias in Chemistry. As such, it has developed the School of Chemistry and Molecular Engineering (SCME). SCME consists of:

Center of Analysis and Test

The school is the proud home of two national key disciplines (Applied Chemistry and Industrial Catalysis), a Shanghai key discipline (Fine Chemistry), a national laboratory (Key Laboratory of Advanced Material, Ministry of Education), the teaching base of Chemistry for nationwide engineering programs,  Demonstration Center of Chemical Lab of Shanghai, 3 national fine courses and 3 Shanghai fine courses. Every year, the school researchers are engaged in more than 10 major national R&D projects and publish over 200 papers with more than half of them searchable by SCI and EI.

There are various scholarships available to both local and international students at ECUST. They include:

PhD in Computer Science and Technology

PhD in Computer Science and Technology

Bachelor’s in Computer Science and Technology

Bachelor’s in Computer Science and Technology

I am fully pleased with my stay and my study in China. Thanks to the ECUST MBA I have the chance to improve my knowledge on Chinese market and slso to met a lot of locals. To my mind, it is one of the best ways to discover the culture, to make friends, to get some contacts and enjoy Shanghai night!