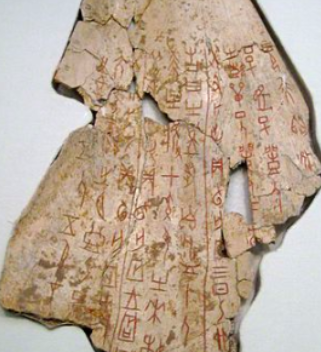 The truth is that it is difficult to know the origin of characters. Its possible that it started from pictures of writing and there was no single source. Are you interested in the four eyed myth? Check it out here!

There were first signs on pottery as early as 6500 BC, but whether they constitute chinese characters is controversial because they only appeared independent markings, they can’t be classified as writing.

The earliest records we have found is from Oracle Bones, ox scapula or turtle plastron, and at this point the writing was quite developed.

The truth is that we don’t currently have the record of the writing before that. It is likely that it was written on something that decayed. 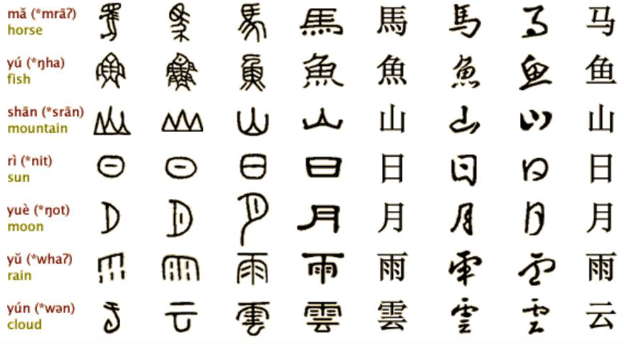 The earliest known writing comes from oracle bones (turtle shells with writing) were being sold in 1899 as ‘dragon bones’ for medicinal use when scholars discovered the writing on them. 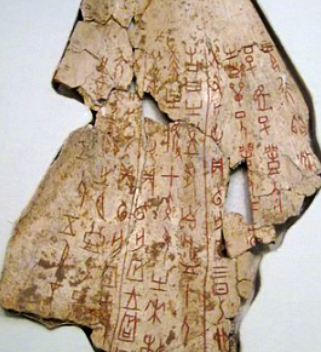 They found hundreds of thousands of these bones in 1928 in a village in Henan province.

It’s most likely there exists writing before this that was written on paper or wood but has since decayed.

Then came ‘bamboo books’, which are recorded on bronze sculptures. The seal script.