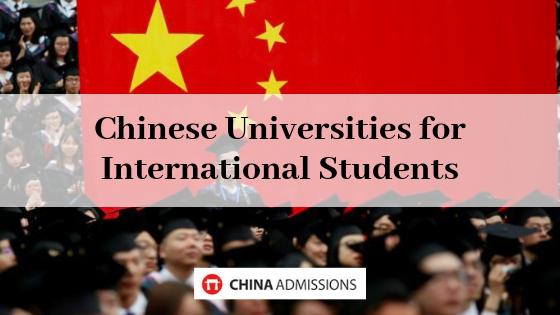 China is a dream destination for many people because of its rich culture and history. Aside from being an excellent tourist destination, it has one of the largest educational systems in the world.

In fact, China is home to top-ranked universities in China for international students.

Looking to enroll in a Chinese university? Read about the top universities in China for international students, and what sets them apart!

Every year, Tsinghua University consistently grabs the number one spot in the QS Mainland China University Rankings. The university ranks 17th in the entire world. It is often referred to as “the top university in the world for mathematics and computing.”

Besides its elite program reputation, Tsinghua University has one of the most beautiful campuses in the world. Forbes even agrees.

Fudan University is a world-renowned university that has been delivering quality education since 1905. It ranks 44th in the world, with programs focusing on science and technology. Fudan has an impressive 300 research institutes and five national key labs on its belt.

Zhejiang University (ZJU) ranks 68th in the world and 5th in China’s best universities. ZJU is located in Hangzhou. It has seven faculties and 36 colleges.

The university is one of the most proactive in China. ZJU nurtures your entrepreneurial spirit, helps you understand global issues, promotes innovation and encourages the development of artificial intelligence and technology.

Shanghai Jiao Tong University (SJTU) is one of the oldest universities in China. It has educated thousands of students in its 121 years of existence. The University ranks 59th in the world and 6th in China.

STJU offers a wide variety of programs which include 64 undergraduate courses. The university has won numerous education accolades and 47 national higher education teaching achievement awards have been presented to SJTU’s prominent faculty.

Nanjing University is popular for its internationally acclaimed faculty, active student body, and excellent student support services. The university also has many research initiatives and has a very strong science focus.

University of Science and Technology of China (USTC)

The University of Science and Technology of China (USTC) ranks 89th in the world and 4th in Mainland China. In partnership with the Chinese government, USTC produces graduates that are competent in science and technology. It is the first university to establish a graduate school in China. It also one of the most important innovation centers in the country.

From being in the 335th spot in 2015, Wuhan University had an impressive climb to grab the 257th spot in QS World University Ranking 2019. The university also ranks 9th in Mainland China.

WHU is a comprehensive and key national university which has the full support of the Chinese central and local government. It is one of the earliest national comprehensive universities in modern China.

SYSU is a university with over 100 years of history. This globally renowned university ranks 287th worldwide and 9th in China. Sun Yat-sen University is a top-tier school with more than five campuses in three major cities. SYSU is also a global center for scholars.

Formerly known as Tongji German Medical School, Tongji University is one of the oldest and most prestigious universities in China. Since its inception in 1907, Tongji University has rapidly developed into the university that it is today. It ranks 265th globally and 11th in China.

So there you have it, the top universities in China for international students!

The majority of these universities belong to the C9 League in China. They are elite universities with very high employability rates and are recognized globally. These universities produce future leaders in the world of politics, business, education, sciences, and the arts.

While a university’s ranking is good to consider when choosing where to study, it should only be a point of reference. Every university has its own strengths and weaknesses, and rankings are only one way to classify universities.

When choosing a Chinese university, it’s important to look at the whole picture. Know if a university can meet your needs, see if it has a unique culture, learn about its advantages and more.

Remember, consider ranking, but look at other factors when selecting a Chinese university.  You can check out China University Rankings on our site.

Need help choosing a course program and university? China Admissions is the online educational hub for international students who want to pursue a degree in China.

Start your China journey with ease, contact us now.