BFA (Beijing Film Academy) is the only film academy in China and the largest film academy in Asia. Through 65 years’ development, it has built up a multidisciplinary and multilevel cultivation system that embraces the entire spectrum of film-making, including production, teaching, creation and research for training advanced film talents. The famous Chinese directors such as Zhang Yimou, Chen Kaige, Tian Zhuangzhuang, Jia Zhangke and Gu Changwei all graduated from BFA – the cradle of Chinese film producers.

Our teaching philosophy is “prioritizing technological basis and fostering artistic spirit”. For decades, BFA has educated thousands of movie practitioners for China. Of the directors, photographers, artists and sound engineers who are currently active in China’s filmmaking business, over half had graduated from BFA. Several BFA graduates have won international film festival awards such as Cannes, Berlin and Venice for many times.

China has become the world’s fastest-growing film market. In 2012, China witnessed a box office of $ 2.7 billion, becoming the world’s second largest film market after the United States. With an annual output of over 600 feature films, China now has a growing need for filmmaking talents.

We welcome young people from all over the world who love movie industry and are willing to work in filmmaking area to join BFA and learn the art and skill of filmmaking together with Chinese students. We hope film talents from different cultural backgrounds can mingle and grow together here in BFA.

The school is equipped with four professional studios that contain the latest in state-of-the-art equipment from the industries top suppliers such as ARRI, Red, Sony, Kino Flo, Panther and Steadicam. Modern Post-production and color grading facilities are also available such as Quantel and Da Vinci. Our library covers an area of 2057 square meters with the collection of 325,600 books and 1897.0GB e-books.

Throughout the year we host some of Asia’s major film festivals including The International Student Film and Video Festival. We also invite big name Directors, Actors, Producers and Cinematographers. Past guests have included James Cameron and Ang Lee. 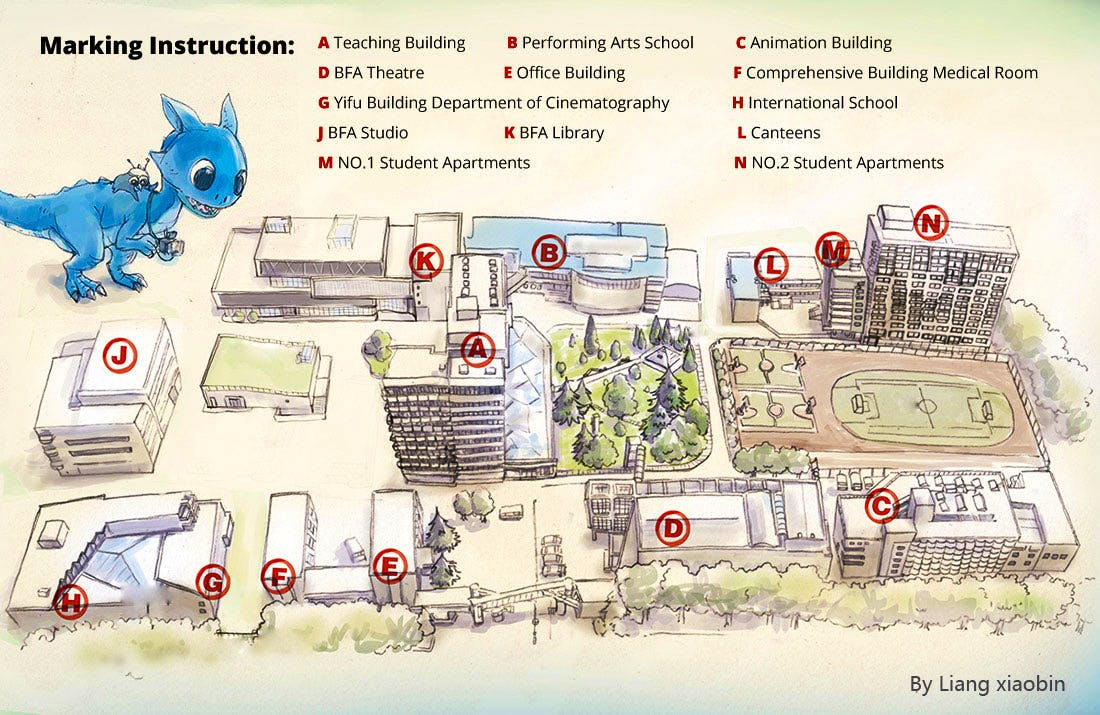 The Cinematography Department was established along with the Beijing Film Academy in 1950. For over 50 years the department has educated hundreds of specialized technicians who have made an impact not only in the Chinese film industry, but have gone on to be a part of exciting international productions.

The importance of the look and tone of a film falls on the Cinematographer or Director of Photography. That’s why at our department we not only pride ourselves on teaching the latest cutting edge techniques but we also finds a way for students to express their own individual language about the image.

Our department has faculty who have studied both locally and abroad and therefore we can offer a unique perspective about Eastern and Western techniques of shooting a film. Over the years the faculty, both old and new, have developed refined methods of teaching where students can easily grasp advanced concepts.

Students are given the opportunity to work with the newest camera and lighting equipment since we have partnerships will all the major camera companies like Arri and Red. We also believe that giving our students on-set experience is an essential step in the learning process.