Beihang University is regarded as one of the leading engineering universities in China. It has great influence on China’s aeronautical and astronautical industry. The chief engineers and commander of China’s Shenzhou Space Project are mostly alumni of the university. Beihang University plays and will continue to play a key role in China’s ambitious space exploration goals. 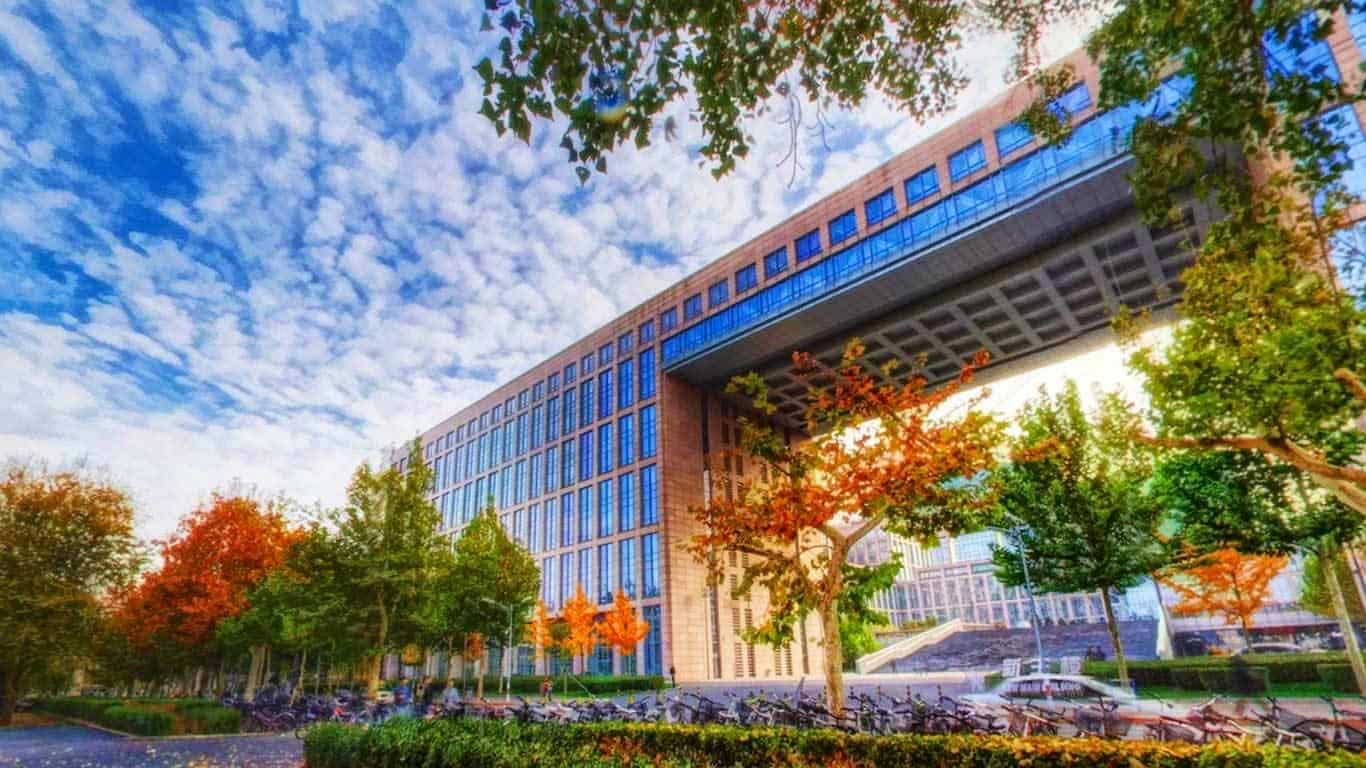 Beihang has traditionally been closed to international students until the early 1990s. In order to internationalise, Beihang University decided to offer large numbers of programs in English.

Today, Beihang University has one of the largest pools of English-medium programs in China which are open to international students. Beihang specializes in Engineering, but is also a comprehensive university that offers a wide range of subjects, from trade, and accounting to linguistics and law.

There are a total of 13,000 undergraduates, 10,000 postgraduates studying and 1,100 international students at Beihang.

Beihang University is located on Xueyuan Lu in Haidian District of Beijing. It is located close to Wudaokou (the student district) of Beijing. 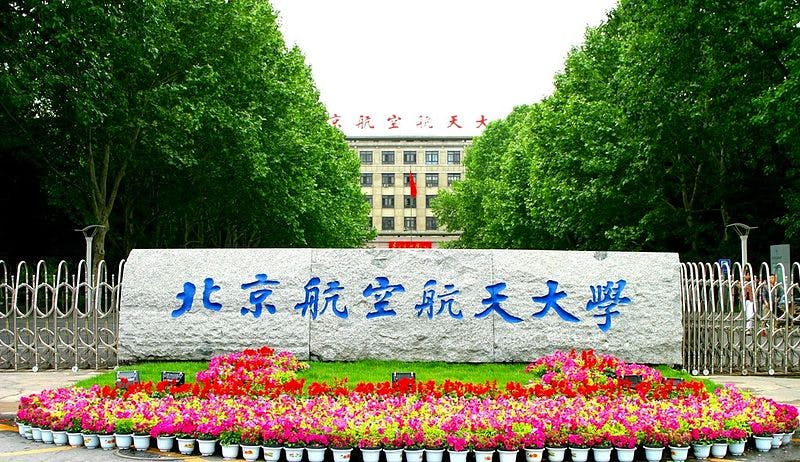 Beihang University has a beautiful campus with more than 50% of the campus covered in trees. The campus is divided into four parts: the teaching quarter, student’s living quarter, residential quarter, and the science quarter.

The campus is next to the High-Tech park of Beijing and the Olympic park. It is convenient for transport links, and has a number of services on campus including various sports facilities, a bank, post office and canteen. 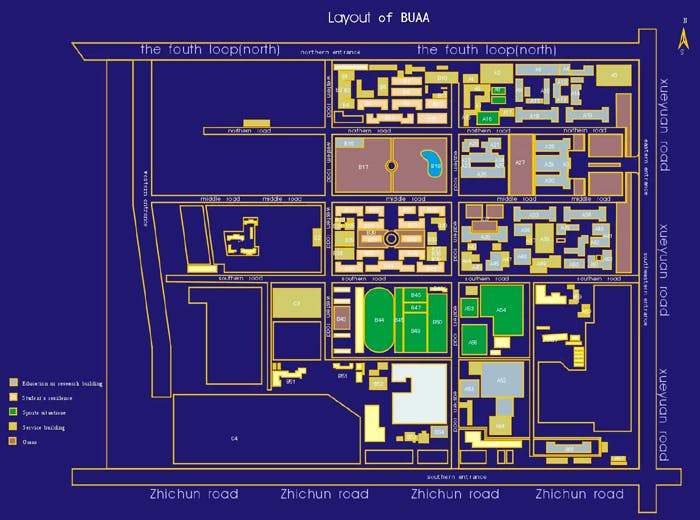 Beihang University Gymnasium is a 5,400 indoor seated arena. It was built specifically for the 2008 Beijing Olympic games and hosted the weightlifting.

The library was opened in 1952 and is 1,8000 square meters. It is a six story building (see pictures below). The library is open over 80 hours a week, and has a large collection of books (over 1.2 million), 1,235 periodical titles, hundreds of newspapers. There are over 2000 seats, 13 reading rooms, 2 study rooms and a teaching room.

There are also a number of online databases, which are available on the campus network. There are also inter-library loans with National Library of China, Tsinghua University and a number of other libraries that allow the faculty and staff to use the above libraries.

Beihang University has a large faculty of competent professors with international experience. The university has 3,300 faculty members who are experts on the national level, 11 Changjiang Scholars, 315 supervisors of PhD programs, and over 100 recipients of subsidies from the national government. The University’s faculty has the highest percentage of PhD out of all the Universities in China. Beihang places continued emphasis to develop the quality of the faculty.

Beihang has many student activities in science, technology, arts and sports. The Feng Ru Cup competition is named after Feng Ru (Alumni of Beihang), and is a competition in invention in science and technology.

Students can also participate in a number of sports at Beihang, with world class facilities, such as the Gymnasium, built specifically for the 2008 Olympics. Beihang’s Volleyball team is famous for winning the China College Volleyball competition many times.

"This is one of the best schools in China, especially in Astronautics and Aeronautics Engineering program. All the departments can teach in English, which is a good thing for foreigners. The accommodation is also awesome."

"Accomodation was as a very good aspect of my stay at Beihang. Professors were knowledgeable and the classes helped me to complement my studies in Spain. "

"China is quite a good place to live in especially Beijing where i have lived till now. To tell that i have never in the capital city center might seem a lie but that's truly how it is. I have been in China for more than 6months and all i have seen is convenience. Just down stairs where i live there are 5 goods stores, a bank, good restaurants including KFC, just across the road there is pizza hut, a pharmacy and several other convenience stores. Beijing has a very excellent transport network, ranging from cabs, subway system and public cycles. The domestic air transport system is also very good although the the bullet trains are quite a competitor. Beijing also have a consistent power and water supply. China is really a good study abroad destination. I honestly think one should consider China especially with the help of institutions like China Admissions you will get more than enough assistance pertaining to what you want to study and the best schools for that. Hoping to see you in China, Take care. I have already referred Anesu, Talent and Trevor. Will recommend more if i come across them. "

"BUAA is a university where the students not only learn but share their ideas with the professors to enhance the knowledge. "